The Victoria’s Secret Fashion Show has been around for over 20 years. It first aired in 1995 as a much more low-key event with only two cameras and has since evolved into much more of a spectacle. Over the years, the show has had its fair share of controversies, and while some of them flew below the radar or are now long since forgotten, there are a number of others that have just happened. Here are 8 shocking Victoria’s Secret controversies:

8. Pressure to be Lose Weight

In 2016, Erin Heatherton revealed that she dropped out of the Victoria’s Secret Fashion Show in 2013 because she felt too much pressure to lose weight. “My last two Victoria’s Secret shows, I was told I had to lose weight,” she told The Telegraph. “I look back like, ‘Really?’ I was really depressed because I was working so hard and I felt like my body was resisting me. And I got to a point where one night I got home from a workout and I remember staring at my food and thinking maybe I should just not eat.”

The show has reinforced, whether intentional or not, impossible standards for beauty. In the 2012 show, Adriana Lima walked the Victoria’s Secret runway eight weeks after having her second child while Lily Aldridge was on the runway four months after giving birth. According to Lima’s personal trainer, she would work out twice a day, seven days a week to get back into shape for the show. “So we were working out twice a day, seven days a week, for two to three hours per session. We’d start around 9 a.m. and finish the first session around 11 a.m. or 12 noon. Then she’d be back in the gym at 5:30 p.m. or 6 p.m. to put in another couple of hours.”

Gigi Hadid made a surprise exit from the 2017 Victoria’s Secret Fashion Show, which was held in Shanghai, China. While she didn’t give a reason for why she pulled out, there are rumors that she did so because she wasn’t welcome in the country. After she announced that she would be walking in the show in August, her Instagram was flooded with angry comments. Some commenters called her a racist and it is assumed that this was a reference to a video that her sister Bella had uploaded a year earlier that showed Gigi squinting her eyes while holding a Buddha-shaped cookie to her face. Some suspect that this video prevented her from getting a visa to China.

After the 2016 show, Victoria’s Secret was accused of cultural appropriation. Cosmopolitan writer Helin Jung accused the brand of taking inspiration from China and Mexico and of holding a condescending attitude towards its Asian customers. “Even as the world gets more connected, a sexist, patriarchal, mostly white corporation continues to take what it wants for its own gain,” she wrote. “What condescension, for Victoria’s Secret to think that by wrapping a model in a dragon, it could connect directly with a new consumer in China.” She finished her critique of the company with, “stick to things that don’t have cultural reference.” This isn’t the first time that Victoria’s Secret has come under fire for cultural appropriation. In 2012, the brand faced a serious backlash when Karlie Kloss modelled a Native American-style headdress on the runway, which caused the company to pull all of the footage from broadcast and issue an apology on Twitter.

When Kendall Jenner and Gigi Hadid walked the 2016 Victoria’s Secret Runway with wings even though that they had not been given the title of full-blown Angel, and Martha Hunt – who is a contracted Angel for the brand – didn’t get to wear a single pair of wings, viewers took the social media to voice their displeasure. “The fact that Martha Hunt that is a angel didn’t get wings and Kendall Jenner got 2 is honestly disgusting #VSFS2016,” one viewer Tweeted, while another commented, “kendall jenner and Gigi Hadid do not deserve wings. What a mess.”

Katy Perry was set to perform at the 2017 Victoria’s Secret Fashion Show, which is going to be held in Shanghai this year, but she was banned from China indefinitely. When she reportedly tried to apply for a visa, it was denied by Chinese officials because of an incident from 2015 in which the “I Kissed a Girl” singer wore a bright glittery dress with sunflowers on it to a performance in Taipei, Taiwan, and waved a Taiwanese flag around. Her outfit caused widespread outrage because the sunflower had been adopted in 2014 by anti-Chinese protesters who want an independent Taiwan.

At the Victoria’s Secret Fashion Show in 2002, PETA protesters harassed Gisele Bundchen as she walked the runway with signs that read, “Gisele: Fur Scum.” They targeted her specifically because of her affiliation with the fur company Blackglama, which had given her £320,000 and two black mink coats to head its new advertising campaign. While the protesters were able to get up on the runway, they were then dragged away and arrested after the demonstration, and Bundchen’s segment was retaped.

1. The Show is Cancelled

In 2004, Victoria’s Secret was cancelled its annual fashion show after the Janet Jackson and Justin Timberlake debacle at the Super Bowl. The brand’s chief creative officer, Ed Razek, however, claimed that the main reason that the show was canceled was so that the company could find “new ways to promote the brand.” Instead of a fashion show, Victoria’s Secret chose to host “Angels Across America.” Gisele Bundchen, Tyra Banks, Heidi Klum, Adriana Lima, and Alessandra Ambrosio were all bussed to New York City, Miami, Las Vegas, and Los Angeles to meet fans, which turned out to be a very humbling experience for the models. 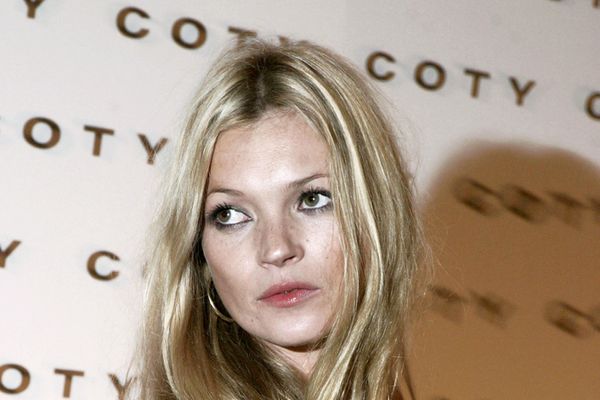