Dog the Bounty Hunter was a reality show that aired on A&E for eight seasons from August 31, 2004 to June 23, 2012. The show featured Duane “Dog” Chapman and his family as they located and arrested people who had broken the terms of their bail agreements. It’s been five years since the show officially went off the air, so check out these 8 things most people don’t know about the reality series:

8. How the Show Got Started

Chapman got his own show Dog the Bounty Hunter after he appeared on the show Take This Job, a program about people with unusual occupations. Audiences immediately loved Dog the Bounty Hunter because of his unique dynamic with his family and team, and because the show mixed street smarts, romance, arguments, teamwork, adrenaline-laced arrests with a philosophy of hope and second chances.

Bobby Brown sued A&E Television Networks, Hybrid Films, and D&D Television Production, over the misappropriation of his publicity rights as well as claims of breach of contract and promises, claiming that he appeared in and was principally responsible for 40 episodes of the Dog the Bounty Hunter. According to Brown, the series grossed more than $400 million in its seven seasons since 2004 and he was only paid $6,000 for his contribution, despite the fact that he played an instrumental role in the series. “While the series portrays ‘Dog’ and his team as assisting Bobby Brown with capturing difficult fugitives, in fact it was Mr. Brown who laid the foundation for each of these captures with meticulous preparation and research,” the lawsuit read. “In most cases, he postponed faster and less expensive options to capture the fugitives to ensure there was sufficient quality material for filming.” Brown claimed that he prepared extensive reports and worked at least 50 hours on each episode and he doesn’t believe the episodes would have occurred without his expertise and collaboration. Although he was asked to become a full-time member, he became convinced that the Chapmans didn’t intend to fulfill their promises, so he cut ties.

Production was halted on November 2, 2007 after an audio tape with Duane and his son Tucker using the word “ni—er” was released. In the tape, they were having a discussion about the word itself and talking about how Tucker’s black girlfriend might be sensitive to it. Tucker was the one who sold it to the National Enquirer and it was quickly picked by various print and broadcast media outlets. Duane apologized on CNN’s Larry King Live for his lack of sensitivity and vowed to educate himself and make amends for his actions. On February 19, 2008, A&E announced that the show would return as well as the reruns, and never-before-seen episodes from season four, which began airing on June 25, 2008.

On April 21, 2009, while filming season six, Chapman was allegedly shot with a handgun while he and his bail bondsman, Bobby Brown, were attempting to arrest a fugitive named Hoang Nguyen in Colorado Springs, Colorado. The shooting wasn’t captured in the episode, however. For attempting to shoot Chapman, Nguyen was arrested and charged with attempted murder, but the El Paso County, Colorado Assistant District attorney dropped the attempted murder charge against Nguyen due to lack of evidence and conflicting statements by Chapman, his son Leland, and bail bondsman Bobby Brown, and because they didn’t receive the requested video footage from the incident. In March 2011, Nguyen filed a lawsuit against Chapman, Brown, and Chapman’s sons Duane Chapman II and Leland Chapman, claiming that he lost his job because of the incident and needed to relocated as a result. He also alleged that he was shot and injured by pepper pellets.

In 2011, Dog’s sons Duane Lee and Leland Chapman quit the show after having an argument with their stepmother, Beth. Although Leland left the show, he didn’t leave the business. He now operates his own bond company, Kama’aina Bail Bonds, and runs his father’s business, Da Kine Bail Bonds, on the Big Island of Hawaii while Duane Lee moved to Florida.

Dog the Bounty Hunter was cancelled after eight seasons back in May 2012. According to Beth and Duane, they were unable to reach an agreement with A&E for a ninth season while one source said the cancellation were due to “creative differences.” This wasn’t the first time that the show faced cancelled. It almost didn’t make it to season five.

When Chapman is hunting bounty, he sports a number of weapons like a stun gun, but the one weapon he can’t carry is a gun. While most bounty hunters have permits to carry guns, he doesn’t have one because he is a convicted felon. According to U.S. law, a convicted felon cannot legally purchase or own a firearm or even apply for a license for one.

In 1977, Dog was convicted of first degree murder and was sentenced to five years in prison for the murder Jerry Lee Oliver. Although Dog wasn’t the one who killed Oliver, he was considered an accomplice because his friend had shot Oliver in a drug deal gone wrong. He served 18 months at Texas State Penitentiary in Huntsville, Texas. Because of his conviction, he has been refused a visa for United Kingdom. 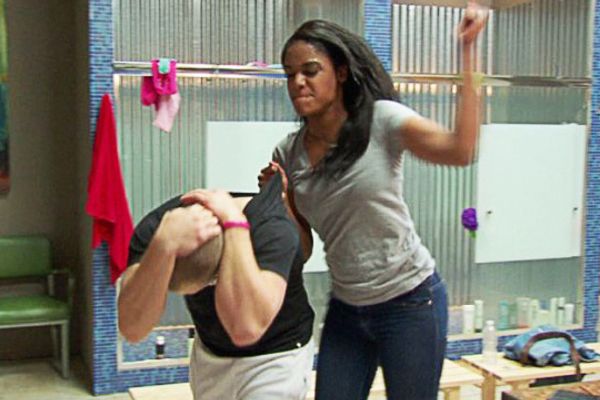 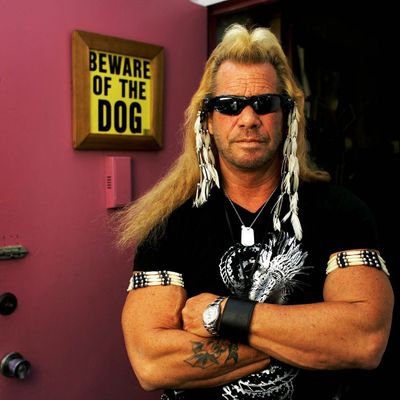