8 Things You Didn’t Know About MTV’s “Faking It”

After only three seasons, MTV cancelled one of their most unique series, Faking It. The series took a spin off all the regular teen “dramadies” by giving serious focus on dealing with your sexuality as a teenager. Although it has all the facets of all other teen shows, it is also refreshingly different thanks to clever storylines, witty scripts and above all an extremely talented cast pulling it all off. Like a lot of good shows, Faking It was underrated and under-appreciated, so here are 8 interesting facts about the show!

Faking It isn’t a reality show, but the show’s show-runner and producer, Carter Covington, wanted it to in some ways accurately portray what it is like for teens finding out who they are and who they love. “Growing up in the closet in North Carolina, I was constantly having feelings for my best friends that I couldn’t express. And as I talked to other friends, so many people had that moment of, like, I kind of want this friendship to be more, but I don’t know if the other person feels the same way. I think that it transcends straight or gay. It’s just kind of a universal coming-of-age feeling,” he said. “That, to me, felt like breaking a new barrier and kind of the next evolution of this chain of shows that have broken ground when it comes to sexuality.” Covington added, “I think that, so often, people are pushed into this gay/straight binary that they don’t get to explore. I think that if more people explore, then you would see a lot more diversification in the way that people express their sexual orientation in the world. I don’t believe that everybody is born either gay or straight, and I think that is such an outdated way to think about sexuality.” Although many shows aimed for young adults now include gay, bisexual and transgender characters, Faking It did break new ground with the intersex character, Lauren Cooper. “We came up with Lauren’s intersex storyline at the beginning of the first season, because in a show called Faking It, we felt that everybody had something they were faking, except for Lauren […] Intersex individuals are as common as meeting a redhead, so it was proof that this was shrouded in secrecy and given a lot of shame by the medical community. I think that really resonated with us with why Lauren could be so defensive.”

As a result of working with Inter/Act which is a “a youth group for young people with intersex conditions or DSD” for her portrayal of Lauren Cooper, actress Bailey De Young was awarded from the AIS DSD Support Group. “AIC is grateful to Carter, his writers, actress Bailey De Young, and staff at MTV for listening to the voices of our Inter/Act youth and making every effort to portray TV’s first intersex main character in an authentic and respectful way,” Kimberly Zieselman, a board member of AIS DSD Support Group said of the award.

On May 13, 2016, MTV announced that Faking It was cancelled. Covington immediately pointed towards bad ratings for the show stating, “MTV has been incredibly proud of the show and has always supported it creatively. It was purely a numbers decision. I’m not privy to those conversations so I’m not 100 percent sure.” Another reason for the cancellation surrounded around MTV’s shift towards “reinventing” itself by focusing back on music, and fortunately Covington had created a season finale that could properly serve as a series finale.

Despite the fact that poor ratings ultimately brought the series to an early demise, it started off with a lot of recognition from fans. In 2014, Faking It won the Teen Choice Award for Breakout Show. That same year it also won for Favorite TV Comedy and Rita Volk who stars as Amy won for Favorite TV Actress, and for Favorite Lesbian/Bi Character at the 10th Annual AfterEllen Visibility Awards.

Our surfboard is here!

Some were very quick to criticize the show with a premise based on two female characters “faking” being lesbians, with Cinemablend.com writing, “About as relevant to the gay lifestyle as Modern Family, Faking It shoots for the stars, but only hits a bunch of brightly colored rainbows on “Vote for Me” posters.” As time wore on, however, the show ended up with more and more favorable reviews, but it wasn’t enough to save it from cancellation.

Katie Stevens does some singing in the series, and audiences are well aware she has real talent, but what they don’t know is that she actually participated in Fox’s American Idol. At only 16 years old, she made it to the final 8 of the show’s ninth season before being eliminated. In 2012, she also starred as “Belle” in singer, comedian and YouTube star’s hilarious YouTube video “Beauty and the Beat.”

The show is exceptionally well cast, especially when it comes down to Rita Volk and Katie Stevens as Amy and Karma, who have great chemistry thanks to being best friends in real life, but it all could have been different because initially Volk auditioned for Karma.

As many who initially criticized Faking It, as well as many fans will agree the show would have been completely offensive had the twist not been that Amy (Rita Volk) was not actually faking her feelings for her best friend. As it turns out, however, that wasn’t initially in the script. After getting started though, showrunner Carter Covington knew that it would be offensive so they had Amy fall for her best friend Karma (Katie Stevens). 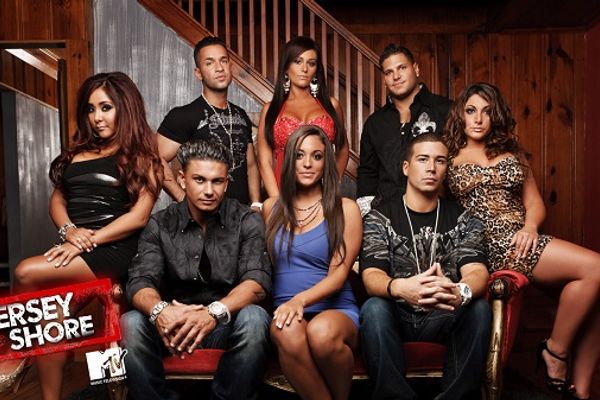