TLC’s popular reality show Say Yes to the Dress first aired back in 2007. The show features brides and their small entourage of family and friends who travel from all over to find the perfect wedding dress at the famous Manhattan Kleinfeld bridal shop. The series is fun and upbeat with a little bit of drama as it follows the stressful jobs of sales associates, managers and fitters while they do their best to find the ideal match for each bride. Say Yes to the Dress has been extremely successful with 14 seasons to date, multiple spinoffs and even a few celebrity guest appearances! Here’s a look at 10 things you didn’t know about TLC’s show, Say Yes to the Dress!

8. You Must Spend a Certain Amount

The hopeful bride must fill out a detailed appointment form which includes an italicized paragraph to remind the bride that “gowns start at $2,500.” Kleinfeld’s sells dresses that cost about $1,300 to $40,000. There’s also a section that indicated TLC will not be footing the bill! The show will not cover any costs like travel, lodging or the gown. Basically, if the bride isn’t planning on dishing out any money, it’s best they shop elsewhere! In order to get on the show, the wedding must be somewhat planned with a date, ceremony and reception location and the applicant must be able to summarize their signature style in three short words. The store also needs to know specific details like the theme of the wedding, price point, who is footing the bill for the dress and even a link to her Pinterest board! The form states also that she is only allowed to bring three guests, but often when watching it’s pretty clear not many people follow this rule.

Kleinfeld first opened back in 1941 as a Bay Ridge-based fur salon. Now in 2016, the store is celebrating its 75th anniversary! In 2005 the shop moved to Manhattan and became a bridal salon that now serves around 17,000 brides each year. Mara Urshel is one of the co-owners of Kleinfeld’s — she bought the bridal store back in 1999 with fellow investors Ronald Rothstein and Wayne Rogers. Soon after the store relocated. In 2007 Urshel and Rothstein struck up a deal with TLC to create the show Say Yes to the Dress. The show has become insanely popular with 15 seasons under its belt and approximately 1.3 million viewers per episode.

Viewers of the show know the Kleinfeld bridal shop is the best of the best, otherwise it wouldn’t have it’s own show! The store houses over 200 exclusive gowns that cannot be found anywhere else, and it receives new dresses every single day. The owner of Kleinfeld’s said, “Kleinfeld travels across the world to various bridal markets through the year, each gown we order arrives from different markets at different times of the year.” Not only does the shop carry an array of different designers and dresses, they also have one of the best plus size assortments available with a range of sizes from 16 to 28.

5. The Show has Multiple Spin Offs

4. Shoppers Blame the Show for Making a Tourist Trap

When customers enter into the shop, there’s a sign above the front door warning shoppers they might be filmed. The sign acts as a release notice: “Please be aware that by entering Kleinfeld, you consent to your voice and likeness being videotaped and used without compensation on television. If you do not wish to be on camera, please inform your sales consultant.” When the bridal shop first opened, it was much more family oriented and offered an extremely unique experience, whereas now it seems to operate more like a high functioning machine that pumps as many brides in and out as possible on a daily basis.

3. Celebrities Who’ve Appeared on the Show

Say Yes to the Dress has been around for a long time and like any good show, there have been tons of great celebrity guest appearances! One of the most fun was when Kristin Chenoweth came in with her friends to look around and she ended up trying on a few dresses! She wasn’t planning a wedding per say, but it gave viewers a good idea of what that might look like! In another episode talk show host Kelly Ripa came on board as a guest consultant to help hopeful brides find their perfect dress, but she quickly learned it wasn’t as easy as it might look! There have also been reality stars like Vanderpump Rules cast member Katie Maloney who came to the shop with her fellow cast mates Stassi, Kristin and Scheana, as well as contestants from Big Brother and even a few Real Housewives cast members who were featured on Say Yes to the Dress before they were housewives! A few more include designer Martha Stewart, Karina Smirnoff from Dancing with the Stars and fitness trainer Jillian Michaels.

2. A Bride Sued the Show

In March 2016, TLC’s hit series found itself in hot water with a former bride who was featured on the show, Alexandra Godino. She was excited to be apart of the show until she found out that her episode would be airing before the wedding! Of course she had a problem with this as she didn’t want to ruin the surprise of what dress she eventually chose which was reportedly a five-figure dress. The 26-year-old bride was engaged to hockey player, Jeff May. She found out the episode would be airing in March, but her Palm Springs wedding wasn’t until May. She tried to work it out with the producers so that they could push back the airing date, but they declined. She responded by suing the show on the claim that she had a verbal agreement with producers that the show would not air before her wedding date. Unfortunately, a New York judge stated that was not enough grounds to sue and her case was dismissed.

1. Contestants Get a Background Check

One of the problems reality television has with casting ‘everyday’ people is that they’ve got to be careful who they allow on national television and this is exactly why TLC’s Say Yes to the Dress requires a background check for all contestants coming on the show! This is a little strict and it’s unclear where they draw the line in terms of what is allowed and what isn’t, but it’s part of the application process. It’s also unclear if contestants on the original show have to follow through on this, but we know for those who want to be on Say Yes to the Dress: Atlanta or Say Yes to the Dress: Australia it’s a must. 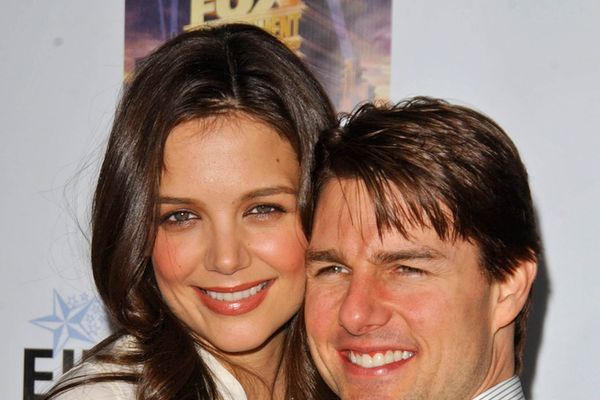 17 Most Expensive Celebrity Weddings Of The Past 15 Years!