When you’re a celebrity with access to fast cash, and the forefront to the fashion industry, there’s really no excuse to lack style. There are some celebrities who consider this knowledge, throw pretense and expectation out the window and mix up creative elements to develop a bag of goodies in terms of daily wear. These are the people who strut with the figurative feathers of exotic birds. People who say, “Sure, that’s stylish, but I’ve got to inject my full flavor into fashion.” They are… the head-turners. The icons, and here are 9 of the best.

Onika Tanya Maraj, best known by her stage name, Nicki Minaj, is a force in the music industry. Her music started out sunshine hot, and regardless of her flow waning slightly with vapid tracks like “Anaconda,” Nicki struts with a signature style that is so out there, there are parts of her that might require additional addressing… as in, her own zip code. The hair, the clothes, the unmistakable strut — it’s pure Nicki. And this isn’t merely for stage and show. One casual encounter with the woman in public, and it’s easy to see that she pushes all-in and goes all-out for the most mundane of occasions.

Pharrell Williams was doin’ it for years before everyone took notice of a particular hat, and a particular song written with a couple of French robots. That hat — which was just one of many that he’s worn throughout his 20 year career — served as a proclamation. “I’m here. I’m exceptionally talented. I’m not going away.” Beyond wearing some cool hats, Pharrell has always boasted a classic and cool style fused with various world cultures, including African and Asian. He can dress it up, and dress it down, but there’s the charm of a Southern boy in the mix of prototypical hip-hop threads with a twist. Bottom line, Pharrell dresses like Pharrell. And now, when people turn toward the bold and want to strut in style, they look to Pharrell for a little inspiration and influence.

Gwen and the boys of No Doubt were throwing down in the early 1990s with a signature style that the world of entertainment was obviously craving. When the band dropped “Just a Girl,” on their 1995 album, Tragic Kingdom, new fans dropped hard earned cash on albums as fast as their jaws dropped when they saw Gwen for the first time. The jewels on the forehead. The work pants. The crop tops. The chain wallet. The 90s hipster shoes. Wow. The most amazing thing about Gwen’s head-turning style was her evolution over the years. From ska punk to definitive glamour, Gwen Stefani has done it all, and made it look great.

Johnny Depp has been influencing fashion for well over 20 years. The way his character dressed in 21 Jump Street (the TV show, not the movie) was similar to his real-life style, and an entire generation of wannabes ran with it. Now, it could be said that Johnny dresses weird — comfortable weird. And definitively so. There is something spiritually aware about his costumes for daily life. Whether he’s donning more scarves than are necessary, or hiding behind a hat and some interesting shades, Johnny does Johnny to a degree that, even in his 50s, inspires guys in their 20s. He’s cool. There’s no arguing it. Every producer that has ever worked with the guy sings nothing but praise for his cool.

Another relative newcomer in the world of celebrity, Janelle Monae has to be from another planet. Nobody from planet earth can be that cool. But she is from earth. And the Midwestern United States at that. At her essence, Janelle seems to be a fascinating mind — interested in looking at life from a unique lens, and from that perspective, she has obviously built her wardrobe. Whether in black and whites, or splashing things with color, Janelle offers a contemporary flare with every one of her throwback looks. Any woman who can toss on a black suit and tie, and throw down in the same manner of the late, great James Brown…? And when she throws on a dress…? Pity the party that follows her in any red carpet line.

Some people refer to Lady Gaga’s style as intriguing or weird, but it is beyond such simple descriptions. It scratches at the door labeled “WOW.” Inside, people can find an arrangement of weird, odd, strange, eclectic, excessive, scant, possible and pure potential. And it doesn’t end when Gaga leaves the stage. She’ll wear things that are so Lady Gaga that she couldn’t hide in a circus side show if she tried. Remember the time she tried to go incognito at Yankee Stadium? It turned into an event. Regardless of how one feels about Lady Gaga the artist, there’s no arguing her courage when it comes to the exploration of personal style.

Jared Leto served as the new “tortured soul” in the mid-1990s while playing Jordan Catalano on the short-lived TV drama, My So-Called Life. His style in the show, spilling over from some of his style in real life, pushed serious influence into popular culture. Jared has always walked tall, and rather boldly with his personal style. From glam rock to homeless chic, he’s a guy who walks into a room, and leaves people wishing they had his swagger. He’s been unafraid to wear anything he finds comfortable and cool, and he’s ventured into some of the wildest hairstyles imaginable with his royal mane. There is no doubt that his portrayal of The Joker will push more of his style legacy into the world of pop culture fashion.

For most, a first experience with Kimbra meant seeing her in impressive body paint, singing opposite Gotye in the video for the Grammy winning song, “Somebody That I Used to Know.” Not enough can be said about this New Zealand lass, who is as bright as she is bold. Her personal style accentuates loads of natural beauty that she’s able to work with, and her daily wear ranges from easy-livin’ comfort to “Wait… did you see what she was wearing today?” The flare for whimsy and fantasy carries onto the stage 10-fold, where the “pop singer” throws down with a full band, and has been known to flex everything from mirrored dresses to electric-colored, air-brushed muumuus.

What’s cooler than cool? Ice cold. And he is. Andre Benjamin, aka, Benjamin Andre, aka, Andre3000, aka, 3 Stacks, aka, Johnny Vulture. When it comes to personal style, it simply doesn’t get better than Dre of Outkast. Yes, the man has the talent and executive skill to back up everything he wears, but for those who wish to imitate? It can’t be done. No need to even try. It was invented by the man himself, for the man himself. Now 40 years old, it’s fascinating to sit and wonder where Dre might go next in his fashion evolution. A man unafraid to sport a wig, is a man unafraid to do what he wants when he wants. 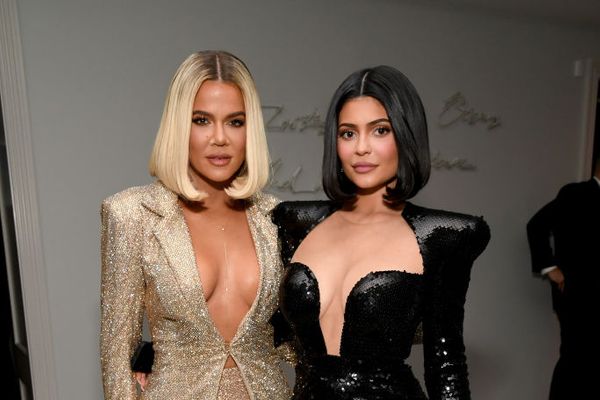