9 Celebrity Couples Who Never Made It Past The First Date

It’s not easy to find love in Hollywood, or even make it last long enough to become something of substance. It doesn’t help that celebrities tend to date within their small circles. When it comes to finding the perfect recipe for love, red carpet status and fame don’t seem to help these stars who couldn’t even make it past the first date! Here’s a list of 9 celebrities couples who were one date wonders:

In the summer of 2007 there were rumors that Shia LaBeouf and Rihanna were dating after they were spotted at a restaurant in Beverly Hills. In 2009 he confirmed those rumors to Playboy when he said, “[I was] filming a sword fight when I got the message. I said, ‘Can this be my life?'” According to LaBeouf, the singer reached out to him and they decided to meet up via text message, but it never went past that first date. “It never got beyond one date. The spark wasn’t there. We weren’t passionate about each other in that way, so we remain friends,” he said.

At the Right to Laugh Comedy Fundraiser in Hollywood, Fuller House star Bob Saget revealed he went on a date with TV journalist Katie Couric. That’s got to be one of the oddest pairings ever! “I did a benefit with Katie Couric in New York and I went to dinner with her. She’s a lovely person and we had a good time. I’ve seen her many times since,” he said. He wasn’t shy to admit that he didn’t appreciate her rehashing it all the time. He said she “gave him a hard time” about their one-time date. “She told it on a talk show and I think she told it again. I think she’s out of material,” he said. Couric confirmed their one-date romance while on Howard Stern and she said: He “was fun, he was really fun. I had fun, I don’t think I did it for him.”

These two didn’t necessarily go on a first date per say, but they were spotted out canoodling at a New York nightclub back in July 2007. Sadly, nothing ever came from their hot hookup and they were never spotted out again. They definitely would have made a cute couple though!

We’re used to seeing these two bicker with one another on Britain’s Got Talent, so it’s hard to imagine them going on a date together, but it definitely happened! Amanda once said: “Simon always tells people he hired me because he fancied me but that’s absolute nonsense. He doesn’t go for blondes. A very long time ago, when we were both single, we went out on a date but I pre-ordered a cab to come and get me at 10:30 p.m., which made him laugh and he never forgot that.” Sounds like their one and only date didn’t go so well!

This story is super cute and makes us love the former N’Sync star even more! In the 2013 issue of Glamour, Pink revealed that Joey Fatone took her on a date and even asked her dad for permission! “Joey Fatone was in love with me,” she joked. “He took me to Friendly’s on a date and he bought me an ice cream. Such a sweetheart. He asked my dad’s permission!”

Not much is know about what really happened between these two former Disney stars, but Shia LaBeouf once told Details in an interview that he and Hilary Duff went on a date to a sushi restaurant which was “probably the worst date either of us ever had.” Yikes!

This almost-couple would have actually been kind of cool! In 2012 Christian Bale revealed that he went on a date with Drew Barrymore, but she ghosted him. “We went t o see some bloody awful horror film, and that was the end of it. She never called again,” he said. Aww! Of course, Andy Cohen had to get her side of the story during an appearance on Watch What Happens Live and she admitted she just wasn’t that boy crazy at the time. “I don’t know! He was so nice. I wasn’t like super boy crazy. I had a lot of fish to fry, like I had big problems in my world for many years, like in good ways — things you gotta overcome…boys is like very secondary,” she said.

Have mercy! Amy Poehler admitted in an interview with Howard Stern that she once went on a kind-of date with Fuller House star John Stamos. It wasn’t long after her split from Will Arnett, so Stamos was somewhat of a rebound! “He did a little bit in a movie that I did and a bunch of us hung out. And then later on he’s like, ‘Let’s go get dinner. And it was fine. I remember thinking like, ‘Oh, sh-t. Like, if this is really a date…’ I think I was wearing a Leslie Knope top. I think I was wearing a shirt from work,” she said. Poehler was adamant that she didn’t sleep with him!

It seems Katie Couric’s little black book is stacked! She lands on this spot again after admitting to Howard Stern that she once went on a date with Survivor host, Jeff Probst. “He had puka shells on. That was kind of a weird thing,” she said. The day after her interview with Stern, Probst defended himself and said he wasn’t a very good date because he was so nervous and he didn’t call her back because he didn’t have her number! “What I remember most about the date is how nervous I was and how little I offered to the conversation. It was like I forgot how to go on a date. Like I was 14. We talked a bit about her kids and the challenges of being a parent to teenagers, and we talked a bit about our careers and lifestyles but we never got much beyond the surface. The only reason I didn’t call back was the date was set up through her assistant and I never got her number. It felt weird to call her assistant for a second date,” he said. 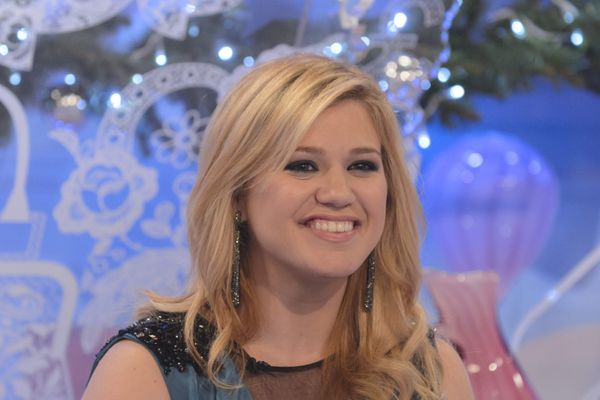