People love to say opposites attract, and while it might not be the case all the time, it’s proven to be true enough times to make us believe it! While it’s important for two people in a relationship to share the same values, there have been many times when two people who don’t share any interests with each other have fallen madly in love and made it stick! According to some celebs on this list, being different can actually help make a relationship stronger. Here’s a look at 9 celebrity couples who prove opposites attract!

Chrissy Teigen and John Legend are one of the cutest couples around, but they are quite different in a lot of ways. In an interview with People, the Grammy Award winning singer said: “We were always different. I was always a little bit more buttoned up, and she was always more brash and free. I would get a little nervous at first with some of the things she would say, because I didn’t know how people would react. I usually played it more safely,” he said. But her unique flair has definitely rubbed off on Legend. “I think she’s brought me out of my shell a bit, and made me enjoy life a little bit more. It’s been fun to grow together in that.”

Hollywood actors Justin Theroux and Jennifer Aniston seem like an odd match on paper, but after hearing them gush about each other it becomes clear how they fell in love in the first place! It definitely wasn’t love at first sight with these two when they first met on the set of Tropic Thunder in 2007. They went their separate ways and didn’t meet again until three years later on the set of Wanderlust in 2010. “I thought he was very sweet and he was always very nice. But I remember thinking he was very dark,” she told Popsugar. Theroux and Aniston began dating in 2011 and finally tied the knot in August 2015! Unfortunately the pair split in 2018!

New parents Alexis Ohanian and Serena Williams are the definition of opposites. Prior to dating one of the most successful tennis players in history, the Reddit co-founder had never even watched a match! “I’ve never picked up a racket,” he said during an appearance on Jimmy Kimmel Live. “I was so ignorant that when we first met, I had never even watched a match on television. Like, I would change the channel. I was such an arrogant football snob, that I changed the channel when tennis was on.” Of course, he’s now his fiance’s biggest fan, but that doesn’t mean he has any interest in learning how to play. He said he turned down lessons from her. “I wanted to be the only person in the world who had ever turned down Serena Williams for tennis lessons, and because I knew there was just not benefit to her seeing me being that bad at tennis,” he joked.

Alicia Keys is not afraid to admit that she was totally not into her now-husband, Swizz Beatz when they first met. In an interview with Marie Claire U.K. she said: “Honestly, I didn’t really like him that much. I thought he was too ostentatious.” For some girls it might this might have been a turn on, but for Alicia, she was turned off by his flashy style. “Swizz will have the fastest car, the biggest jewelry, the loudest jacket; everything with him is really over the top. I used to see him and think, ‘He is so annoying,'” she said. Now they’ve been married for over seven years and share two sons together, Egypt, 7, and Genesis, 2. “I think we’ve taught each other a lot. He’s taught me to live more fully and I think I’ve taught him to live more deeply.”

You wouldn’t think these two are all that mismatched because they get along so well and both have such a great sense of humor, but according to them, they are! In an interview with Good Housekeeping in 2015, Bell said their relationship is “the Paula Abdul video ‘Opposites Attract’ personified.” According to her, their differing personalities actually help. “I loved slamming doors — I wanted a dramatic exit! But he, having worked through a variety of emotional issues to get sober, said, ‘This isn’t going to work. This isn’t how I’m going to communicate for the rest of my life.’ When someone doesn’t fight back and goes, ‘I don’t want to do this,’ that threat is real. It makes you reevaluate your behavior. The way Dax and I argue now — we argue a lot; we disagree on almost everything! — is so healthy.”

Cameron Diaz and Benji Madden were one of those couples who seemingly came out of nowhere, but have been rock solid ever since they started dating and got married in 2015. From the outside they look like an odd match, but just because the Good Charlotte rocker has tattoos and piercings doesn’t mean he’s a bad apple! “Talk about two very different people! We are so different from one another, but we share the same values — we’re totally two peas in a pod. We are both just weird enough for each other,” she said.

No Doubt singer Gwen Stefani and country crooner Blake Shelton are such a mismatched couple that when rumors began to swirl that they were dating, people thought it was a publicity stunt! There was just no way such opposites could be that attracted to each other — he’s a country boy who lives on a farm in Oklahoma and likes to go hunting in his spare time, while she’s a California-raised girl who loves glitz and glamour. Shelton told Billboard that he and his Voice-coach girlfriend “could not be, on paper, any more different.” When they started dating they didn’t even know who each other was or what songs they are most famous for!

These two weren’t such an odd couple when they first started dating. In fact, they were the sweetest teenage heartthrobs! Miley Cyrus and Liam Hemsworth began seeming like opposites when the former Hannah Montana star started taking on a much edgier style and attitude. They ended their relationship for a period of time, only to reconnect and become re-engaged in 2015. In an interview with Harper’s Bazaar, she opened up about their split and said it was actually the best thing for their relationship because she had to go through that phase and they had to do it separately. “And changing with someone else not changing like that is too hard. Suddenly you’re like, ‘I don’t recognize you anymore.’ We had to re-fall for each other,’ she said.”

Carl Thomas Dean and Dolly Parton have been married for 51 years! In an interview with People back in 2015, Parton said one of the best things about her relationship with Dean is how different they are. “They say that opposites attract, and it’s true. We’re completely opposite, but that’s what makes it fun. I never know what he’s gonna say or do. He’s always surprising me…He wants to be mostly around the house. He knows I’m just the opposite. I can’t go enough places. I can’t do enough things. He loves that. He’s independent. He doesn’t need me in his face, and it’s the same with me. But when we’re together, we have enough things in common that it works.” 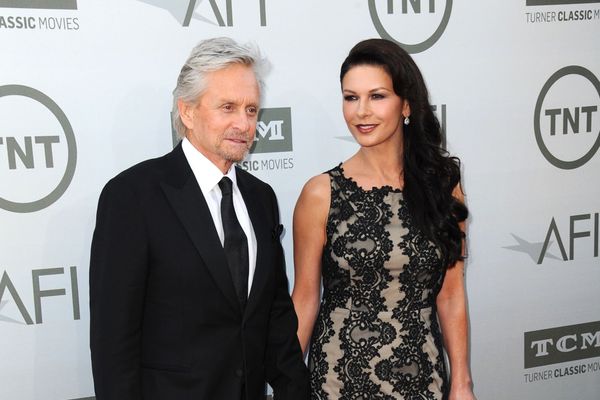