Hollywood is actually a really small place. It seems that most celebrities know each other and many of them end up dating each other. Sometimes celebrities are really secretive about this while, at other times, so much time has passed that many of us forget these couplings ever happened. Here are 23 forgotten celebrity couples:

Before he dated Anna Kournikova, Enrique Iglesias dated Sofia Vergara. She was unknown at the time and he was the superstar. How times have changed! 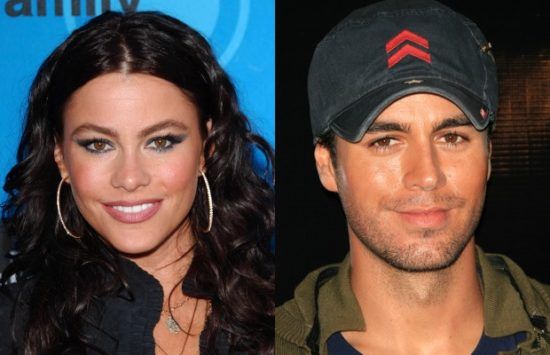 Back in 2013, Pink told Glamour that in the early 2000s, she had a secret relationship with Joey Fatone from ‘N Sync. “Joey Fatone was in love with me,” she said. “He took me to Friendly’s on a date and he bought me an ice cream. Such a sweetheart. He asked my dad’s permission!” Sounds like a real gentleman! 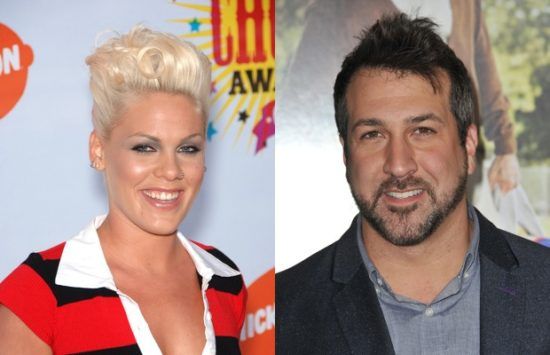 Natalie Portman and Jake Gyllenhaal briefly dated back in 2006. Even though things didn’t work out romantically, they are still friends. When he awarded her to the Desert Palm Achievement Award at the Palm Springs International Film Festival back in 2011, he had a lot of sweet things to say about her. “Natalie is the Audrey Hepburn of our generation,” he said. “She is elegant, graceful, has amazing eyebrows… is talented, really short, funny, smart, dedicated, incredibly kind.” 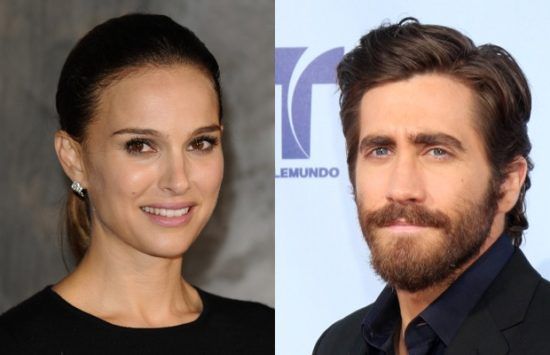 Back in 1987, Helen Hunt and Matthew Broderick had a brief romance. They are still friends and in 2008 they co-starred in the movie, Then She Found Me. 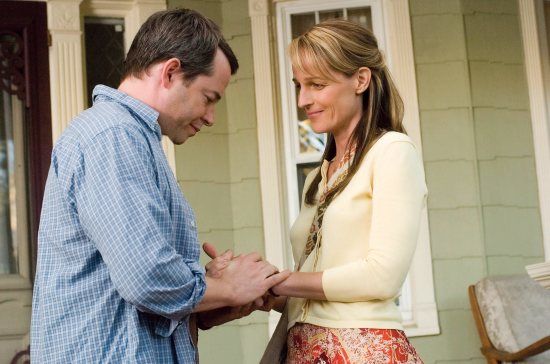 Joaquin Phoenix and Liv Tyler met on the set of the 1997 film Inventing the Abbotts and quickly began dating. Their relationship lasted for three years before they decided to part ways. According to Tyler, he was her first love and after all these years they are still friends! 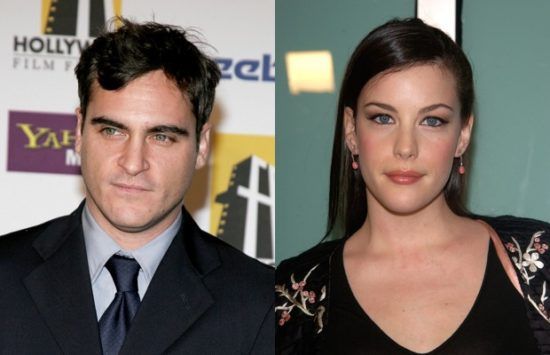 Sandra Bullock and Ryan Gosling dated back in 2002 after meeting on the set of Murder by Numbers. She’s 16 years older than him, which got many thinking that it wouldn’t last and it didn’t. They broke up in 2003. Gosling has nothing but positive memories of his time with Bullock. In an interview with the UK newspaper, The Times, he said, “I had two of the greatest girlfriends of all time. I haven’t met anybody who could top them,” referring to Bullock and Rachel McAdams. 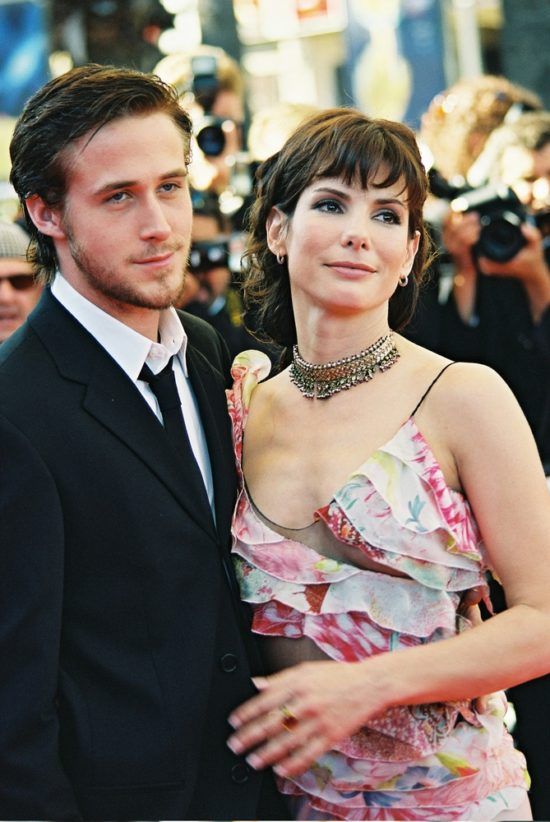 Natalie Portman dated The Motorcycles Diary star Gael Garcia Bernal briefly dated in 2004 and then got back together with him in 2006. These two were really low-key. They were only spotted together a few times, once at the Berlin International Film Festival and another time at the 2007 U.S. Open before they quietly broke up again. 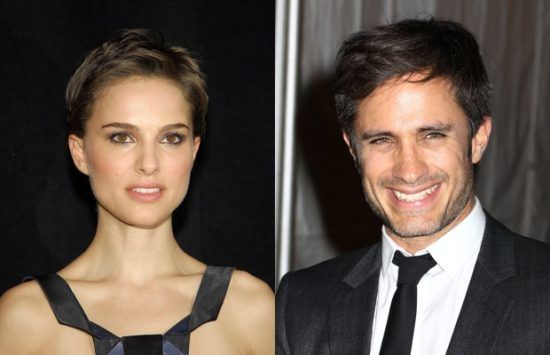 Salma Hayek and Edward Norton were set up by their chiropractor back in 1999! They dated for four years but broke up in 2003. Hayek actually hired Norton to research her role of the Mexican artist Frida Kahlo in the biopic Frida. His version of the script is the one that eventually reached the screen! 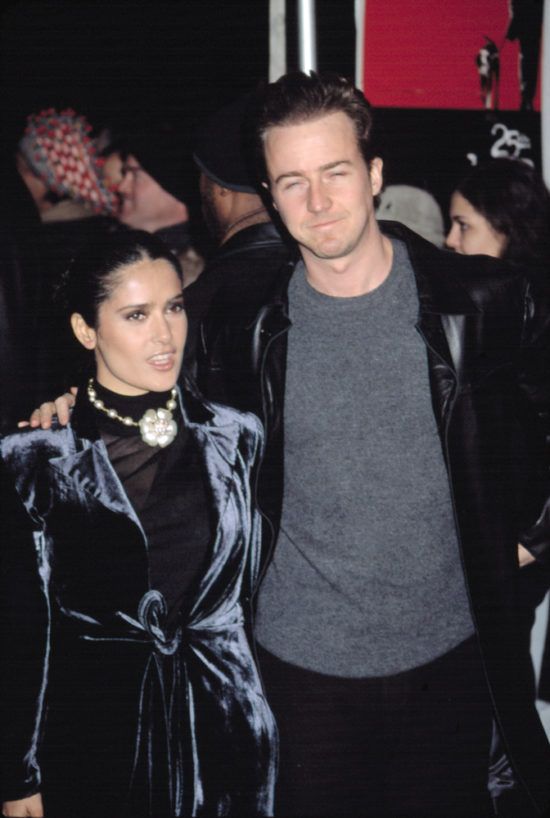 Ryan Reynolds and Alanis Morisette began dating in 2002 after meeting at Drew Barrymore’s birthday party. Two years later, they got engaged but then broke up in 2007. Her 2008 album, Flavors of Engagement, was inspired by their breakup, but at that point, Reynolds had already moved on to Scarlett Johansson, who he married in September 2008 and then separated from two years later. 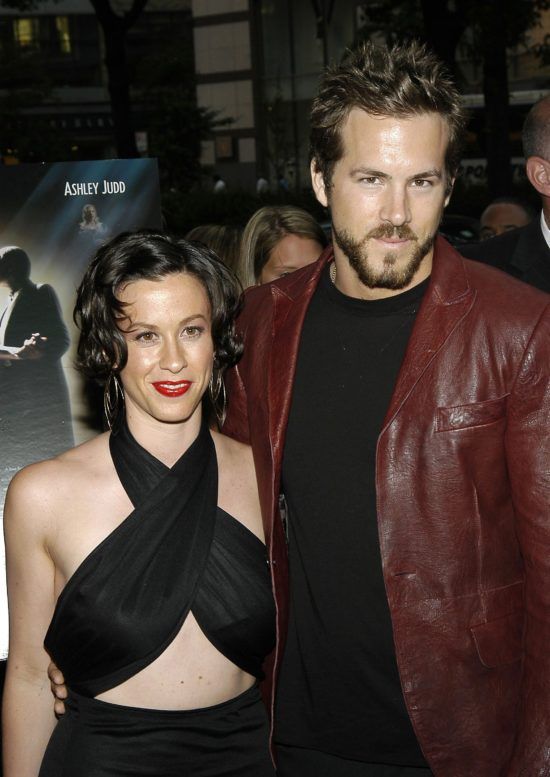 Drew Barrymore and Edward Norton dated back in 1995 after meeting on the set of the Woody Allen movie Everyone Says I Love You. Their characters were romantically involved in the film and then life imitated art! The relationship only lasted a few months though. Then he moved on to Barrymore’s close friend, Courtney Love. 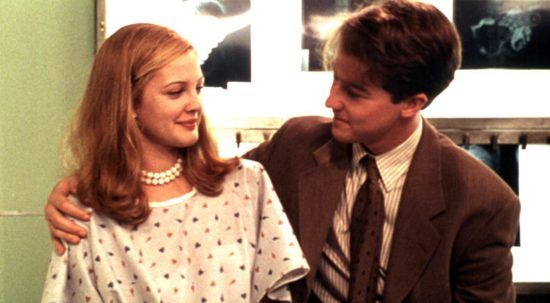 Cameron Diaz and Matt Dillon dated from 1995 to 1998. They met when they were both filming movies in Minnesota — she was filming Feeling Minnesota and he was filming Beautiful Girls – and then they fell in love. “I fell in love (with Cameron Diaz),” Dillon told Parade. “It’s a very powerful thing when you feel that way about somebody. Cameron was a muse for me. I hadn’t been in any deep emotional relationships.” 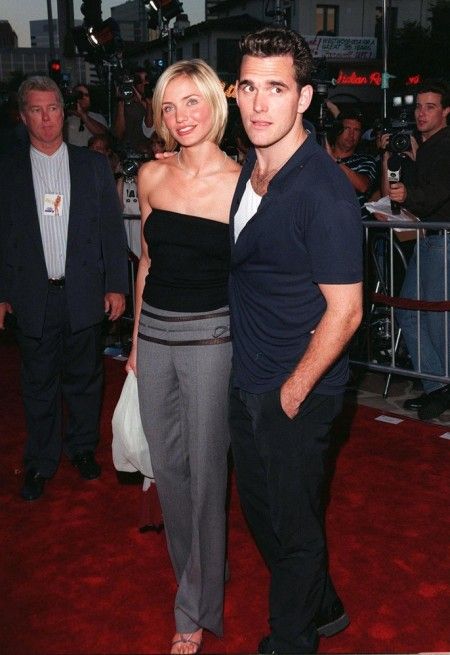 Jennifer Aniston and Tate Donovan dated at the height of her Friends’ fame. They met in 1995, got engaged and then stayed together for two and a half years before breaking up in 1998. Donovan even appeared on Friends as one of Aniston’s character’s love interests. Not long after their breakup, Aniston began dating Brad Pitt. 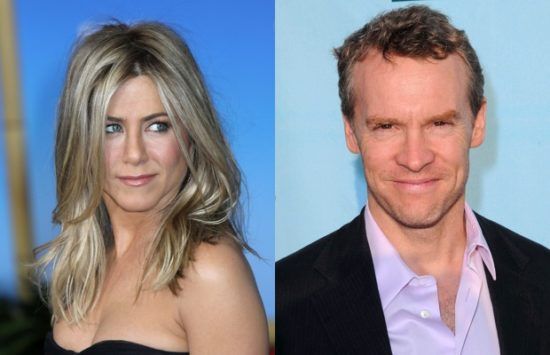 Drew Barrymore and Luke Wilson met while filming the movie Home Fries back in 1997. Initially they were friends and then started dating. The relationship lasted two years and the two have continued to be friends after their breakup, mainly because Drew has kept the friendship alive, according to Wilson. 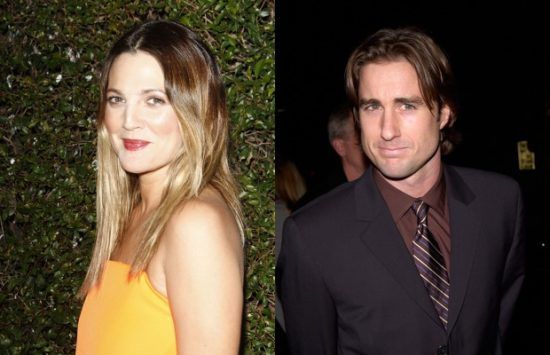 Penelope Cruz and Tom Cruise dated for three years from 2001 to 2004. They met on the set of the movie Vanilla Sky and then made their debut as a couple at the August 2001 premiere of Cruz’s film Captain Corelli’s Mandolin. During the relationship, the couple spent a lot of time apart shooting movies in separate parts of the world, and reportedly remained good friends following the breakup. 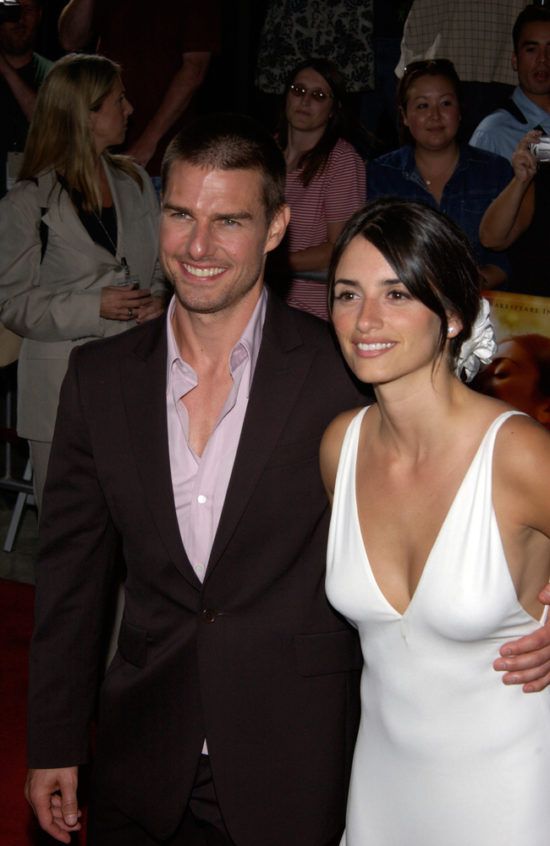 Scarlett Johansson met Josh Hartnett on the set of the 2006 movie Black Dahlia. They dated for only a year and then broke up. According to Hartnett, it was their busy schedules that doomed the relationship. “It was difficult spending so much time apart with all our different commitments and both of us flying all over the world,” he told The Mirror. 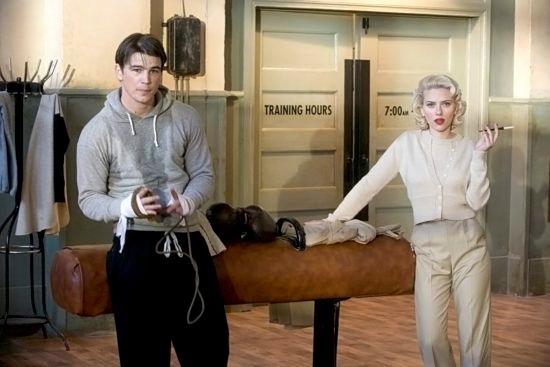 Chris Evans and Jessica Biel had a pretty long-term relationship back in the day! They dated from 2001 to 2006 and starred in a couple of movies together, Cellular and London. Although no reason was ever given for why the couple parted ways, they have remained friends following the breakup. 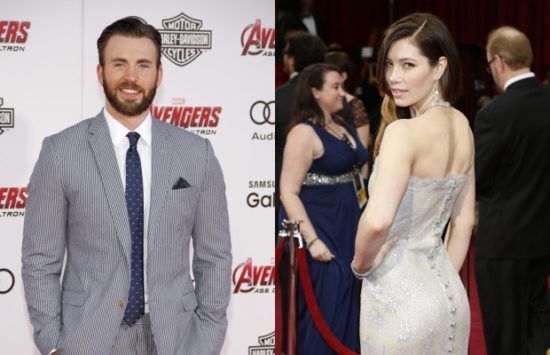 David Spade and Julie Bowen are an unlikely couple, but then he does have a history of dating gorgeous blondes! He and Bowen dated from 2002 to 2003, long before Modern Family’s debut. This was back when Spade was the bigger star, but that’s changed, and she’s arguably way more famous than he is now! 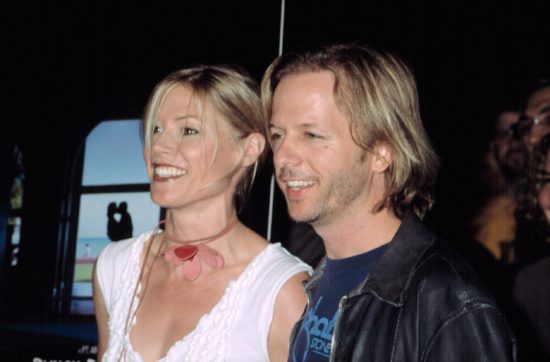 Amy Poehler and John Stamos went on a date after she split from her husband at the time, Will Arnett. She told Howard Stern that she wasn’t even sure it was a date, but John confirmed that it was. “I guess [Amy] didn’t know it was a date. I asked her out on a date… and we had a really nice time. Then I hear she thought it wasn’t a date. It was a date in my eyes,” he said to Extra. 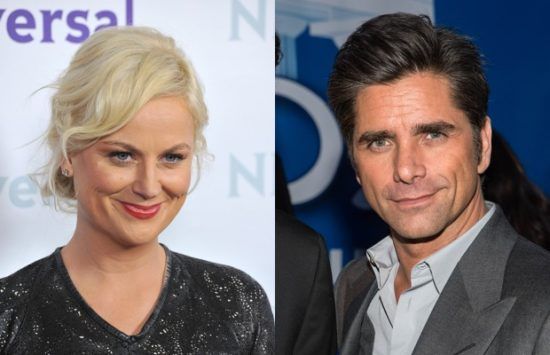 Tiffani Thiessen told Howard Stern in an interview that she and Ryan Seacrest went on a few dates back in the day, but it never went anywhere. 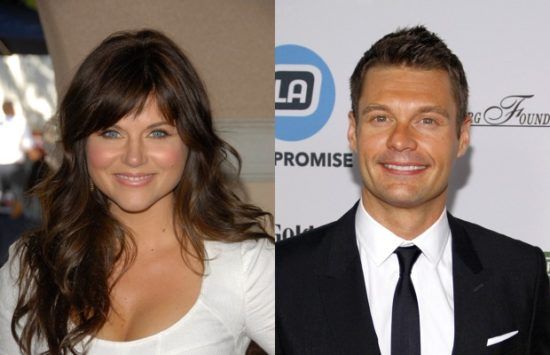 Jared Leto and Scarlett Johansson dated back in 2004 and they were so low-key that few people actually remember it. Over the years, she’s been rumored to have hooked up with him again, but there isn’t a lot of evidence to support that. 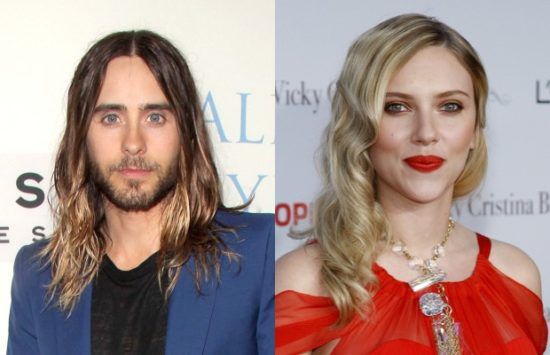 John Stamos and Denise Richards dated back in the day, when he was on Full House an they dated again after she broke up with Charlie Sheen. Both John and Denise confirmed that he relationship didn’t work out because he didn’t want to be with someone who had children. “It really kind of was the kid situation and what she’s going through. It just wasn’t the right time, you know. I barely did get out of that one! She was upset,” John said. “She’s a great mom and dating women with kids is tough.” 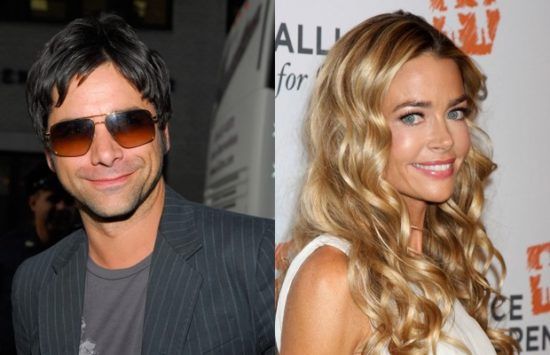 Before she hooked up with Derek Jetter or Chris Evans and before he married Cacee Cobb, Minka Kelly and Donald Faison were a thing. This was all the way back in 2005 when he was starring on Scrubs and she was just another struggling actress looking for her big break. 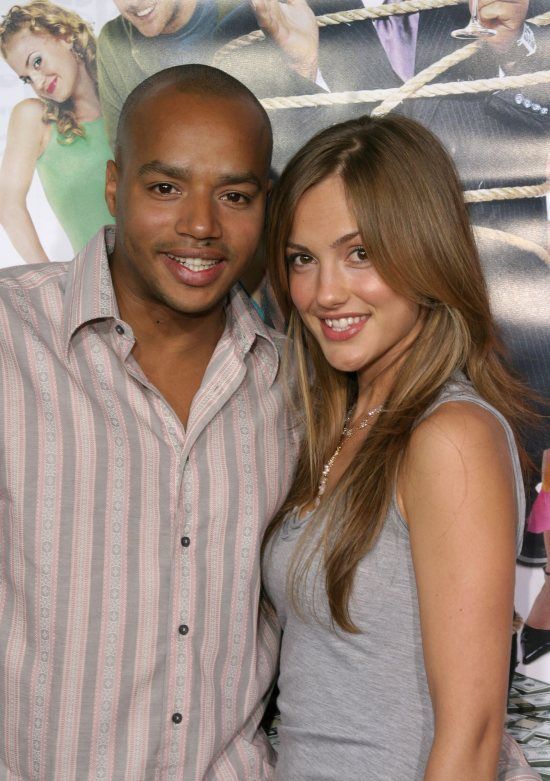 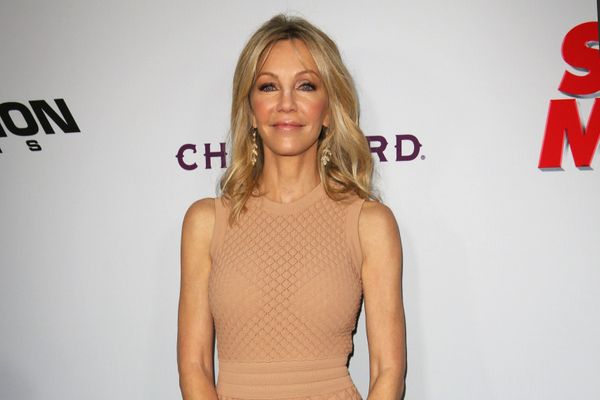