Some celebrity couples have so much promise – they’re wealthy, successful and have their whole lives ahead of them. Unfortunately, fame can sometimes tear these relationships apart if the couples aren’t careful. We have made a list of 9 of the most promising celebrity couples who were completely destroyed by fame!

Jon and Kate Gosselin shot to fame with their hit reality TV show “Jon and Kate Plus Eight;” however, it didn’t take long for it to go their heads. Kate Gosselin realized that treating her husband like one of her children was scoring huge ratings so she continued to patronize him every opportunity she could get. Eventually, after rumors of infidelity on both parts surfaced, the two called it quits and got a divorce.

Kris and Bruce Jenner’s relationship was destroyed by her incessant need to market herself and her daughters. Since “Keeping Up with the Kardashians” premiered back in 2007, this celebrity couple has become increasingly disengaged with one another. Bruce moved out of the family home and into a Malibu bachelor pad and, eventually, the couple realized they enjoy being apart more than they enjoy being together. They announced their separation late last year.

Adrienne Maloof and Paul Nassif – who starred on “The Real Housewives of Beverly Hills” – were married for 10 years before they filed for divorce. These two were going through a rough patch and filming the show seemed to exacerbate the couple’s problems. After the split, Adrienne quickly moved on to a much younger boyfriend, sparking even more media attention and solidifying her reputation of being a fame whore.

Jessica Simpson and Nick Lachey both became household names when they starred in “Newlyweds: Nick and Jessica” back in 2003. However, Simpson’s career really gained momentum as Nick’s stood still. Jess re-released her album “In This Skin,” which became an instant hit, she co-produced “The Nick and Jessica Hour” and she landed a leading role in “Dukes of Hazard.” Unfortunately her success ending up creating problems at home and the two announced their separation in 2005, the same year their reality show was finished filming.

Vicki and Donn Gulvalson – of the “Real Housewives of Orange County” – seemed to have one of the most solid relationships on the series before she filed for divorce. According to Vicki, the reality show was a source of contention in their marriage; however, she has accepted some responsibility for the downfall of the relationship.

Linda and Hulk Hogan’s relationship collapsed after the last episode of their reality TV show “Hogan Knows Best” aired. Hulk actually found out about his wife filing for divorce on a local TV station. According to the professional wrestler, the couple’s relationship had been on the rocks for about a decade and “the reality show just amplified the problems.”

Britney Spears and Justin Timberlake had a high profile relationship when they had their first taste of success. It was a pretty carefree time for the two as they were able to do whatever they wanted. “We could literally go, ‘Oh, man, let’s go to Bali,’ and we’d be on a plane to Bali. We were little kids with big toys. You do the math – that’s not going to last,” Timberlake said. Unfortunately, the level of fame these two experienced ultimately had a hand in the fate of their relationship. The two split in 2002 following a series of rumors claiming Britney had cheated on Justin.

According to Tameka Foster, her relationship with Usher ended because of the pressures from the entertainment industry. “There comes a point when as a married man with throngs of adoring female fans, you still have to pretend you’re available, but he wasn’t available… and that began the problems,” she said. Usher filed for divorce in June of 2009.

Kristen Stewart and Robert Pattinson’s relationship garnered them a huge fan following and constant media attention. Stewart has been quite vocal about how she feels about the constant attention and it was this attention that eventually exposed her affair with Rupert Saunders. While Stewart and Pattinson attempted to make their relationship work, it just couldn’t withstand all of the attention and the two eventually called it quits for good. 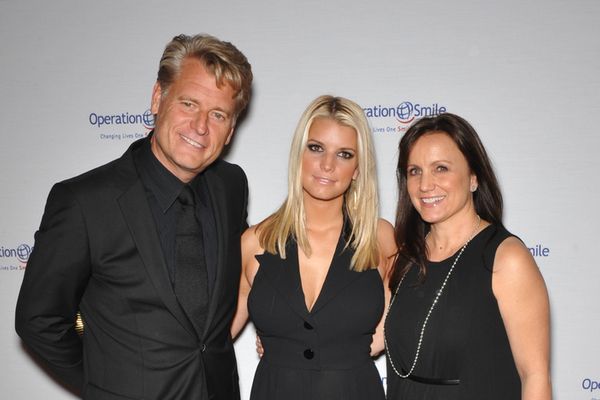