As we welcome 2016, there are hopes of positive change in the world. Positive change that begins with the ending of any and all douchey behaviors presented by celebrities. And there is no celebrity we’re more hopeful for than THE Justin Bieber. The guy who could present a new definition of cool if he’d do a little more work on himself, and a little less work on other people’s girlfriends. As it stands, there is no reason for bated breath when it comes to Justin’s behavior, and her are nine reasons why.

9. His Army of Stalking Beliebers

Justin fans… your boy loves ya. Relatively speaking. The rest of the world? You’re frightening to us. The allegiance you’ve pledged to a guy who messes things up repeatedly, and is still able to lean on your undying support…? It’s never a good thing when loyalty becomes a tool of enabling poor behavior. A few suggestions for Justin Bieber fans moving forward. Do go to his concerts. Do buy his music. Do follow him on social media. Do NOT harass other people who dislike Justin. Do NOT participate in Justin’s activities–including social media–when he’s involved in borderline illegal activity. Do NOT threaten to kill or harm anyone–including yourselves–if Justin gets upset about anything. Do NOT stalk people on the Interwebs… one of these days the Belieber army is gonna mess with the wrong crazy person. May the Beliebers find balance. May they find positive direction to aid Justin.

8. He Genuinely Wants to Be a Nice Guy

Deep down, Justin Bieber seems like he could be a nice guy. Unfortunately, he didn’t–or doesn’t–have the smarts to realize that he bought into all of the bull****. And this is one of the reasons we hate to love Justin. He’s had so many chances to get some very simple things right. We love to hate him because he continues to get it wrong. Social. Grace. People can remark that every mistake he makes is in the limelight. That he’s a magnet for media spotlight. The fact is, the mistakes he makes are mistakes other people his age haven’t made, and will never make. At a certain point, one has to point to some serious character flaws over “making mistakes.” Repeated behavioral issues have put people in danger, and that’s the biggest criticism of Justin’s legal screw-ups. All things considered, we hope he gets it right.

Can Justin sing? Yes. Can he move rhythmically? Yes. Would Justin be the superstar he is without his looks? Not a snowball’s chance in hell. Another classic reason to loathe the Bieber. His looks have served as the tip of his career spear, and perhaps that is where he draws some of his insecurity. There are people with more talent than Justin who will never have an opportunity to go for gold in the entertainment industry. They’ll serve as little more than the white noise of the New York City, Nashville or Los Angeles music scenes. What is the purpose of stating this? Justin needs to get a clue. He needs to understand that he’s exceptionally fortunate for getting to do what he loves to do, and make millions for doing it. And he needs better mentors (See #2). It is our understanding he’s looking for them.

Hubris was a word we grabbed from the ancient Greeks, and it was considered an arrogance that was beyond the bounds set for humanity, only reserved for the gods. When any individual would exemplify hubris, they’d usually get hammered by the ancient gods of Greece. From legal depositions to social events, we’ve seen this behavior in Justin. Justin has been full of such arrogance in the past, and wrestles with it from time to time in the present. Do we really believe he felt “violated” when he was strutting around naked, and someone took a few photos of him that leaked online? If he genuinely felt violated, he could have launched an investigation and sued responsible parties. Is that a bold proclamation? Did Justin have something to do with the nudie pics to show off his weenie? Would anyone be surprised if this was the case?

Justin is a menace to society: he thinks he lives on a race track. A great way to combat this nonsense? Justin needs to start racing cars to get his rocks off. It worked for Frankie Muniz. It worked for Patrick Dempsey. Heck, it worked for the legendary Paul Newman. What Justin needs to stop doing is driving like a fool on city streets. And not because he might get into more trouble, and violate a probation, but because it’s the right thing to do. It was so appreciated when former NFL wide receiver Keyshawn Johnson hopped into his Prius, and chased Justin down their neighborhood street to remind him that the streets are shared by the public. And of course, there was the issue that occurred in south Florida with some fast cars on crowded city streets. How he still has a license, only his deep pockets know.

4. He Messed With Legolas

Justin’s Beliebers vs. Legolas’s LOTR Alliance. A battle made in some really wonderful imagination. For those who missed this one, it all took place at a party, when Justin Bieber started smarting off to Orlando Bloom over Orlando’s ex wife, the lovely Miranda Kerr. There were all kinds of rumors surrounding Justin and Miranda, and a few choice things Miranda may have said to Justin while in passing. Ultimately, it was probably harmless flirtation, but Justin felt it was worth turning into an ordeal. Not to suggest Orlando is a total saint, but he was fine to leave well enough alone. The two almost squared off, except for the fact Justin doesn’t fight his own fights. After threats were made, Orlando was asked to leave the establishment which he did. There wasn’t a person outside of the Belieber community who didn’t wanna see Orlando humble the Biebs.

3. Does the Crime, Not The Time

Justin is just another celebrity we love to hate due his slick ability of doing no time for some serious crime. We imagine all the right donations were made to all the right places, but any regular guy or gal who has committed the societal sins of Justin Bieber has known far greater punishment. Justin’s incidents aren’t few and far between. He has been a royal pain in the a** of society for the past few years. Yes, we’ll admit that he’s doing better in the public arena, but he still engages in foolishness on the regular. Case in point: grabbing a photo of a poor, unassuming fan and telling his army to find out who she was. How many fathers would love to crush the little Biebs for that kind of asininity? Justin continues to live by the “It’s better to ask for forgiveness instead of permission” mantra.

This may be the biggest problem of all Justin’s problems. His father, Jeremy Bieber, is one of the biggest jerks on the planet. That is the battle Justin is engaged in. He wants desperately to love his father. He wants desperately to have a great relationship with his father. But… Daddy didn’t want a whole lot to do with Justin until he started making his multi-millions. Sure, he was around when it was convenient, but for the most part, anything sweet about Justin comes from his momma. It was so refreshing to see Bette Midler light up Jeremy via social media, after Jeremy glorified the size of his son’s penis via Twitter following the nude photo leak. We understand that anyone would want to defend their child, but to enable idiocy…? That’s all Jeremy seems to do for Justin. The underage drink and drug abuse? Jeremy was chaperoning.

This is the heartbreaking reason so many people love to hate Justin Bieber. He wears his heart on his sleeve. He shows up to hospitals to visit his sick fans. He offers earnings to charities. He’s so generous, he has allowed himself to be taken advantage of, time and time again. One of the worst offenders? #2. There is no more infuriating aspect to the split personality that is Justin Bieber than this one right here. He wants to be a good guy. So why not be a good guy? If he finds it boring, and needs to cut loose…? As suggested in reason #5, he needs to find a positive outlet for his mojo. Justin doesn’t need to prove himself to his fans, but if he’d think of ways to convert his biggest critics, we might be publishing more “Top Reasons We Tip Our Cap to Justin Bieber” pieces. 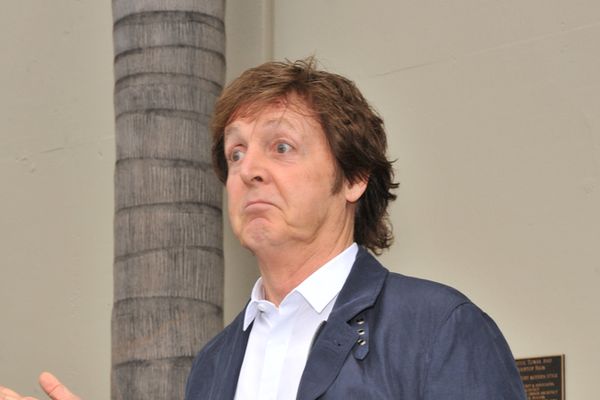