Things You Might Not Know About Criminal Minds Star Joe Mantegna

Joe Mantegna is a veteran actor with tons of experience under his belt in everything from musicals, to films, starring in hit television series and even directing! He’s currently best known for co-starring in Criminal Minds as Special Agent David Rossi, a role he’s held for the past decade, but some of his other well known roles were in box office hits like The Godfather Part III, Three Amigos and Up Close & Personal. In honor of his ever-growing success, here’s a look at some things you didn’t know about Tony Award winning actor, Joe Mantegna!

The popular actor was born in 1947 in Chicago, Illinois. His mother, Mary Anne, was a shipping clerk from Acquaviva dell Fonti in Italy while his father, Joseph Antony Mantegna Sr., was an insurance salesman from Calascibetta, Sicily. His native city honored the star by giving him an honorary street sign. “Joe Mantegna Boulevard” near his high school, Morton East High School in Cicero. Naturally, he’s also a huge Chicago cubs fan!

When he was younger and still living in Chicago, he played bass in a band called The Apocryphals, who later teamed up with another local group called The Missing Links to form the band Chicago. The band once opened up for Neil Diamond! He’s still very close friends with the original members of the band and keeps in touch with all his former bandmates.

7. How He Got Into Acting

Mantegna said a career in acting always seemed far fetched growing up, but in an interview with Cigar Aficionado he describes an ‘ah ha’ moment when he realized acting was his dream. In high school, he signed up to audition for a production of West Side Story. “I knew nothing about theater. On a dare, me and this other guy went in to the auditions. […] So I was young and had this high tenor voice. And I sang the song and, out of the blackness of the empty auditorium, there came this applause. Maybe nobody had ever applauded for me before, but this thing just washed over me. It was like a lightening bolt hit me in the chest. At that moment, I knew what I wanted to do for the rest of my life,” he said.

Before he became a huge film and television star, Mantegna was known for his performances on stage. His career started with a role in the 1969 musical, Hair, and he later earned a Tony Award for his role in Glengarry Glen Ross. But not only is Mantegna a successful actor with over 200 acting credits to his name, he’s also extremely well known for his role behind the camera. He has 12 producer credits, three director credits and two writer credits. He’s directed three episodes of Criminal Minds, “Til Death Do Us Part,” “Anonymous,” and “The Road Home.”

5. Voice of a Cartoon Character

Joe Mantegna has been voicing the recurring character, Fat Tony, on The Simpsons for the past 25 years ever since the episode “Bart the Murderer” in 1991. “He’s my longest-running character! I’ve never done anything else for 20 years. When I was asked to do that role, I thought it was a one-shot deal. It seemed to resonate with the producers, and I was asked to come back — and then again. It got to the point where they felt that he was an important character for the series. I take that very seriously,” he said in an interview with Hollywood Reporter.

Mantegna married his wife, Arlene Vrhel, on December 3, 1975. The couple have two daughters, Mia and Gia. His daughter Gia is also an actor and she’s appeared on numerous television shows and movies, including her father’s show, Criminal Minds! His oldest daughter, Mia, was diagnosed with autism when she was only 3-years-old.

Joe Mantegna is a big believer in Americans Second Amendment rights and is a devout firearm enthusiast. He hosted the Outdoor Channel’s series MidwayUSA’s Gun Stories from 2011 to 2016 and has been extremely open about his support, despite what his peers in Hollywood might think. “If America is going to stay America, the First Amendment — freedom of speech — has to be supported, but so does the Second Amendment. There is a reason the Founding Fathers put it way up there at the top,” said Mantegna.

The former Joan of Arcadia star is not only an successful actor and director, he’s also a restaurateur! Mantegna opened a Chicago-themed restaurant called Taste Chicago with his wife, Arlene, in 2004. It’s located in Burbank, California, and is a popular spot for people from Chicago who are looking for a familiar slice of home. Not to mention it’s a great place to go and hopefully catch a glance of Mantegna himself! “It was an idea my wife had over 10 years ago so what we tried to do was duplicate the kind of restaurants and the hangouts that we would go to when we were teenagers…At any given time you’ll catch me in there, hanging out when I have the time,” he said. 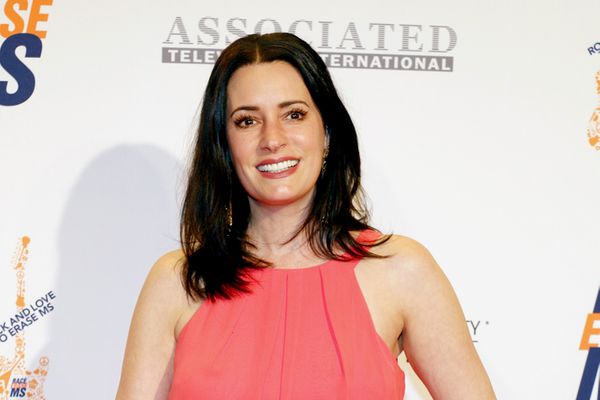 Things You Might Not Know About Criminal Minds Star Paget Brewster