Ever since news broke that Morena Baccarin is pregnant with Ben McKenzie’s baby, everyone’s been talking about the former Homeland actress. Her life is definitely proving to be as interesting as the Showtime series. She’s currently in the midst of a messy divorce and custody battle with her ex, Austin Chick, and she’s already playing house with Ben. She certainly moves fast, which makes us wonder, what else don’t we know about her? Here are 9 things you probably don’t know about the mysterious Morena!

She was born in Rio de Janeiro and grew up speaking Portuguese. She moved when she was seven years old to Greenwich Village, New York, and learned to speak English.

Her mother is actress Vera Setta and her father Fernando Baccarin is a journalist who is of Venetian descent. Her late uncle, Ivan Setta, was a celebrated director who was well known for playing screen villains in Brazil.

She and her Homeland co-star Claire Danes were classmates in junior high at the New York City Lab School for Collaborative Studies.

After high school, she studied theatre at Juilliard School.

She guest starred in three episodes of The O.C. during the show’s third season, which is how she initially met her current boyfriend, Ben McKenzie. She played Maya Griffin. According to Ben, he doesn’t remember her guest starring on the show.

Early in her career, she was pigeonholed as a Hispanic actress and was locked out of many roles as a result.

Her first television role was in Joss Whedon’s sci-fi drama Firefly, which only lasted one season, but developed a cult following.

Morena won the role of Jessica on Homeland after Scottish actress Laura Fraser proved unsuitable. The pilot had to be re-shot to include Morena. She went on to win acclaim for her performance, garnering an Emmy nomination for Outstanding Supporting Actress in a Drama Series. 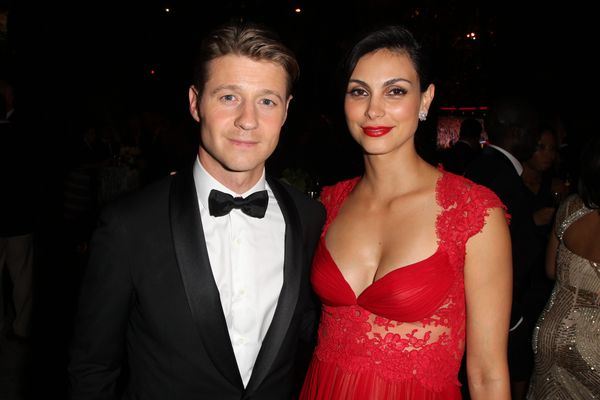