Ryan Seacrest is a well known figure in Hollywood. Thanks to his longtime hosting role on American Idol, everyone knew who Seacrest was with his charming smile and perfect hair, but his life away from hosting might surprise you. As it turns out Seacrest’s career in producing is one of the best in the industry, not to mention all of the other incredible success he has had. Here are 9 things you never knew about the entertainment industry mogul:

Although Seacrest catapulted to success as the host of American Idol, it turns out it wasn’t the gig he was originally offered on the show. He revealed that he actually auditioned to be the third judge for the hugely popular show because they already had a host in Brian Dunkleman and added that he was made host only three days before the show’s very first episode after producers landed Randy Jackson as a judge at the last minute. While it was the his huge break in the industry, Seacrest had actually hosted several shows before American Idol including Radical Outdoor Challenge, Gladiators 2000, Wild Animal Games and NBC Saturday Night Movie.

To the surprise of pretty much everyone, Ryan Seacrest actually used to be a football player on his high school’s football team. Since he was a bit bigger when he was younger he played as a center on the offensive line for the team, and although he said he wasn’t very good, he also said he had no problem “[knocking] the crap out of some people,” which is almost impossible to imagine after seeing Seacrest now. After playing center and linebacker, Seacrest lost some weight and was moved to strong safety. “I didn’t have a lot of technique or finesse or skill, so I just tried to ‘stick ’em.”

Ryan John Seacrest was born on December 24, 1974 in Atlanta, Georgia. His mother Constance Marie was a homemaker while his father Gary Lee Seacrest worked as a real estate lawyer. According to his mother, Ryan had an interest in show business very early on and would do shows in their house. He attended Dunwoody High School in Atlanta, and at 16 won an internship at the radio station WSTR where he learned many of the basics of working in radio. He worked at the station for the remainder of high school and after graduating in 1992 he studied journalism at the University of Georgia. After a few years, when he was 19, Seacrest left University and moved to L.A. to pursue a career in broadcasting.

Now, Seacrest is one of the most toned and attractive men in the industry and has been named one of People‘s Most Beautiful People in the World several times, but his younger years weren’t so easy for the star. Seacrest revealed that growing up he was teased for being the “chubby” kid and was so insecure about his weight he refused to take his shirt off at the pool, and was often sneaking snacks behind his mother’s back. Eventually he made the decision to get serious about his health and now makes going to the gym one of his top priorities despite his busy schedule.

Ryan Seacrest is often referred to as one of the hardest working men in the industry, and that’s because it is very true. On top of his hosting gigs, radio show and other business ventures, Seacrest is also the head of Ryan Seacrest Productions. He has 42 producing credits to his name, and is actually the man behind the success of the Kardashians. It was Seacrest who approached Kris Jenner about doing a reality show focused on her family, and is behind Keeping Up With the Kardashians and all of its various spin-offs as well, while Jenner refers to him as one of her closest friends.

As well as being a host, having not one but three radio shows, hosting Dick Clark’s New Years Rockin’ Eve, running a production company, and running a charity foundation, Seacrest has his hand in many other business ventures as well. Seacrest started his own startup keyboard company called Typo and also has his own clothing line. The line called Ryan Seacrest Distinction is sold in over 500 Macy’s stores and includes everything from suits to tuxedos and gloves. On top of it all, he is also the co-owner of a very successful sushi restaurant called Katana in L.A.

He may not be an actor, but Ryan Seacrest is still an award winner. He has been nominated for 13 Primetime Emmys, and finally won one in 2010! Seacrest won the Emmy for his part in producing the Food Revolution with Jamie Oliver which won for Outstanding Reality Program. In 2006 he also won a Daytime Emmy, and has won two Teen Choice Awards.

Over the years, Seacrest has been constantly plagued by rumors that he is hiding his sexuality and is in fact gay. Regardless, he has one of the most impressive dating histories of any star having dated many of Hollywood’s most beautiful women including Teri Hatcher, Sophie Monk, Julianne Hough, and Adriana Lima, just to name a few, but he has never been married. According to Hatcher, Seacrest broke her heart after he just disappeared after their relationship became more serious and she never saw him again after photos of them kissing popped up on the internet.

He may not be an actor or a singer, but it shouldn’t be too surprising that because of his extreme success in the entertainment industry, Ryan Seacrest is actually worth much more than some of the biggest stars. After more than 20 years in Hollywood, and success at every turn, Seacrest now has an estimated net worth of $350 million and makes a reported annual income of $65 million. 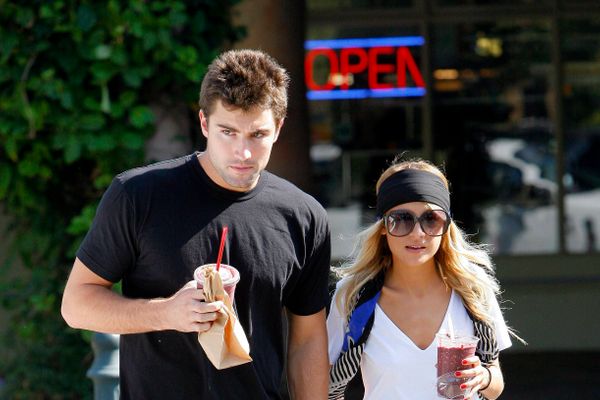 8 Celebrity Couples Who Faked It For Publicity