Through 15 seasons, many wondered whatever happened to American Idol‘s many winners and runner-ups, as only a select few actually became staples in the music industry. While how much competing on American Idol actually helped the artist’s career is up for debate, it did not go unnoticed that some of the show’s most successful contestants were country music singers. Here are American Idol’s popular country singers ranked:

Crystal Bowersox quickly became a fan favorite in season nine of American Idol where she immediately impressed in her audition with a rendition of Shania Twain’s “Piece of My Heart.” She went on to come in second place on the season and was the first female contestant to make it to the finale since Jordin Sparks’ 2007 win in season six. Her debut album “Farmer’s Daughter” was released in 2010, but unfortunately for the singer, in 2011 RCA Music Group disbanded Jive Records, J Records, and Arista Records, leaving Bowersox without a label. She has since found a new label and released a second album with moderate success. 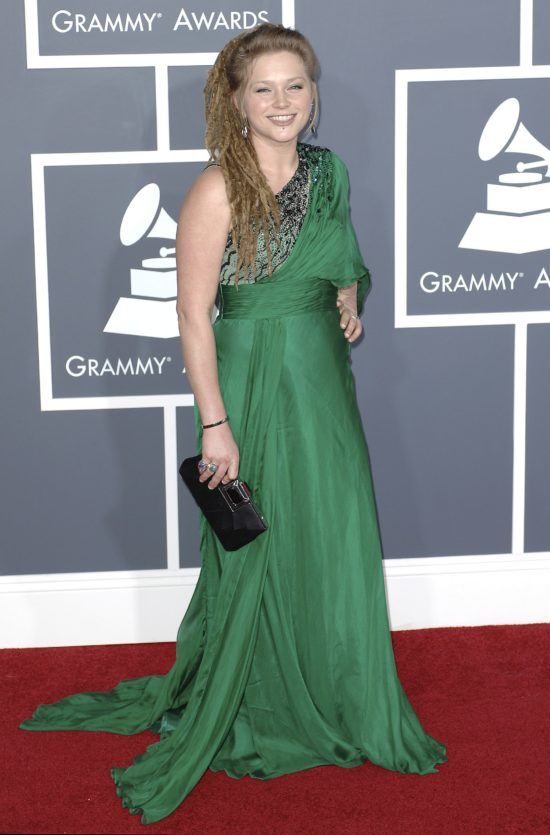 Danny Gokey’s story hit fans hard when he entered American Idol’s eighth season in 2009. At the time the Milwaukee native was a former truck driver and had lost his wife only weeks before auditioning. He ended up placing third in the season, and also ended up signing with 19 Recordings/RCA Nashville which made him the first male Idol contestant to sign to a major country label. His debut album “My Best Days” entered the Billboard charts at number four. The fantastic debut gave Gokey the best opening-week sales debut by a country male artist in 18 years. He went on to open for Sugarland and released four more albums with his most recent being “Rise” in January, 2017, but he has most certainly not become a well known country artist despite his talent. 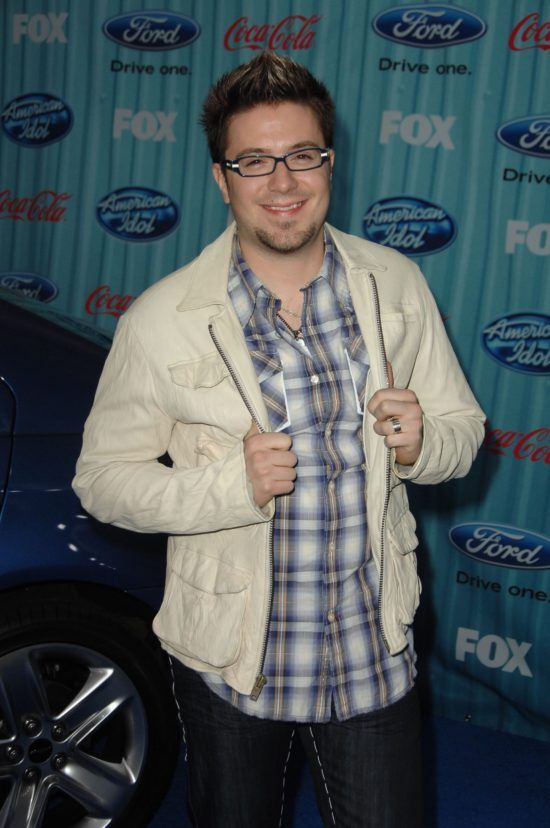 Without a doubt, even though he may not be the best American Idol country artist, Bucky Covington is certainly one of the most memorable. The country singer competed on American Idol‘s fifth season where he only placed eighth, but left a lasting impression on country music fans. Covington was signed to Lyric Street Records and in 2007 his self-titled debut album was released where it debuted at number four on the Billboard charts and number one on the Top Country Albums chart and produced three top 10 singles! Despite his early success, after the closure of Lyric Street Records in 2010, Covington’s career never rebounded even after the release after his second album “Good Guys” in 2012. 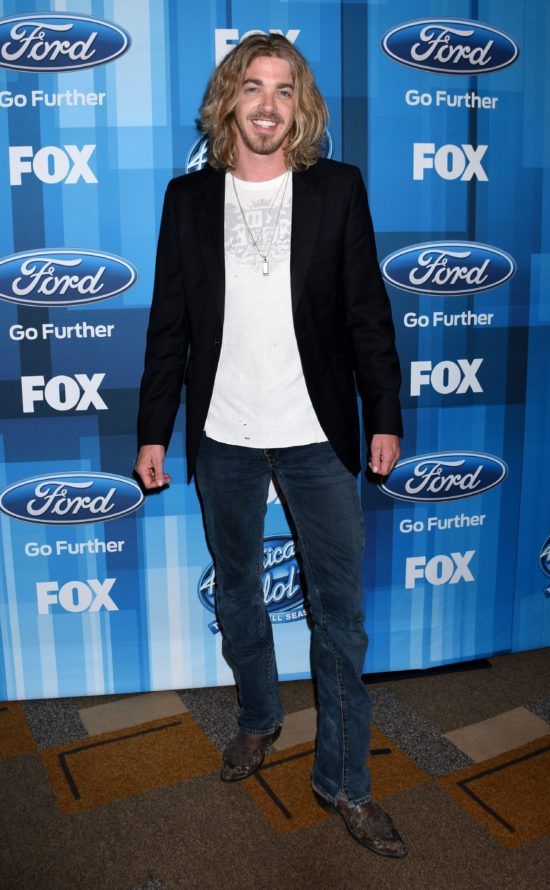 In season nine, Casey James took American Idol by storm with his infectious personality and impressive talent. James had the added benefit of previous performance experience and made it all the way to third place in season nine’s finale. He saw immediate success by becoming an opener for Sugarland on their The Incredible Machine Tour in 2011. He then went on to sign with Sony Music Nashville, and released his first album in March 2012. Unfortunately, struggles with his labels have meant that much of James’ music has not been heard and only his one album has been released. 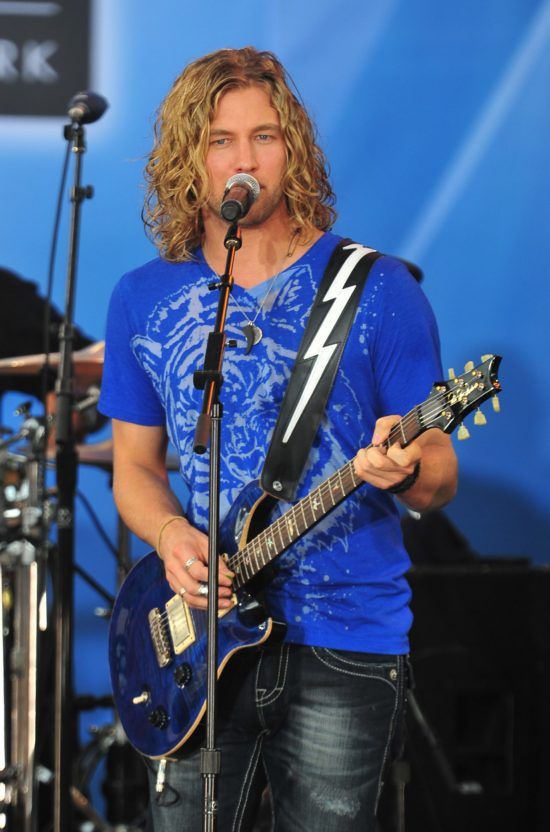 Unlike many others, Kree Harrison is one of the few American Idol contestants to have a record deal before even starting her Idol journey. With her previous deals falling apart, she went on to American Idol where she placed second and gained many fans with her incredible talent. Following the American Idols LIVE! Tour 2013, Harrison premiered her son “Strong and Silent” and signed with an independent label. After much anticipation her debut album “This Old Thing” was released in July 2016, but peaked at 28th on the US country charts. Given her talent, the debut was disappointing and Harrison’s career has been rather quiet since. 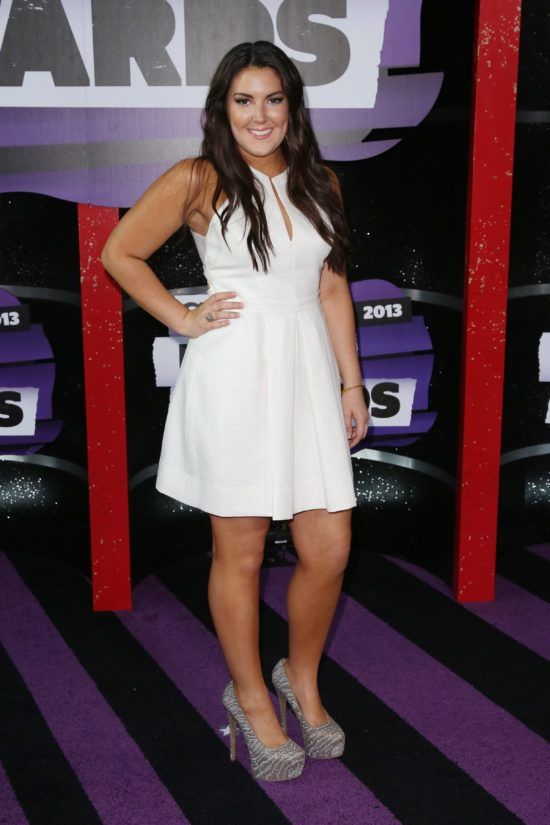 Josh Gracin was the very first country singing American Idol contestant to be discovered via the show. Gracin captured fans’ hearts with his story of trying out for Idol‘s fourth season after serving as a Marine and, although he placed fourth in the competition, he became the first ever American Idol contestant to land a No. 1 country hit, “Nothing to Lose.” After leaving the competition, he signed with Lyric Street Records in 2004 and had three Top 10 singles off of his self-titled debut album. In the years since, Gracin has released three more albums and signed with Private Label Studios in 2013, but has not reached the same success as his early career. 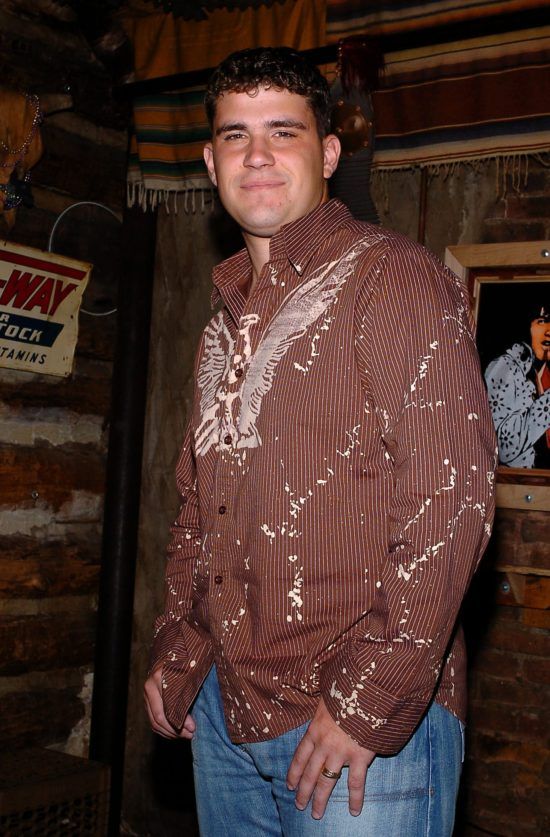 Of all the talented singers to come out of Idol in all musical genres, Kellie Pickler has become one of the most popular of all. After competing on season five of American Idol, Pickler has remained in the spotlight even though she only placed sixth on the season. Her talent and personality landed her a record deal and in 2006 she released her first single “Red High Heels” along with a music video a month later when went on to be nominated for “Breakthrough Video of the Year” at the CMT Video Awards. Pickler’s first album “Small Town Girl” topped Billboard’s Top Country Albums and debuted at number nine on the Billboard 200. Unlike many of the other artists, Pickler’s career continued to pick up steam and was nominated for “Top New Female Vocalist” at the ACM Awards in 2007. Pickler has now released four albums and even broke into reality TV by competing on Dancing With the Stars which she won in season 16 and landed her own CMT reality series I Love Kellie Pickler. 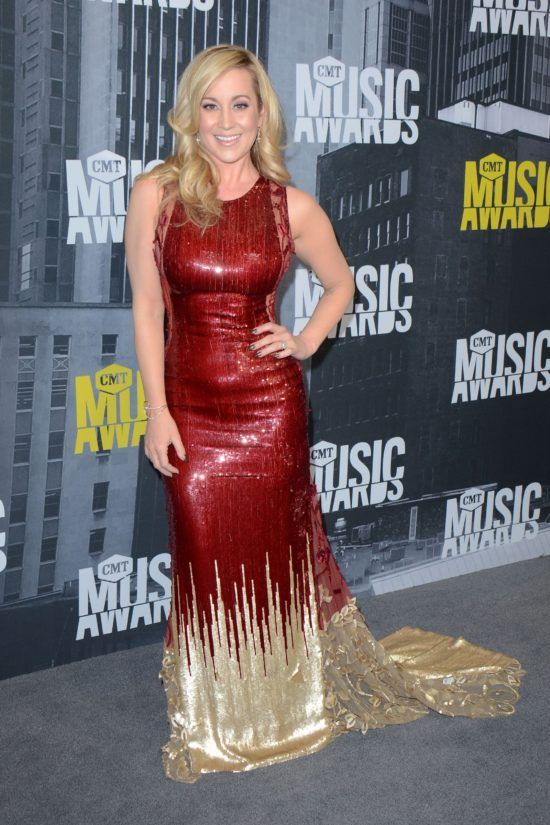 Lauren Alaina was no stranger to competitions before competing on American Idol. At eight years old she won the Southern Stars Pageant and at 10 won the American Model and Talent competition against 1500 other kids. In 2011 she competed on American Idol and became a quick favorite, but ended up placing second, behind another Idol country favorite, Scotty McCreery. Alaina was quickly signed to Interscope Records, Mercury Nashville and 19 Recordings and had immediate success with her first single “Like My Mother Does.” In 2011 she released her debut album “Wildflower” and went on to be an opening act for Jason Aldean’s My Kinda Party Tour. After the January 2017 release of her second album “Road Less Traveled,” Alaina has had continued success including a win for Breakthrough Video of the Year for “Road Less Traveled” at the 2017 CMT Music Awards. 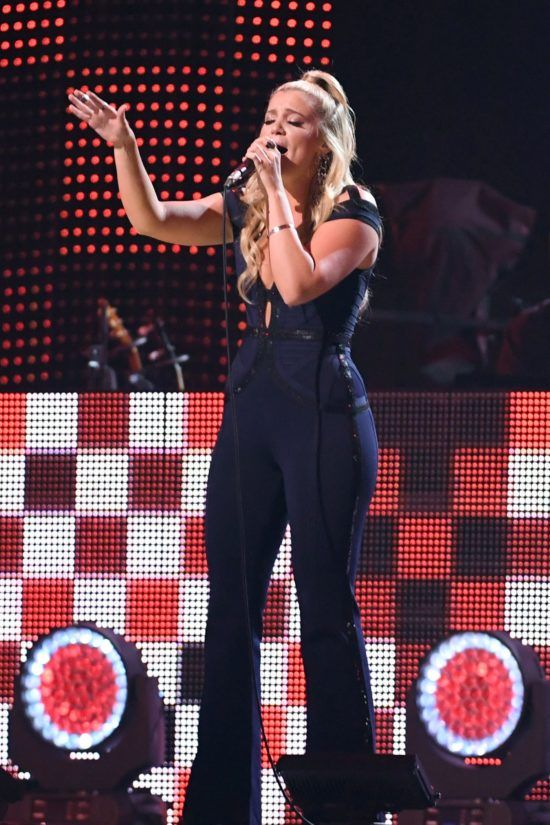 After narrowly beating out Lauren Alaina in American Idol’s 10th season, Scotty McCreery has gone on to become a staple in the country music world. His vocal stylings and classic southern gentleman charm had fans hooked from the beginning and their loyalty has led McCreery to lots of success outside of Idol. After signing with Mercury Nashville, he released “I Love You This Big” which went gold. His first album “Clear as Day” made history following its October, 2011 release as McCreery became the first country act to debut at No. 1 on the Billboard 200 with a debut album. It went on to reach number one on five different Billboard music charts. He has since released two more album’s and more hits including “See You Tonight.” 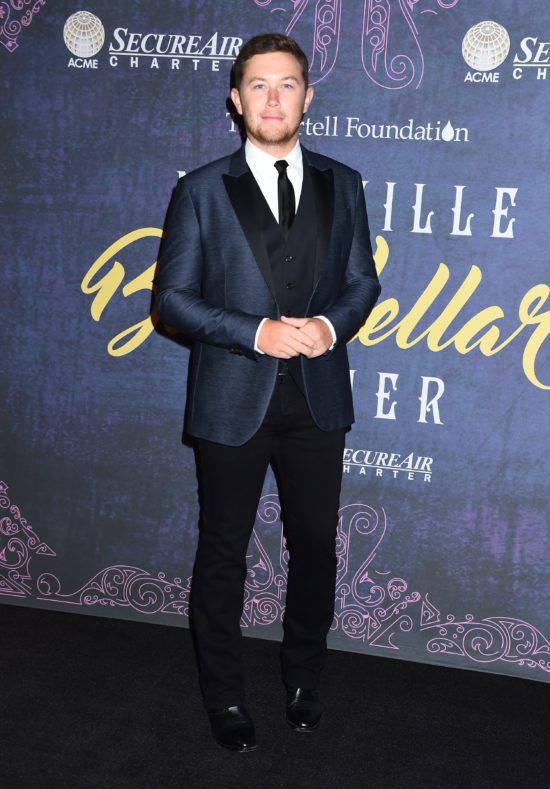 There is of course no doubt who reigns as the best country star to come out of American Idol. Carrie Underwood has become one of country music’s most successful and influential artists of all time, and many forget it all started on American Idol‘s fourth season for the country superstar. After winning the fourth season, Underwood’s debut album “Some Hearts” became the best-selling solo female debut album in country music history. She is now the most successful American Idol winner of all time and has since attained seven Grammy Awards, 10 Billboard Music Awards, 11 American Music Awards, through five albums and over 10 years in the industry. 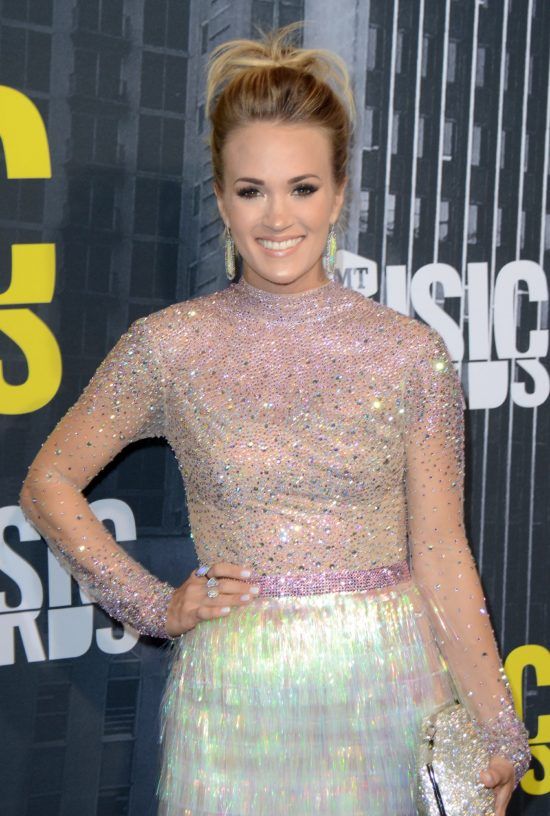 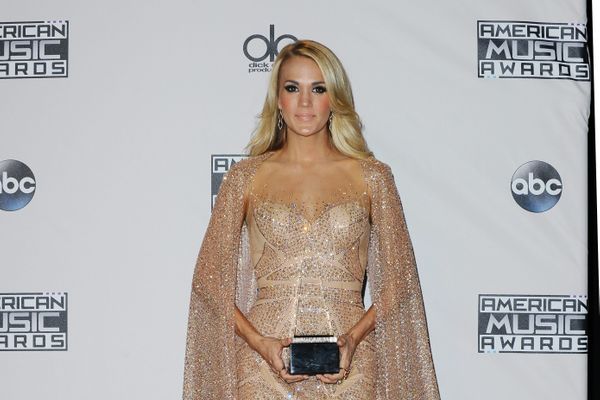