For 16 seasons, American Idol has been doing its best to surprise and shock its fans. Even though the show was canceled briefly in April 2016, it was revived in 2018 with three new judges, Katy Perry, Luke Bryan and Lionel Richie, and with new judges came more controversy! Here are American Idol’s 12 Most shocking moments ever:

American Idol favorite Pia Toscano’s elimination during season 10 not only shocked viewers, it also shocked the other contestants and the judges. She had been pegged as a potential winner and her elimination was part a growing trend of female contestants being voted off the show before their male counterparts. The judges were so visibly upset that Jennifer Lopez said, “I have no idea what just happened here. I’m shocked. I’m angry. I don’t even know what to say.”

During season 12 of American Idol, Nicki Minaj and Mariah Carey had quite the feud. During auditions in Charlotte, North Carolina, there was footage of Minaj flying off the handle and shouting, “I told them I’m not f—king putting up with her f—king highness over there,” referring to Carey. The “Anaconda” singer reportedly exploded because of a disagreement she had with the “Fantasy” singer over a contestant’s performance. Although it wasn’t captured on film, Minaj reportedly also told Carey, “I’m gonna knock you out.”

10. Simon Cowell Rolling His Eyes about the Virginia Tech Tragedy

Simon Cowell found himself in hot water during season six of American Idol when it appeared that he was rolling his eyes at a contestant, Chris Richardson, who had ended his performance by saying his “heart and prayers go out to Virginia Tech.” Fox received numerous complaints from viewers who felt that Cowell had gone too far. Surprisingly, he offered an apology – sort of. “I’ve never heard so much rubbish,” he said. “I was saying to Paula, ‘What does [Richardson] mean, he sang nasally on purpose? I didn’t understand what he was saying.’ So I hadn’t even heard what he did. Then my eye rolled, given what I was saying to Paula.”

When season five finalist Ace Young proposed to season three runner-up Diana DeGarmo during the season 11 finale of American Idol, viewers (and DeGarmo) were shocked. Of course, she said yes and the moment went gone done as one of the most romantic in American Idol history.

8. Steven Tyler Hits on a Contestant

During season 11, Steven Tyler did the unthinkable – he hit on 15-year-old American Idol contestant Shannon Magrane when she auditioned for the show in Savannah, Georgia. This happened after the judges had invited Shannon’s family into the audition room after learning that her dad was a professional baseball player. He told Shannon’s dad that his daughter was “hot, humid and happening.” Gross.

7. The Three Divas in the Bottom Three

When Jennifer Hudson, Fantasia Barrino, and LaToya London all landed in the bottom three during season three and then Hudson was eliminated, protesters (including Elton John) cried racism. The situation was incredibly shocking because all three of them women had received rave reviews from the judges and had become known as “The Three Divas,” and lesser contestants like John Stevens were able to continue on in the competition. Apparently, it was just a classic case of vote-splitting. Because Hudson, Barrino and London were competing for the same voters, they received fewer votes as a result and that’s how they ended up in the bottom three with Hudson being eliminated.

Katy Perry created some controversy when she kissed a 19-year-old contestant (without his consent) after he told her that he’d never kissed a girl. While her co-judge Luke Bryan defended her, claiming that the incident was blown out of proportion, the contestant, Benjamin Glaze, revealed that the situation made him uncomfortable. “I was a tad bit uncomfortable. I wanted to save it for my first relationship. I wanted it to be special. Would I have done it if she said, ‘Would you kiss me?’ No, I would have said no. I know a lot of guys would be like, ‘Heck yeah!’ But for me, I was raised in a conservative family and I was uncomfortable immediately. I wanted my first kiss to be special,” he told The New York Times.

By the time that Steven Tyler joined American Idol, ratings were already lagging, so maybe the striptease that he did during season 11 was an attempt to rectify that. His striptease literally came out of nowhere and shocked his fellow judges, Jennifer Lopez and Randy Jackson, as well as viewers. Thankfully he left his underwear on, but that didn’t stop him from mooning the camera before he dove into a pool that surrounded the stage at the Le Reve Theater at Wynn Las Vegas.

During season six, Ryan Seacrest and Simon Cowell shocked viewers when they faced off after contestant Chris Sligh’s performance. The two began bickering when Seacrest challenged Cowell about a critique he was given to Sligh. Cowell told Seacrest, “Who is asking you?” He then told the host, “You do the links, sweetheart. I’ll do the judging.” Seacrest took particular offense to being called “sweetheart.” He retorted, “Don’t call me sweetheart. I don’t want that kind of relationship. We’ll just work together – that’s fine with me.” Things became quite awkward and Cowell acknowledged this when he blamed, Seacrest, telling him, “You’d made this very uncomfortable, Ryan.”

Katrina “Bikini Girl” Darrell received a lot of attention when she auditioned for season eight of American Idol in a tiny orange bikini and planted a big kiss on the host, Ryan Seacrest. While the male judges fawned over her, female judges Paula Abdul and Kara DioGuardi were less than impressed with her ensemble with DioGuardi believing that she didn’t have the chops to be a singer. Even though Darrell made it to the next round, she was quickly eliminated.

2. Paula Abdul Refuses to Sing Along to a Medley of Her Songs

Paula Abdul shocked everyone during season one when she got on stage with Tamyra Gray, Nikki McKibbin, Justin Guarini, and Kelly Clarkson who were singing a medley of her hits and refused to sing – even when McKibbin put a microphone in front of her face! At that moment, Abdul looked arguably panicked and seemed to confirm the long-standing rumor that she never sang any of her own songs.

When Taylor Hicks won season five of American Idol over fan favorite Katharine McPhee, it was shocking. Even Simon Cowell didn’t think Hicks would make to the final round let alone win! Since that fateful night, McPhee has become the real star. She’s released five albums and has a successful television career. She currently has a role on the show Scorpion as Paige Dineen. 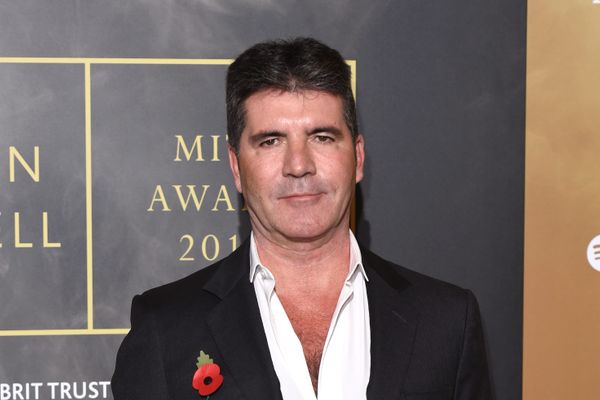