Trista Sutter first stole our hearts as the runner-up in season 1 of The Bachelor. Instead of being sent home empty-handed after Alex Michel chose Amanda Marsh, Sutter became the ABC’s first-ever Bachelorette! As the star of The Bachelorette in 2003, she met her now-husband, Colorado firefighter, Ryan Sutter! Fourteen years later, the two are still happily married with two children. It’s no secret the odds were against them as a reality TV couple, but somehow they are among the few Bachelor nation couples who’ve defied the odds and stayed together, so let’s take a look at 10 things you probably didn’t know about Trista and Ryan Sutter’s Relationship!

After they finished filming, Trista and Ryan got married in an elaborate ceremony and moved to Colorado where Ryan works as a firefighter, and Trista is a stay-at-home mom, author, and blogger. In an interview with Oprah Winfrey, Trista and Ryan were adamant that despite their reality TV fame, their lives are pretty normal! “Honestly, I think inside of each of us we know the relationship is gonna last and love is not necessarily a fairy tale,” said Ryan. They stepped away from the limelight to live a quieter life. “[We’re] really living life quiet and happy in Colorado. Life in the Sutter home is all about our kids,” said Trista. Ryan then added: “Yeah, I don’t think life in the Sutter home is unlike most American homes.”

Even though they live a low-key, quiet life now, there’s no denying their relationship was once much more glamorous. After the season finale, Trista and Ryan got married in an elaborate multi-million dollar wedding which aired on ABC for the franchise’s first-ever televised wedding ceremony. In exchange for allowing them to film their special day, ABC, of course, footed the cost. Prior to the wedding, Trista had said to People, “Never ever would I have been able to afford this.” The wedding took place on Dec. 6, 2003 and was broadcast as a mini-series called Trista & Ryan’s Wedding. The special drew a whopping 26 million viewers and, according to People, they were paid $1 million in return.

Trista and Ryan definitely had their fair share of naysayers who doubted their relationship before and after they got married. They definitely proved them wrong! Trista revealed one of their biggest doubters was American Idol judge Simon Cowell. During a photo shoot, he blatantly told her he didn’t have high hopes for her and her beau. “Simon Cowell sat on a couch with me, and said ‘I give it six weeks,'” she said. Fifteen years later and these two are still married!

7. Why Their Relationship Lasted

Trista Sutter believes her relationships is one of the few from Bachelor nation that actually worked because of what they chose to do after the show ended. “Whenever I hear of people going on ‘Dancing with the Stars‘ right after, it’s heartbreaking to me,” she said to Today. “It is a really short period of time, and you are in a bubble. For six, eight, 10 weeks — however long you’re filming. For us, it was six. So that’s all you’re focused on…You’re just solely focused on developing these relationships. And for some people, they get caught up in the glamour of it all, and the excitement. And maybe they realize, after they get back to the real world, that they’re not compatible.”

In an interview on Good Morning America, the couple talked about how and why their relationship has defied the odds against them. One of the things they discussed was how they still keep things romantic. For example, Ryan still has the final rose that she gave him — he keeps it tucked away in a closet upstairs and still writes her sweet notes out of the blue.

Even though The Bachelor can make relationships seem like they are all fairytales with happy endings, Trista reminded us it’s actually a lot of work! Just like any relationship these two have to put in a lot of effort to keep their marriage strong. “It’s just like your job. You have to put in the time and effort and energy that you do into everything else in your life. And I feel like [Ryan and I] do that. We’ve had our bumps in the road, just like anyone else, but it’s really about staying focused on each other and dedicating time to each other,” said Trista to Today.

4. How Children Changed Their Lives

Trista and Ryan are parents to two children, Maxwell, 9, and Blakeley, 7. Once they began having children, Trista left her job as a physical therapist and became a stay-at-home mom. “For so long in my life, I wanted to be a career woman. Once we had our kids, it was over,” said Trista in an interview with Huffington Post. “They are our world. They really have shown us…to appreciate the little things in life.” Ryan joked that aside from his hair turning gray and falling out, having children has changed his life in amazing ways. “It rearranges your priorities. All in a positive way,” he said.

This cute couple has been married for 15 years! In an interview with Huffington Post, both Trista and Ryan made it clear that one of their golden rules is divorce is not an option. “We’re normal. We’re just like everybody else, and we have issues like everybody else,” said Trista. Ryan then added: “I think too many people consider it an option and if you just don’t consider it an option, then you’re forced to work through things. It’s sort of, almost like if you considered it almost as significant as dying. You know, you wouldn’t just say, ‘well, the solution to this problem is I just have to die.’ So you just figure out a way to go on living, and go on making your marriage work,” but for these two it’s clearly not an option!

Many people were surprised to see Trista and Ryan on Marriage Boot Camp in 2014, but they insisted their marriage wasn’t in any trouble when they signed up for the show. It was merely because they just wanted to work on their relationship. “We want to show people that no matter how long you’ve been married, no matter how happy you are — because Ryan and I are the happiest we’ve ever been, truly — you have to work on your marriage. You have to put effort in. So what is the problem with actually working on it? There’s nothing wrong — we just want to be better,” she said in an interview with Access Hollywood.

1. Key to a Successful Relationship

In a 2014 interview with Parade, Trista talked about how the things she and Ryan do for each other make their marriage successful. “I think being grateful. Making sure that you are acknowledging how grateful you are for each other on a consistent basis, being realistic with each other, and knowing that he has to go for a bike ride or go for a swim, or work in the yard, he needs to have that alone time and I need to respect that just as he would respect me going to the gym or getting my nails done. And humor is a big part of our relationship. We obviously love each other, but we like each other also, you need to actually be friends with your partner,” she said. 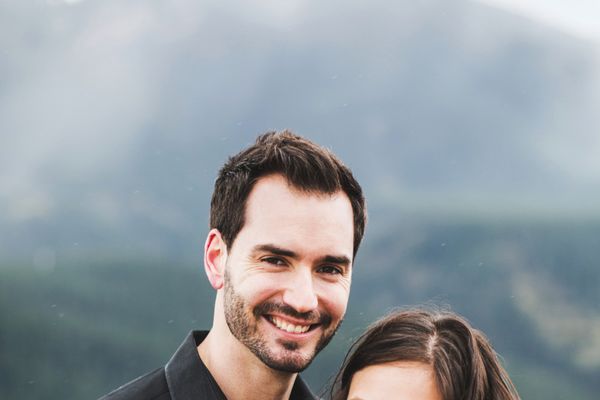 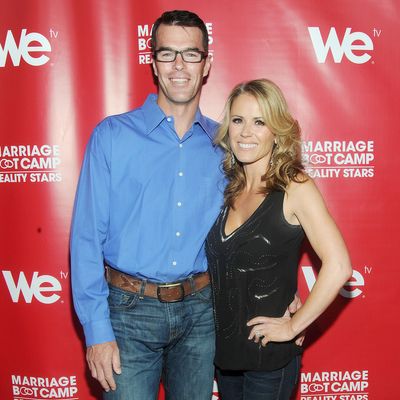