Former Bachelorette Andi Dorfman released a tell all book, It’s Not Okay: Turning Heartbreak into Happily Never After, and it’s a doozy! She spilled the beans on her the man who won her heart that season of The Bachelorette, Josh Murray, and the runner-up, the notorious Nick Viall. The picture she painted in her book isn’t a pretty one and, since the two men who competed for her heart are now competing for another woman on Bachelor in Paradise, we figured we’d take a look at some of Andi’s most shocking revelations about these two studs to come from her book – check it out:

According to Andi, Josh isn’t just a pretty face – he’s also really controlling. After she accepted his proposal on The Bachelorette, she was forbidden from taking photos with other men. Getting caught even talking to a male guest at an event was enough to cause a scene. “I was talking to a guest at the event, who happened to be a man,” she wrote in her book. “When [Murray] pulled me aside and told me how disrespectful I was being.” She claims that he then called her a “whore,” which prompted her to temporarily end the engagement.

As time wore on, the former Bachelorette began to feel like she was always walking on eggshells with Josh. “What people didn’t know was after two shows, I had become a twenty-seven-year-old woman who walked on eggshells in her own home. What they didn’t know is I was trapped with someone who, in my opinion, often behaved like an emotional abuser. Yes, I said it, and I’m not taking it back. He was good-looking, with an electric smile and the ability to charm anyone, and his affection in public made people believe that he was a loving partner, but by the end of our relationship, it was just a mask covering the control he exerted in private. He had an uncanny way of manipulating situations and conversations to make me feel like the worst person in the world. In his own words, I was not only selfish and unappreciative, but the ‘most miserable person he’d ever met,’” she wrote.

5. She Feared for Her Safety

Over the course of their relationship, Andi became nervous about Josh’s actions and once even told her friend Nikki Ferrell from Juan Pablo’s season that she feared for her life. While on the phone, she told Nikki, “Well … if I show up dead, tell the cops he did it,” she wrote. “This became the single most vivid moment of my relationship. I realized just how much of myself I had lost in the past nine months. I was trapped in a relationship that made me feel utterly worthless and dismally defeated.”

4. There Was No Chemistry with Nick

While things were pretty hot and heavy between Andi and Nick Viall on her season of The Bachelorette, that chemistry was totally non-existent in the fantasy suite. According to Andi, “the fireworks between us just weren’t there. All of the kissing and groping and chemistry we had atop the sheets just wasn’t the same underneath them.” She also alleges that Nick asked her mid-romp whether she would rather “make love or f-ck.” “This is sex, dammit … kiss me, love on me, and if you can’t talk without making an utter fool of yourself, then stay silent,” she wrote. If the sex had been mind blowing, she might have overlooked this, but it so obviously wasn’t.

In her book, Andi claims that Nick Viall apologized later for outing her on live television for having sex with him in the fantasy suite and told her that he hadn’t intended to hurt or embarrass her and that he was just upset because she had rebuffed his numerous attempts to get in contact. “Seeing the hurt in my face, he tells me he was angry that he had tried to reach out to me so many times before, and he felt hurt that I refused to see him. This was true – he had, and I had refused both times and told producers that he would have his chance to talk to me at the finale.”

2. Josh Was Not Okay with Andi and Nick’s Hookup

Before Nick Viall had publicly revealed that he and Andi had been intimate, Josh had reportedly told her that he would end their relationship if she had slept with another man on the show. Although she denied sleeping with Nick at first, she eventually came clean, which had a new set of consequences. “It would be an excuse to call me a “whore,’” she wrote. “And it would eventually lead to the demise of our engagement.”

After her breakup with Josh, Andi moved to New York for a fresh start; however, before the move, she decided to have lunch and one final tryst with her ex. “It’s a risky move that could lead to my final descent, but I know I’m strong enough to face it. I can do this. I need to do this! If only to prove to myself that I am in the driver’s seat of my own life; that I can have one last high and quit my ex addiction once and for all,” she wrote. “Plus, it’s been fifty-five days of hellish withdrawals, and maybe I want some damn dessert too!” 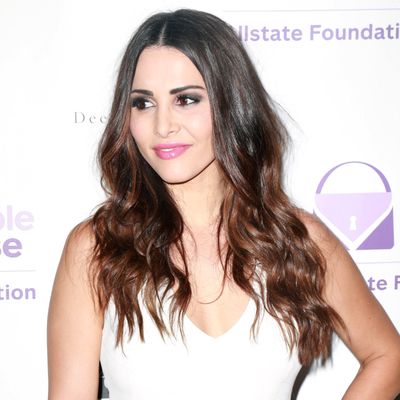