Blake Shelton and Gwen Stefani are officially an item and most people are thrilled. This unlikely duo is totally hot – and not just for each other. Unfortunately, their steamy hookup seems to be affecting their former spouses. Sources have leaked information about Miranda Lambert and Gavin Rossdale’s feelings about Blake and Gwen’s relationship, which makes it look like things could get really messy. Here are 10 things fans need to know about the Blake and Gwen hookup:

Since September, sources had been saying that Blake and Gwen were getting really flirty on the set of The Voice. An insider told Life & Style, “They’re trying to keep it on the down-low, but it’s not happening partly because they’re all over each other. The chemistry between them is off the charts. Everyone on set sees that Blake and Gwen are falling for one another.”

Just weeks before Blake and Gwen confirmed that they were dating, he took the “Hollaback Girl” to his home State of Oklahoma. She posted a photo on Twitter on the plane tarmac with the caption, “Hi @blakeshelton @NBCTheVoice gx,” and he retweeted the photo the photo, writing: “Hi @gwenstefani!!! Welcome to Oklahoma!!!” However, it wasn’t just Blake and Gwen in Oklahoma. They also brought along Adam Levine.

8. Blake Brought Gwen to Nashville for the CMAs

Hours before it was confirmed that Gwen and Blake were a couple, they set off with for Nashville for the CMAs. She didn’t attend the event, but Blake did; however, afterwards, they both attended an after party together and were photographed holding hands.

7. Blake and Gwen Collaborated on a Song

According to People magazine, Blake and Gwen have written a country song together. An industry insider said, “It’s amazing how good she sounds on a pretty country song. And it sure is good to hear Blake singing real country again.”

When news broke that Gwen and Blake were happening, Miranda reportedly commented that she wasn’t at all surprised. “She was not surprised to hear of the romance between Blake and Gwen. They were always pretty flirty,” a source said. “Miranda and Blake were on the rocks on and off and knew that this could always be a possibility.” The source continued, “Blake is just a flirty kind of charmer. She has nothing against Gwen and thinks she is a very talented artist. Whomever Blake is with she wishes them the best.”

4. Gavin Was Really Critical of Gwen

TMZ also reported that Gwen felt “beaten down” during her relationship with Gavin because she felt that he was a “control freak” who “said disparaging things to keep the upper hand in the relationship.” He reportedly criticized her parenting skills and accused her of not being a supportive wife.

According to TMZ, sources told them that Gwen wouldn’t let Gavin go on tour because she was paranoid that he might cheat on her. She would reportedly “browbeat” him into staying at home, which prevented him making money.

TMZ also reported that Gwen is really attracted to Blake because he is such a positive person. This helped to resurrect “her self esteem” and “make her feel good again.”

1. Divorce Brought Blake and Gwen Together

Blake and Gwen’s marriages broke up around the same time, so they have been going through this process together, which has brought them closer. “Blake and Gwen are going through similar situations,” an insider close to Blake said. “They have spent time together and have drawn support from each other.” 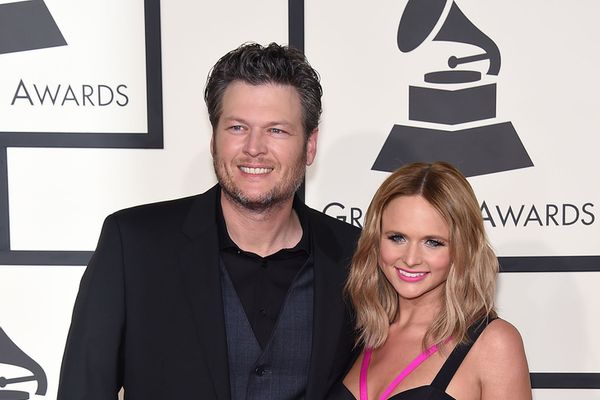 10 Most Shocking Revelations From The Blake/Miranda Divorce