Cast Of 10 Things I Hate About You: Where Are They Now?

“10 Things I Hate About You” is one of the best film adaptations of a Shakespearian play that has ever been done. Loosely based on “The Taming of the Shrew,” it keeps many of the main elements of the play, but it modernizes everything with clever writing and a young, hip and talented cast. This film was so well received that it definitely helped some of these young stars break out. Since it has been about 15 years since “10 Things I Hate About You” was first released, we thought we’d see what the cast of one of the best high school movies ever made has been up to!

David Krumholtz was David Cameron’s nerdy friend “In 10 Things I Hate About You.” His character helped David to win Bianca. Like his character in the film, Krumholtz plays mostly supporting roles. He has had steady work throughout the years in both television and film, but many of the shows have been canceled or the movies have gone by unnoticed.

In terms of Krumholtz’s career, he has had most of his success on the small screen. He was part of main cast of “The Lyons Den,” “Numbers” and “Partners,” and he’s had a ton of guest starring roles on shows like “Undeclared,” “The Playboy Club,” “The Newsroom” and “Men at Work.” There have been rumors swirling that we can expect to see him on the sixth season of “The Good Wife.” He will reportedly have a recurring role as a campaign specialist named Josh who will help Alicia’s manager, Jonathan.

In “10 Things I Hate About You,” Gabrielle Union played Bianca Stratford’s equally shallow friend Chastity Church. These two start out as the best of friends; however, by the end, Bianca catches Chastity betraying her, which ends the friendship. Union was definitely more of a supporting player back in the day. She always played one of the friends of the leading lady.

Not a lot has really changed in Union’s career. She still continues to act on television and in movies, but her career has never really taken off. She was up for the lead role on the television series “Scandal,” but she lost out to Kerry Washington. One of her biggest roles to date has been on “Being Mary Jane.” She plays the lead character, a broadcast journalist named Mary Jane Paul. So far the show has received mostly positive reviews and has been renewed for a second season as a result.

Around the time that Andrew Keegan took on the role of Joey Donner, the self-absorbed male model in “10 Things I Hate About You,” his career was probably at what we would consider its peak. It looked as though he was on his way to securing a film career and he was already somewhat of a television star. He had roles in “7th Heaven” and “Party of Five” and it really seemed as though the opportunities were nowhere close to drying up.

Unfortunately, most of the acting jobs did. Keegan’s film career fizzled and the television roles that he has had have been few and far between. We never hear about him these days. The last time we did was in 2011 when he was tasered by police officers after they showed up at a block party he was throwing to investigate a noise complaint. We’re pretty sure he won’t be throwing any parties again!

Larisa Oleynik was a pretty big child star in the ‘90s. She had a starring on the television series “The Secret World of Alex Mack” and she played one of the lead characters in the movie, “The Baby-Sitters Club.” In “10 Things I Hate About You,” Oleynik played Bianca Stratford, Kat’s ditzy, shallow and materialistic younger sister. After this film, however, her acting roles became a lot more sporadic.

While Oleynik shows up every now and again on television and in film, she doesn’t have the career that many of us probably imagined for her after the success of “The Secret World of Alex Mack” and “10 Things I Hate About You.” Her biggest roles in recent years have been as guest stars on television shows like “Mad Men,” “Hawaii Five-0” and “Pretty Little Liars. We don’t really expect to see her in any feature films and we’re pretty sure she’s content not to be a big movie star.

“In 10 Things I Hate About You,” Joseph Gordon-Levitt played Cameron James, the dorky, new kid in town. His character was interested in Bianca Stratford, Kat’s shallow and materialistic younger sister. After this film, Levitt didn’t do much acting for a while. He enrolled at Colombia University School of General studies and began studying history, literature and French poetry; however, he dropped out after three years and began acting again.

Over the last few years, Levitt has taken part of a number of critically acclaimed films. He has had roles in “500 Days of Summer,” “Inception,” “The Dark Knight Rises” and “Lincoln.” He made a conscious decision when he returned to acting to only be in “good movies” and he has done just that. He’s also done some directing, screenwriting and has been an executive producer in a number of different films. Levitt is currently one of the more promising actors in Hollywood – his career is definitely on an upswing.

When he starred in “10 Things I hate About You,” Heath Ledger was a total nobody. He had only had a few roles at that point, mostly on Australian television shows. His first big screen debut was in 1997 in the film “Blackrock,” two years before he landed the role of Patrick Verona, the rebel who ends up winning Kat Stratford’s heart.

After his success in “10 Things I Hate About You,” Ledger became an in-demand actor in Hollywood. He landed roles in a number of critically acclaimed films including “The Patriot,” “Monster’s Ball” and “Brokeback Mountain,” which earned him an Oscar nod. He also landed the role of the Joker in Christopher Nolan’s “Batman” sequel, “The Dark Knight.” Unfortunately, shortly after filming concluded for “The Dark Knight,” Ledger died of an accidental overdose from prescription drugs. He received the Academy Award for Best Actor posthumously for his performance in the film.

Julia Stiles played Kat Stratford, the “shrew,” in “10 Things I Hate About You.” Her character was a total nonconformist, against all the mundanities of teenage life. Her performance in the film earned her an MTV Movie Award for Breakthrough Female Performance and the Chicago Film Critics voted her the most promising new actress of the year. The future looked pretty bright for the young actress.

During the early part of the 2000s, Stiles was still pretty in demand. She had starring roles in a number of films including “Down to You,” “Save the Last Dance” and “The Prince and Me;” however, over time, she became less of a leading lady and more of a supporting player. One of her biggest roles in recent years was on the television series “Dexter,” as a love interest of the titular character. She received a Primetime Emmy Award nomination, as well as a Golden Globe nomination for her performance. 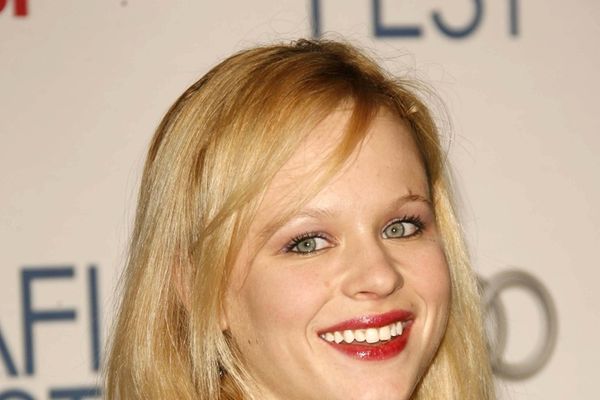 9 Forgotten Movie Actresses From The 90s