Thankfully for audiences, American Pie was about more than just that now-legendary pie scene and established itself as one of the most popular teen movies of its time. Officially a teen movie, the first film focused on a group of teenagers about to graduate who made a pact to all lose their virginity before they left for college. The movie was such a success that it spurred three sequels and four direct-to-DVD spin-offs with more planned in the future. The stars of the initial film managed to leverage their fame into further roles and big fortunes for themselves. Check out how much the cast of American Pie is worth now.

Estimated Net Worth: $8 million. Jennifer Coolidge’s role in American Pie as Stifler’s mom helped give the world the oh-so-lovely term ‘MILF,’ along with more than a few laughs. Acting as the sultry older woman who takes Stiffler’s virginity was just one of the many beloved roles actress Jennifer Coolidge has taken on. Appearing in guest roles on shows like Friends and Sex and the City, she was also cop in Night at the Roxbury, and did the ‘bend and snap’ in Legally Blonde with Reese Witherspoon. There are plenty of other roles that could be mentioned and all of that work has resulted in an estimated net worth of an impressive $8 million.

Estimated Net Worth: $18 million. At this point, Eugene Levy is practically a Hollywood legend. He’s appeared in over 50 movies, seven of which have made $100 million or more. Actively working since the ’70s, his credits and memorable roles are vast and plenty, and among them of course is his role in as Jim’s dad, Mr. Levenstein, in American Pie. The most calm and understanding parent, he is the unfortunate soul to walk in on Jim during the film’s signature pie scene. His American Pie role and all of his other acting work has netted Eugene Levy an estimated fortune of $18 million.

Estimated Net Worth: $17 million. Mena Suvari appeared as the supposedly innocent choir girl Heather in American Pie the same year she co-starred in the award winning American Beauty. In the latter movie, she had her eyes set on older man Kevin Spacey, but in American Pie it was Chris Klien’s Oz character that caught her eye. Mena has been working steadily since and has managed to amass a nice $17 million.

Estimated Net Worth: $3 million. Basically Natasha Lyonne is awesome in everything she does. In American Pie, she played the straight-talking voice-of-reason Jessica and showed off how great she was in what could have been a forgettable role. Since then, she’s become a fan-favorite of the wildly popular Orange Is The New Black playing the just-as-popular Nicky Nichols. The two career-making roles, along with years of work in between, has helped Natasha earn herself an estimated $3 million.

Estimated Net Worth: $25 million. Stifler may play the dumb-headed joker of the group, but in reality he’s managed to rake in the most profit. With roles in other comedic films like Dude, Where’s My Car with co-star Ashton Kutcher, the role of Bo Duke in The Dukes of Hazard, and a minor but memorable role in Old School (he was the guy with the mullet rough-talking the tiny pony), Seann William Scott has an estimated personal fortune of $25 million.

Estimated Net Worth: $7 million. Eddie Kaye Thomas played Paul Finch (a.k.a. “sh-t break”) in the American Pie franchise and his odd relationship with Stifler’s mom was a hilariously awkward addition to the movies. Since then, Eddie Kaye Thomas has been switching back and forth between the big and small screen, which has resulted in an estimated fortune of $7 million.

Estimated Net Worth: $2 million. Tara Reid has appeared in movies like Van Wilder with Ryan Reynolds and My Boss’s Daughter with Ashton Kutcher…but who really cares about those?! All that matters are her roles in American Pie and Sharknado. Her role as Vicky, the girlfriend who is nervous about moving her sexual relationship with her boyfriend from third base to a home run, and in the latter appearing as Ian Ziering’s ex-turned-current-lady, tornado shark-battling April Wexler. Her shark battles may not have made her the largest fortune on this list, but Tara Reid is doing fine for herself with an estimated fortune of $2 million.

Estimated Net Worth: $9 million. Shannon Elizabeth bared more than her fair share in American Pie while playing Nadia, a Slovakian exchange student and Jim’s dream girl who miraculously ends up naked in his bedroom. You may also remember her as Brooke on That ’70s Show who was the mother of Kelso’s baby which they had together after hooking up in the bathroom at a Molly Hatchet concert. So romantic! She’s also kept herself busy with spreads in Playboy and Maxim, which adds to her estimated personal fortune of $9 million.

Estimated Net Worth: $30 million. Alyson Hannigan won American Pie fans over as flute-playing, band-camp-loving Michelle Flaherty. She was so good and so funny. In fact, she was so good that her role continued to grow throughout the franchise until she was one of the main co-stars. Since then, Alyson Hannigan has seen her share of success throughout the years, on the big screen and small screen alike. Playing witchy Willow in Buffy the Vampire Slayer and Lily on How I Met Your Mother has earned Alyson an estimated $30 million.

Estimated Net Worth: $3 million. In American Pie Thomas Ian Nicholas played Kevin Myers, the teen endowed with the book of bedroom tricks. Kevin puts his new-found knowledge to good use and his girlfriend, Vicky (played by Tara Reid), is more than just a little happy about the situation. Thomas Ian Nicholas has continued to work steadily since the American Pie movies including a stint on Party of Five, an appearance on Grey’s Anatomy, and a few other projects in the works. All of this has Thomas Ian Nicholas banking an estimated $3 million.

Estimated Net Worth: $1.5 million. Chris ‘Oz’ Ostreicher, a.k.a. Nova, was the Casanova of his group of friends. But it turned out he had a lot to learn about the ladies and he was willing to do the work, or at least join the choir. Played by Chris Klein, the lacrosse-playing character was one of the first for Klein and from there he moved onto roles in a number of films including the super popular, wildly quirky Wilfred as Drew. He may not be crazy rich by Hollywood terms, but Chris Klein is doing fine with an estimated $1.5 million.

Estimated Net Worth: $13 million. Jason Biggs put his career (and his bits) on the line when he took on the role of main character Jim Levenstein in American Pie. Between his apple pie scene and his stripper dance for Nadia, Jason Biggs certainly earned his paycheck for the part. He’s gone on to appear in other movies and jumped over to the small screen from time to time, most notably as Piper Chapman’s ex-fiancée, Larry Bloom, in Orange Is The New Black. How much can you make as a horny pie-fondling teen and the ex of an imprisoned-former-lesbian-drug-dealer-girlfriend? Lots. Apparently an estimated $13 million. 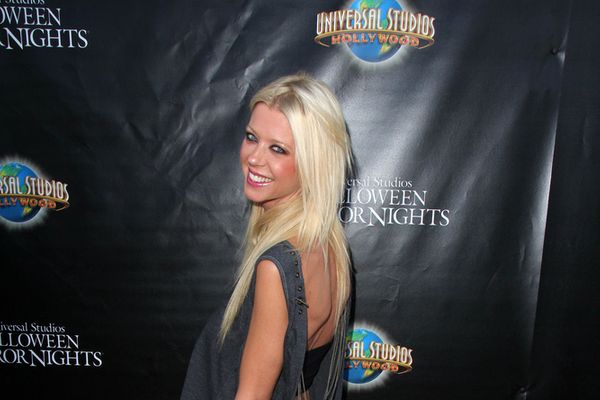