It has been quite a long time since Legally Blonde made its entrance into the realm of romantic comedies in 2001, yet it has stood the test of time with a talented cast, and quotes well known and well used in pop culture. Legally Blonde is packed full of well-known faces and, with so many stars, it isn’t surprising the film is so well loved by fans. The movie solidified Reese Witherspoon’s place on the A list and she has since become of the most dominant actresses in Hollywood, and there were some other pretty big stars in the film who also shared the spoils. Check out how much the stars of Legally Blonde are worth now!

Estimated Net Worth: $3 Million. Linda Cardellini is an extremely versatile actress who has taken on roles across the spectrum in Hollywood, and many forget her part in Legally Blonde. Cardellini had been working steadily since the mid-90s appearing in shows such as Bone Chillers, Clueless, Boy Meets World and Freaks and Geeks before playing the role of Chutney in Legally Blonde. Since then she has been seen in Scooby-Doo, Brokeback Mountain, Grandma’s Boy, ER, Mad Men and has recently taken up voice acting for several shows. With a recurring role in Bloodline as well as other projects in the work, Cardellini has earned herself an estimated net worth of $3 million.

Estimated Net Worth: $8 Million. Ali Larter began her career at only 14 years old when she was scouted as a model and landed a Philadelphia Phillies commercial and a contract with  Ford Models. After switching to acting, Larter landed roles in shows such as Suddenly Susan, Chicago Sons and Dawson’s Creek before making the jump into films with Varsity Blues, Drive Me Crazy and Final Destination. She took on the role of Brooke Taylor Windham in Legally Blonde and went on to star in several other films as well as the hit show Heroes. With a lot of big projects on her resume, Larter has added up a respectable $8 million in her bank account.

Estimated Net Worth: $15 Million. Holland Taylor has 105 acting credits to her name and has seemingly not slowed down in adding to her remarkable career since her first role back in 1967. Taylor has appeared in several shows over the years including The Edge of the Night, Bosom Buddies, Going Places, The Powers That Be and The Naked Truth before she appeared as Professor Stromwell in Legally Blonde. She has gone on to have even more starring roles, most notably in The Practice and Two and a Half Men, and all of her hard work has certainly paid off — she has an estimated net worth of $15 million.

Estimated Net Worth: $5 Million. Since stepping into acting full time in the ’70s, Victor Garber has been in a lot of big name television series as well as movies which makes it very surprising he is not worth more than $5 million. Garber had been in Three Days and Nights of Molly Dodd, E.N.G., Sleepless in Seattle, Titanic and many others before starring as Professor Callahan in Legally Blonde. Since then he has appeared in Tuck Everlasting, Alias, Justice, Eli Stone, Glee, Deception, Republic of Doyle, Web Therapy and The Flash. With a starring role in the show Legends of Tomorrow, it seems Garber is well on his way to adding quite a bit to his net worth.

Estimated Net Worth: $8 Million. It seems if a role ever calls for an eccentric mother, aunt, stepmother or similar role, the one to call upon is almost always Jennifer Coolidge who has been making her statement in Hollywood since first appearing on Seinfeld back in 1993. Since then she has been in a slew of shows and movies including A Night at the Roxbury, American Pie, Down to Earth and of course as Paulette in Legally Blonde. She has had continued success with the American Pie and Legally Blonde sequels as well as roles in A Cinderella Story, Click, The Secret Life of the American Teenager, Gravity Falls and 2 Broke Girls. With her numerous roles, Coolidge has made herself an estimated net worth of $8 million.

Estimated Net Worth: $2 Million. Matthew Davis may always be known as Warner, Elle’s inspiration for going to Harvard; however, he has also been in many projects and has earned himself $2 million along the way. Davis had only appeared in three other films before his turn in Legally Blonde and went on to star in Blue Crush opposite Kate Boswirth, and also appeared in BloodRayne, What About Brian, S. Darko, Damages and Cult before making himself well known as Alaric Saltzman in the hit CW series The Vampire Diaries.

Estimated Net Worth: $14 Million. After several small roles both on TV and in films, Selma Blair had her big break in 1999’s Cruel Intentions, and in 2000’s Down to You opposite Freddie Prinze Jr. and Julia Stiles. After starring as Vivian Kensington in Legally Blonde, she also appeared in The Sweetest Thing, Friends, Hellboy, Anger Management and is currently filming the new series American Crime Story in which she will star as Kris Jenner. Blair sure has chosen her roles wisely with a net worth of $14 million and 68 acting credits to her name.

Estimated Net Worth: $30 Million. While Owen Wilson is arguably the bigger star, his brother Luke Wilson hasn’t definitely done well with his own acting career. Wilson starred in Scream 2, Home Fries, Blue Streak, My Dog Skip, and Charlie’s Angels before his role of Emmett in Legally Blonde. He has gone on to be recognized in The Royal Tenebaums, Old School, Anchorman, My Super Ex-Girlfriend, Blades of Glory and many more. Wilson has also branched out into writing, producing and directing all of which along with his many starring roles have landed him a net worth of $30 million.

Estimated Net Worth: $80 Million. Reese Witherspoon has landed the starring role in many Hollywood blockbusters, but she is still well known for her portrayal of Elle Woods in Legally Blonde, a role which earned her a Golden Globe nomination. While the film formed another peak in her career, Witherspoon had already made herself known with roles in The Man in the Moon, Freeway, Pleasantville, Cruel Intentions, Election, and American Psycho. She has of course had a very succesful career throughout the years thanks to movies like Vanity Fair, Walk the Line, This Means War, Water for Elephants and Wild. To say she has done well is an understatement — she has an $80 million net worth and only 48 acting credits to her name. 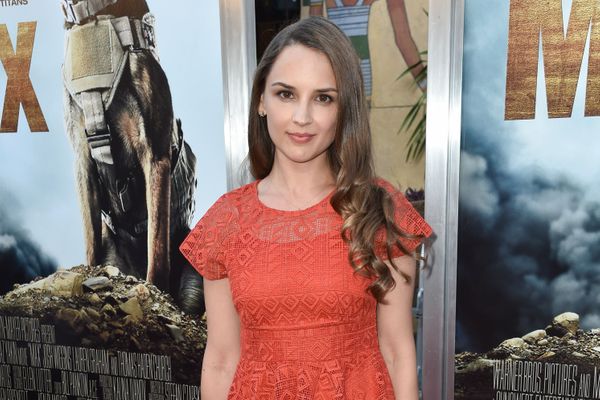