After the massive success of NCIS, the next logical option was a spin-off resulting in NCIS: Los Angeles in 2009. Fans have hooked onto NCIS: LA just as much as the original series thanks to just as intriguing storylines and, of course, the great cast! The elite Office of Special Projects in Los Angeles have to deal with some serious things, but with a cast led by LL Cool J and Chris O’Donnell, the show offers a great mix of humor, action and drama all leading to its success. After so many seasons, there is no end in sight for the spin-off, and the cast couldn’t be happier because success equals bigger pay days! Check out how much the cast of NCIS: Los Angeles is worth!

Estimated Net Worth: $500 Thousand. Adam Jamal Craig only appeared in the first season of NCIS: Los Angeles as Dominic Vail. As the youngest member of the team, he was a little brother figure to most of the other agents, but was unfortunately assassinated during his own rescue mission after going missing. Prior to his time on the series, Craig only had small roles in shows such as Las Vegas, The O.C., Heroes and Crossing Jordan and has had very little roles afterwards, resulting in an estimated net worth of $500 thousand.

Estimated Net Worth: $4 Million. Miguel Ferrer is a well established actor in Hollywood, and has racked up 122 acting credits to his name, all of which have helped him to a net worth of $2 million. He began acting in the early ’80s and is best known for his roles in films such as RoboCop, Iron Man 3 and the series Crossing Jordan. He also appeared in the ’90s series Twin Peaks and reprised his role in the 2017 reboot of the show. Ferrer began appearing in NCIS: Los Angeles in season three as Owen Granger and was promoted to a main character from season five on.

Estimated Net Worth: $500 Thousand. Peter Cambor starred in the first season of NCIS: Los Angeles as Nate Getz before his character was dropped down to recurring, making his total time on the show only 34 episodes over several seasons. Prior to the show, Cambor had small roles in series like Numb3rs, Pushing Daisies and his first turn as Nate Getz in NCIS. He’s continued to appear on the small screen with roles in shows including Suits and Grace and Frankie. All in all, Cambor has a meagre net worth of $500 thousand.

Estimated Net Worth: $4 Million. Actress Renee Felice Smith is best known for starring in NCIS: Los Angeles as Neil Jones after joining the cast following season one. She began her career in commercials at the tender age of six and made her TV debut in 2008’s Viralcom. While she has a had a few roles in smaller films, her claim to fame has been NCIS, and it has done very well for Smith who now has an estimated net worth of $4 million.

Estimated Net Worth: $7 Million. As a Portuguese-American actress, Daniela Ruah began her career at 16 after landing a role in the Portuguese soap opera Jardins Proibidos. From there, she went on to several other series including Filha do Mar, Dei-te Quase Tudo and Tu e Eu. Then after making small appearances on American TV, she appeared in NCIS as Kensi Blye, which led into her starring role on NCIS: Los Angeles. Thanks to success in both Portuguese and American television, Ruah has a respectable net worth of $7 million.

Estimated Net Worth: $3 Million Eric Christian Olsen has done very well for himself in the entertainment industry since moving to L.A. with only $500 in his pocket. The actor has landed roles in both film and television and is best known for his parts in Get Real, Pearl Harbor, Not Another Teen Movie, Dumb and Dumberer: When Harry Met Lloyd, The Comebacks, Fired Up! and The Back-up Plan. He began his career on NCIS: Los Angeles as Marty Deeks with a recurring character slot and was promoted to a main character following season one. With 48 acting credits to his name, Olsen has now transformed his $500 into a cool $3 million.

Estimated Net Worth: $3 Million. Barrett Foa began his career in theatre and Broadway before making his TV debut in 2007 on an episode of Six Degrees. He then hit it big right away appearing on NCIS as Eric Beale, which led to his starring role on NCIS: Los Angeles. He has also appeared in small roles in series such as The Closer, Entourage and My Synthesized Life, and with only 9 acting credits, he is doing very well with an estimated net worth of $3 million.

Estimated Net Worth: $6 Million. Linda Hunt is a very recognizable actress who has starred on NCIS: Los Angeles as Hetty Lange for the duration of its run on TV so far. Her career began back in the ’70s with roles in Great Performances and the TV movie Fame. She has also appeared in films such as Dune, Silverado, and Kindergarten Cop as well as in series such as The Practice, Carnivale and Without a Trace. Of course, one of her biggest claims to fame was providing the voice of Grandmother Willow for the Disney classic film Pocahontas. With all of her hard work and continuous roles, Hunt now has a net worth of $6 million.

Estimated Net Worth: $110 Million. LL Cool J is one of the few rappers who has made an extremely successful transition into acting. Known as one of the forefathers of pop rap, LL Cool J had already made millions before focusing on acting and has appeared in films such as Halloween H2O: 20 Years Later, Deep Blue Sea, In Too Deep, Any Given Sunday, Rollerball and S.W.A.T. before landing the starring role as Sam Hanna on NCIS: Los Angeles. With so much already earned money as well as his $150,000 per episode salary on NCIS, LL Cool J now has a whopping estimated net worth of $110 million!

Estimated Net Worth: $12 Million. Chris O’Donnell had a few acting roles before becoming widely known after starring as Robin in 1995’s Batman Forever. He reprised the role in 1997’s Batman & Robin and has appeared in many other films including In Love and War, Scent of a Woman, and Vertical Limit. O’Donnell has also appeared on several shows including Head Cases, and Grey’s Anatomy, and now is best known as G. Callen, the Lead Senior Special Agent of the OSP on NCIS: Los Angeles. Along with his other projects, O’Donnell is making $150 thousand per episode, earning him an impressive net worth of $12 million. 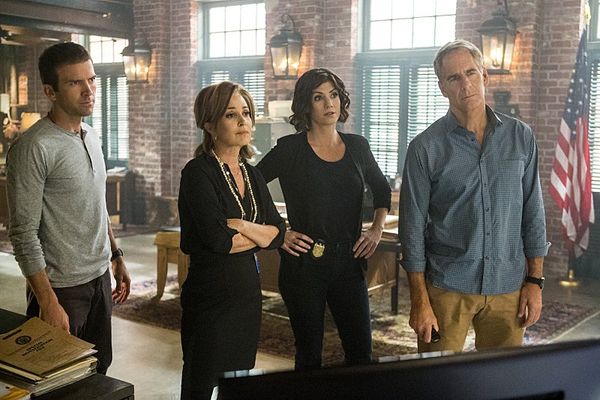