Sister, Sister was a popular ABC sitcom back in the ’90s starring identical twins, Tia and Tamera Mowry. The show followed the lives of these twin sisters who were separated at birth when they were adopted, but then accidentally found each other 14 years later and reunited. Sister, Sister ran for six seasons from 1994 to 1999 and was a popular show during its time on air. It’s been 18 years since the show aired and we’re looking back to see how much the main cast members are worth now! Check it out:

Estimated Net Worth: $1 million. Deon Richmond is best known for his role as Kenny or “Bud” on The Cosby Show, a role he held from 1986 to 1992. He also starred on the series Getting By as Darren Dixon from 1993 to 1994 and Sister, Sister as Jordan Bennett from 1996 to 1999. After his ’90s streak of sitcoms, he held a recurring role in the NBC series Teachers for five episodes and appeared in the MTV miniseries, It’s a Mall World. In addition to his television career, he’s starred in several films like Hatchet, Not Another Teen Movie and Scream 3. Today, his jobs are far and few between. His most recent job was in an episode of Psych in 2014. He’s currently estimated to be worth around $1 million!

Estimated Net Worth: $5 million. This singer, songwriter and actor is the founding member of the R&B group, Immature, who were together from 1990 until 2001. He started a solo career in 2003 and since then he’s released six solo albums. Houston has dabbled in acting since the early ’90s with a role in the 1992 comedy Bebe’s Kids and some cameo appearances on shows like A Different World and Family Matters. His breakout role was in the sitcom Sister, Sister as Roger Evans. He’s done numerous films like Somebody Help Me, Fat Albert, You Got Served, House Party 4, Good Burger and House Party 3 and held roles in the TV series Cuts and One on One. Today he’s worth an estimated $5 million…not bad!

Estimated Net Worth: $4 million. Tia Mowry rose to fame through her role as Tia Landry, one of the identical sisters on the ABC/WB sitcom, Sister, Sister. She’s held several other main roles since her sitcom ended. She voiced characters on the animated series Detention and Bratz, and held a leading role on The Game as Dr. Melanie Barnett-Davis and Instant Mom as Stephanie Phillips. More recently, she’s taken on recurring roles in Rosewood and Mistresses. When it comes to films, she’s been in The Hot Chick, Barbershop: The Next Cut and held a starring role on Baggage Claim. Tia Mowry-Hardrict is currently worth an estimated $4 million!

Estimated Net Worth: $3 million. Tim Reid is a well known actor, comedian and film director. He started acting in the mid-’70s but landed his first notable role in 1978 on the series WKRP in Cincinnati as Venus Flytrap/Gordon Sims until 1982. His next main role was in 1983 on the show Simon & Simon, and then again in his critically acclaimed role as Frank Parish on Frank’s Place. His last main role was in Sister, Sister as Ray Campbell. Outside of his television acting, he’s been in several films and made his directorial debut in 1996. He continues to act here and there with his latest role in the new series, Limitless. Reid is currently estimated to be worth around $3 million.

Estimated Net Worth: $6.5 million. Her two biggest roles are as Sandra Clack on the television series 227 and Lisa Landry on the sitcom Sister, Sister. She became the first African American to win an Emmy Award for Outstanding Supporting Actress in a Comedy Series 1987. Harry has also held main roles on the series In the Cut, The First Family, and The Royal Family. She’s also held recurring roles on Everybody Hates Chris and Girl Meets World. She hasn’t done that many notable films, but held starring roles in The Man in 3B, Crash Course and Ladybugs and has done many one episode appearances in several shows throughout her career. Jackee Harry is currently estimated to be worth around $6.5 million!

Estimated Net Worth: $4 million. Tamera Mowry-Housley is best recognized for her role as Tamera Campbell on the sitcom Sister, Sister back in the ’90s. Since this role, she’s appeared in several other series like Strong Medicine, Roomates, Things We Do for Love and the reality series, Tia & Tamera. She also voiced characters on Detention and The Adventures of Hyperman and appeared in the film The Hot Chick. Her most recent project is working as a co-host on the talk show The Real which is contracted to run until at least 2018. She’s currently estimated to be worth around $4 million! 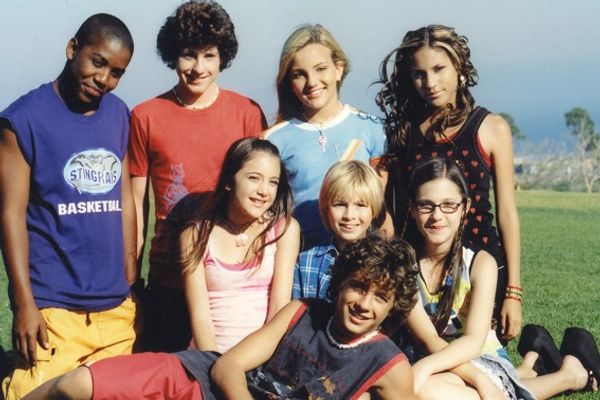