Cast Of The Sweetest Thing: How Much Are They Worth Now?

The Sweetest Thing was another classic romantic comedy from the early 2000s. The film featured big names like Cameron Diaz, Christina Applegate, Selma Blair and Jason Bateman. It was written by Nancy Pimental and was based on her life with her best friend and Grey’s Anatomy star, Kate Walsh. It was a sleeper hit with negative reviews about a thin plot which is typical for rom-coms, but it earned almost $70 million worldwide. Not too shabby! It’s been 16 years since the film was released in theaters. Many of the starring actors have gone on to have incredible careers since then, but it’s fun to look back and see where it all started. Here’s a look at the main cast members of The Sweetest Thing to see how much they are worth now!

Estimated Net Worth: $3 million. This American actor has been enjoying an amazing career! He’s appeared in over 34 films, with numerous starring roles and even a few leading roles. Despite working on films since the early ’90s, he didn’t land his first leading role until 2014 in the film The Purge: Anarchy. He’s most well known for his roles in Warrior, The Grey, End of Watch and Zero Dark Thirty. In addition to these projects, he’s also had starring roles in The Sweetest Thing, Big Sky, Homefront, Captain America: The Winter Soldier, Demonic, Captain America: Civil War and The Purge: Election Year. When it comes to television, his only main role is one he presently holds in the series Kingdom. He’s also played recurring characters in The Gates, Blind Justice, Prison Break, For the People, Guiding Light and Battery Park, as well as in shows like The Shield, The District, CSI, Las Vegas, Without a Trace and Law & Order — just to name a few. It’s pretty clear from looking at Grillo’s resume that he’s a well-credited actor who’s been busy with many jobs! He’s now worth an estimated $3 million.

Estimated Net Worth: $10 million. Parker Posey is definitely a recognizable face in Hollywood. She’s been acting since the early ’90s and she’s got 99 acting credits to her name, which is impressive! Her breakout role was in the popular cult classic, Dazed and Confused, which led to many other independent films. Her most notable and acclaimed were in the indie films Party Girl and The House of Yes. She also received critical acclaim for her role in Scream 3, Personal Velocity, A Mighty Wind, For Your Consideration, Superman Returns, and Broken English. More recently, Posey’s starring roles have been in films like Cafe Society, Irrational Man, Ned Rifle, Grace of Monaco, Price Check, Inside Out, Happy Tears and The Eye. She doesn’t do much on the small screen, but she did receive critical acclaim for her role in the television film Hell on Heels: The Battle of Mary Kay. She’s also appeared on popular shows like Granite Flats, New Girl, Louie, The Good Wife, The Big C, Boston Legal and Parks and Recreation — just to name a few. Unsurprisingly, she’s now worth an estimated $10 million!

Estimated Net Worth: $30 million. Jason Bateman is one of the “bigger” actors on this list — he’s got 87 acting credits to his name and he’s only 47-years-old! Bateman is credited as not only an actor but also a director and producer. He’s most well known for his comedy roles and he rose to fame through the sitcoms Silver Spoons, The Hogan Family and the critically acclaimed show, Arrested Development. Today, he’s more established in movies with roles in popular feature films like Juno, Hancock, Horrible Bosses, Horrible Bosses 2, Bad Words, The Gift, Zootopia, Up in the Air, The Switch, The Change-Up, Identify Thief and Paul. Bateman was the director for the film Bad Words and also directed and appeared in The Family Fang. His skills transfer over to the small screen as he is currently the director and executive producer, as well as starring in the new show, Ozark. In addition, Bateman also held recurring roles on shows like Sit Down, Shut Up, Growing Up Fisher, Simon, Chicago Sons, George & Leo and has even hosted the popular late-night show, Saturday Night Live. Jason Bateman has been incredibly successful and his net worth definitely reflects that! He’s sitting on an estimated $30 million!

Estimated Net Worth: $16 million. Jane is a jack of all trades as he’s considered an actor, screenwriter, director, producer and comic book writer. He received critical acclaim for his roles in Boogie Nights and The Thin Red Line. He appeared in the film The Tripper and was the executive producer on set. He also appeared, directed and produced Dark Country, as well as acted in and produced I Melt with You and The Punisher: Dirty Laundry. His most notable film roles have been in projects like At Ground Zero, The Crow: City of Angels, Boogie Nights, The Last Time I Committed Suicide, Thursday, The Thin Red Line, Deep Blue Sea, Dreamcatcher, The Punisher, The Mist and Mutant Chronicles. Jane received critical acclaim for his role in the series Hung and also took on roles in The Expanse, Texas Rising, Medium and Arrested Development. Outside of film and television, he’s authored a few comic books, released an album and voiced characters in video games. He’s now worth an estimated $16 million.

Estimated Net Worth: $14 million. Selma Blair is another widely known actor on this list. She has an extensive resume both in film and television with over 50 films and over 20 television credits to her name. Going with the most profitable and notable roles — Blair has starred in films like Scream 2, Cruel Intentions, Legally Blonde, The Sweetest Thing, Mothers and Daughters, Hellboy, Hellboy II: The Golden Army, The Fog, Purple Violets, The Poker House and Columbus Circle. On the small screen, she hasn’t taken on any regular or main castings, but she’s held notable roles on shows like Zoe, Duncan, Jack and Jane, Kath & Kim, Anger Management and American Crime Story. Outside of her on-screen acting, she’s also been involved in theatre and even lent her voice to the documentary, The Diary of Anne Frank. She’s most certainly been incredibly successful in her career and is now worth an estimated $14 million.

Estimated Net Worth: $20 million. Christina Applegate grew up in the entertainment industry as a child actor. She had her first role on the show Married…with Children. As she got older, her acting chops were well honed and she’s now got an Emmy award under her belt, as well as Tony and Golden Globe nominations! Applegate’s resume is absolutely stacked and it would be impossible to tackle all of her roles, so here’s a look at some of her most notable film and television credits. She acted and produced the show Up All Night. At the time, she was reportedly making $125,000 per episode! She’s also appeared on shows like Friends, Samantha Who?, Reno 911!, Web Therapy, The Muppets and The Grinder. In addition to the small screen, Applegate has appeared in nearly 40 films! Her most profitable roles have been in projects like The Sweetest Thing, Anchorman: The Legend of Ron Burgundy, Vacation, Hall Pass, Anchorman 2: The Legend Continues, Bad Moms, Alvin and the Chipmunks: Chipwrecked and Grand Theft Parsons. She’s been well rewarded for her work as she’s now worth an estimated $20 million!

Estimated Net Worth: $140 million. This actress and recent author easily takes the title of the highest paid actor on this list. Diaz started out as a fashion model working for popular designers like Calvin Klein and Levi’s, but now she’s well recognized as an actress! She hasn’t done any scripted acting on television other than appearing as herself and her main focus is in film with 55 credits to her name. She’s been in many hugely profitable projects like Shrek, Vanilla Sky, The Sweetest Thing, Gangs of New York, Charlie’s Angels, The Holiday, The Mask, There’s Something About Mary, Being John Malkovich, My Sister’s Keeper, Bad Teacher, The Other Woman, Sex Tape and of course My Best Friend’s Wedding. Diaz has received critical acclaim for her roles in Being John Malkovich, Vanilla Sky, Gangs of New York and There’s Something About Mary. In 2013 she was listed as the highest paid actress over 40 in Hollywood and to further her income she recently turned to authoring health books. As of 2015 she’s married to singer, Benji Madden. Diaz is now worth a whopping estimated $140 million! 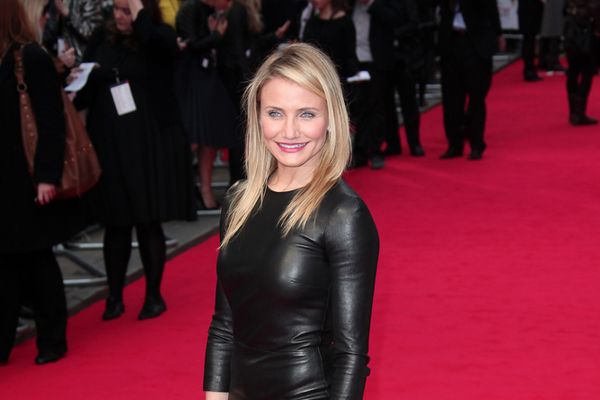