Dramatic breakups seem to come with the territory of being in the public eye when it comes to celebrities. In 2019, we definitely witnessed a handful of celebrity couples part ways, but some of them we did not see coming. Follow along for our roundup of 15 celebrity breakups that happened in 2019 that came out of nowhere:

Real Housewives of Atlanta star Kenya Moore announced her split from her husband of two years in a statement on September 19, 2019. The pair share daughter Brooklyn, who was born in November 2018. “It is with profound sadness that I regret to inform my fans that I am divorcing my husband Marc Daly,” Moore said in a statement. “Due to recent and ongoing circumstances, I can no longer continue in the marriage. My sole concern and focus is and will always be my daughter, Brooklyn, my miracle baby. She was made in love and true commitment. I ask for our privacy to be respected moving forward.”

This past October Christina Hendricks announced her split from husband Geoffrey Arend in an Instagram post. “Twelve years ago we fell in love and became partners. We joined our two amazing families, had countless laughs, made wonderful friends and were blessed with incredible opportunities. Today we take our next step together, but on separate paths. We will always be grateful for the love we’ve shared and will always work together to raise our two beautiful dogs,” she wrote. The couple wed ten years ago on October 11, 2009, in New York.

The Wendy Williams Show host and her husband of more than 21 years, Kevin Hunter, split in April 2019. A representative for the show released the following statement at the time: “Wendy and her family have been a part of Debmar-Mercury for over 10 years. We respect their privacy regarding personal matters. As always, we remain committed to bringing an entertaining and topical show to our viewers.”

In June 2019 it was announced that A Star is Born actor Bradley Cooper and supermodel Irina Shayk had split after more than four years together. Their relationship was definitely put under some intense scrutiny this year after Bradley’s relationship with Lady Gaga was witnessed on the big screen. Cooper and Shayk will be splitting custody of their 4-year old daughter, Lea.

Khloe Kardashian and Tristan Thompson officially ended their tumultuous relationship after news leaked that Tristan allegedly cheated on Kardashian with her sister Kylie Jenner’s best friend, Jordyn Woods. The couple had seemed to overcome their first scandal last April when photos and videos surfaced of Thompson cheating just days before Kardashian gave birth to their daughter True; however, their relationship was “100% over” this past year.

It was confirmed in February 2019 that Ryan Seacrest and Shayna Taylor had split after nearly three years of dating. Seacrest and Taylor were briefly linked from 2013 to 2014 and gave their relationship another chance in 2016. “It was an amicable split and they’re still really close. They still love and care about each other,” a source close to the couple shared at the time.

Many were shocked when it was announced that Grammy-winner Adele and husband Simon had separated after seven years together and two years of marriage. “Adele and her partner have separated,” Adele’s rep shared in a statement. “They are committed to raising their son together lovingly. As always they ask for privacy. There will be no further comment.”

Meg Ryan and John Mellencamp parted ways in 2019 just one year after announcing their engagement. “He didn’t want to get married again,” PEOPLE reported.”He loves her, but marriage never seemed to be a part of it.” The pair began a long-distance relationship in 2011 after Mellencamp ended his 18-year marriage to model Elaine Irwin. Mellencamp lived in his home state of Indiana while Ryan lived in New York City, which caused tension in their relationship and led to a split in 2014. They reconciled in 2017 and shared last November that they were engaged only to end the relationship this past year.

After six years of dating, Katie Holmes and Jamie Foxx announced their split this past August. The couple has been linked since 2013, but neither Katie nor Jamie officially confirmed their ultra-private relationship on record. The breakup news came days after Foxx was spotted out with two different women in Los Angeles and it was then confirmed that they had been separated since May.

A surprising Bachelor breakup occurred this year between alum Amanda Stanton and pro volleyball boyfriend Bobby Jacobs. The two seemed happier than ever and had recently moved into a Laguna Beach home together with Stanton’s children when it was announced that they had parted ways. “There was no cheating,” Jacobs told a fan on Instagram. “I’d always be there for the girls and I’ve voiced that many a time. Coming from having a deadbeat Dad I’ve chosen to live my life nothing like him. They touched my heart and vice versa. No matter what I’ll always be around for them.”

Brody Jenner and Kaitlynn Carter were another Hollywood couple who broke up in a very public way in 2019. One year after their posh Indonesian wedding, the couple decided to call it quits and released a statement. “Brody Jenner and Kaitlynn Carter have decided to amicably separate,” rep Scott Newman stated on August 2. “They love and respect one another, and know that this is the best decision for their relationship moving forward.” Kaitlynn went on to have a fling with Miley Cyrus shortly after her breakup with Liam, which definitely came as quite the surprise.

Kylie Jenner and Travis Scott were reported to have taken a break from their relationship in October 2019 after more than two years together and having a daughter, Stormi. The couple was first spotted together at Coachella in April 2017 and made their last public appearance as a couple at the premiere of Scott’s Netflix documentary, Look Mom, I Can Fly, in August 2019.

Fans were shocked when it was announced that This Is Us star Justin Hartley and Chrishell Stause Hartley had decided to split after two years of marriage. The date of the split was written by Justin as July 8th; however, the couple was seen at many events together in the months following that, which is what left many confused. The reason for their split according to the divorce papers was “irreconcilable differences.”

In early January, Amazon CE Jeff Bezos and wife Mackenzie announced their decision to divorce. The pair released a statement explaining that “after a long period of loving exploration and trial separation, we have decided to divorce and continue our shared lives as friends.” The split was definitely shocking considering the pair’s swoon-worthy love story and decades spent together.

One of the most surprising splits of the year has to be when Miley Cyrus and Liam Hemsworth announced their decision to part ways less than a year into their marriage. “Liam and Miley have agreed to separate at this time,” PEOPLE shared back in August. “Ever-evolving, changing as partners and individuals, they have decided this is what’s best while they both focus on themselves and careers. They still remain dedicated parents to all of their animals they share while lovingly taking this time apart. Please respect their process and privacy.” 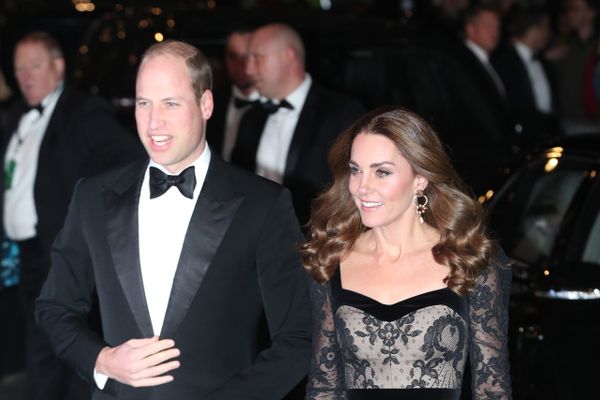