September means a change of season, but it also means the return of TV’s biggest shows and for Dancing With the Stars fans, the show’s return has been a long time coming. After breaking away from its traditional format by having an all-athletes edition for season 26 in the spring of 2018, the regular Dancing With the Stars that fans know and love is coming back for season 27! Although some celebrities who will be competing including former Facts of Life actress Nancy McKeon and Disney channel star Milo Manheim have been confirmed, the rest of the cast competing for the Mirrorball Trophy was announced on Good Morning America. As always, the star-studded cast includes famous personalities from all facets of the entertainment world including athletes, reality stars and social media influencers! Before season 27 premieres on Monday, September 24, 2018, check out the full cast:

DeMarcus Ware is a Super Bowl-winning linebacker and is revered as one of the best to play the position, and the former Denver Broncos star is hoping his fancy footwork on the football field will help him on the dance floor. Ware has been partnered with Lindsay Arnold who is no stranger to working with celebrity athletes on the show. Out of her seven seasons, she has been partnered with a boxer, a football player, a baseball player, and a basketball player, but her only win came back in season 25 with actor Jordan Fisher. 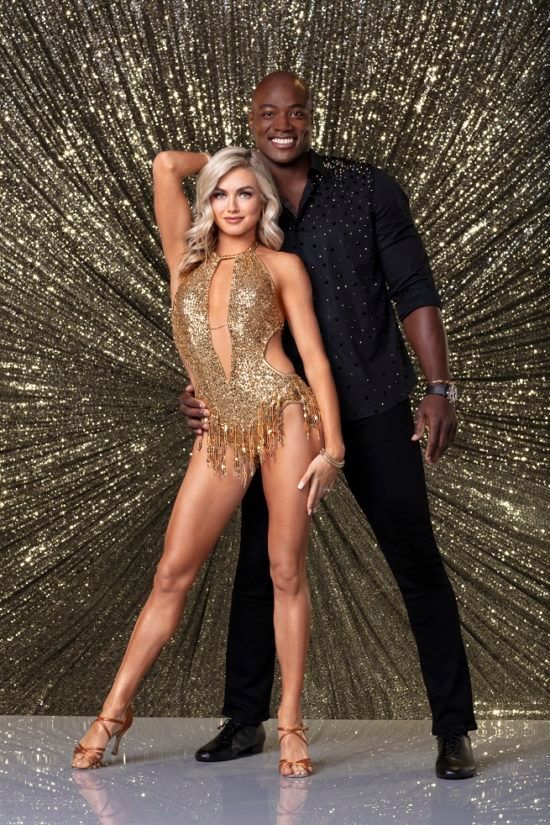 Mary Lou Retton is no stranger to winning and won a gold medal, two silver medals and two bronze medals as a gymnast at the 1984 Summer Olympics. Looking back at the seasons, gymnasts and Olympians have done particularly well, and Retton’s professional partner Sasha Farber is certainly hoping that rings true this season. Farber is entering his sixth season as a pro, but the closest he has come to a win was placing third with Tonya Harding in season 26’s athletes’ edition. 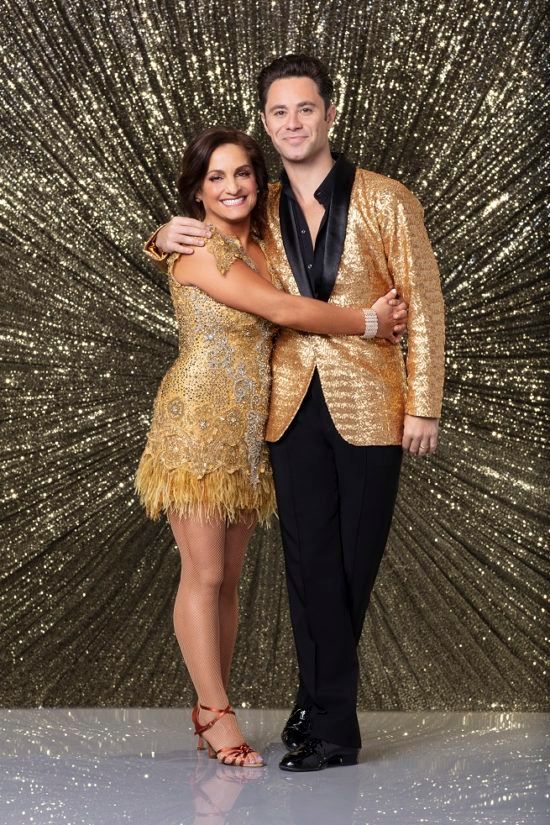 Joe Amabile, aka Grocery Store Joe, was the third contestant that was confirmed to be competing on season 27. The reality star is making a transition between ABC reality series after finding fame on The Bachelorette and the subsequent season of Bachelor In Paradise. He was offered the gig for DWTS on the season finale of Bachelor in Paradise in order to be closer to Kendall Long with whom he found romance, but she lives in Los Angeles. Amabile is partnered with none other than season 26 winner and pro dancer, Jenna Johnson, so he better be ready to be pushed hard as she looks to defend her title. 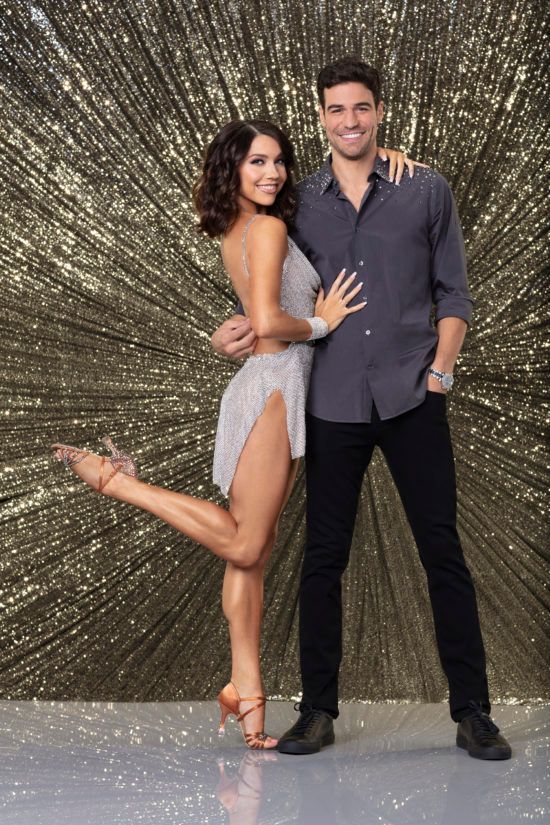 In the age of social media, there are all kinds of definitions of celebrity and now Instagram star Alexis Ren is joining the cast. The gorgeous model said she is joining the cast in honor of her mother who passed away from breast cancer four years ago and Dancing With the Stars was her favorite show. Ren has been partnered with Alan Bersten who only has one season as a pro under his belt, so he is definitely looking to prove himself among the longtime veterans. 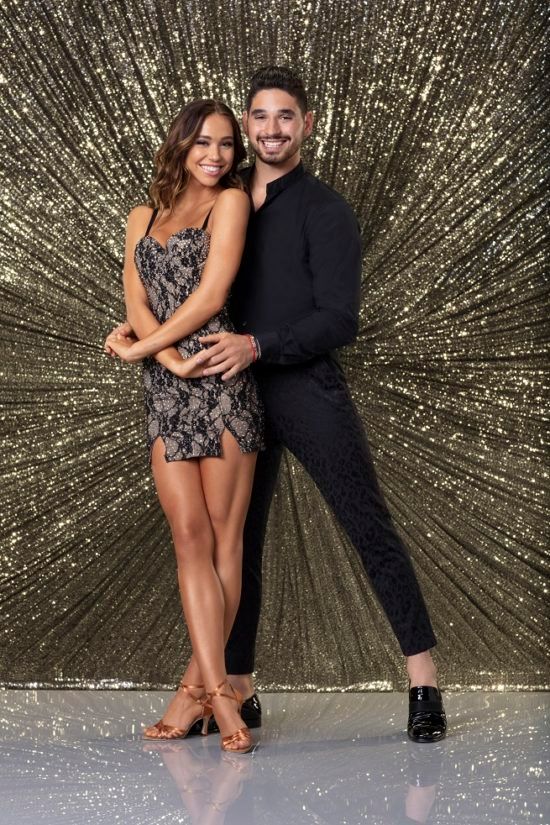 Bobby Bones is a radio personality best known for his self-deprecating program The Bobby Bones Show and Forbes named him “the most powerful man in country music” in 2017. While Bones might be used to a hectic schedule and dealing with celebrities, he isn’t used to dancing in front of millions, but luckily his pro partner is Sharna Burgess. Burgess is entering her twelfth season as a pro and is regarded as one of the best on the show, but after three second place finishes, she is still chasing that elusive Mirrorball Trophy win and is hoping Bobby Bones is the partner to get her there. 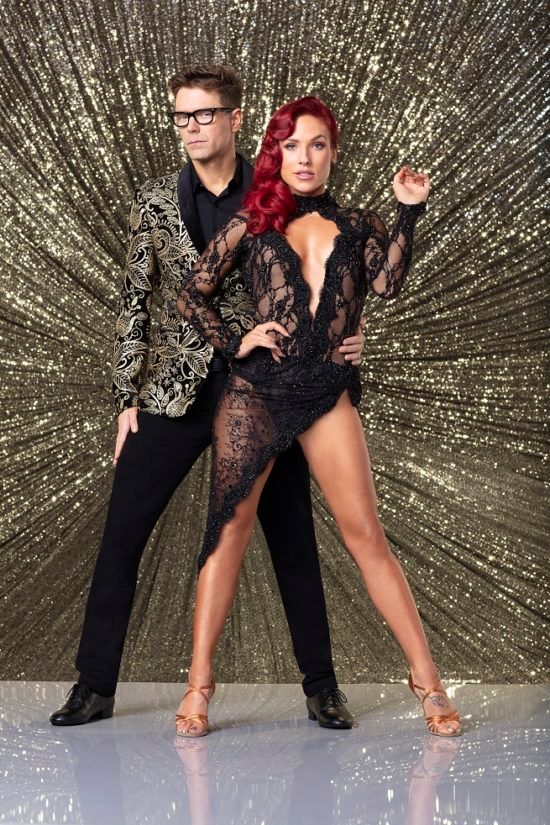 Danelle Umstead once told herself she wanted to be the first blind dancer on Dancing With the Stars, and now she is getting her wish. The Paralympic alpine skier lost her eyesight due to a genetic eye condition called retinitis pigmentosa, but it hasn’t stopped her from achieving anything! Umstead will be dancing with pro Artem Chigvintsev who has been a pro for seven seasons but has never placed higher than sixth in a season! With someone as passionate, talented and athletic as Umstead with him, this could be Artem’s year! 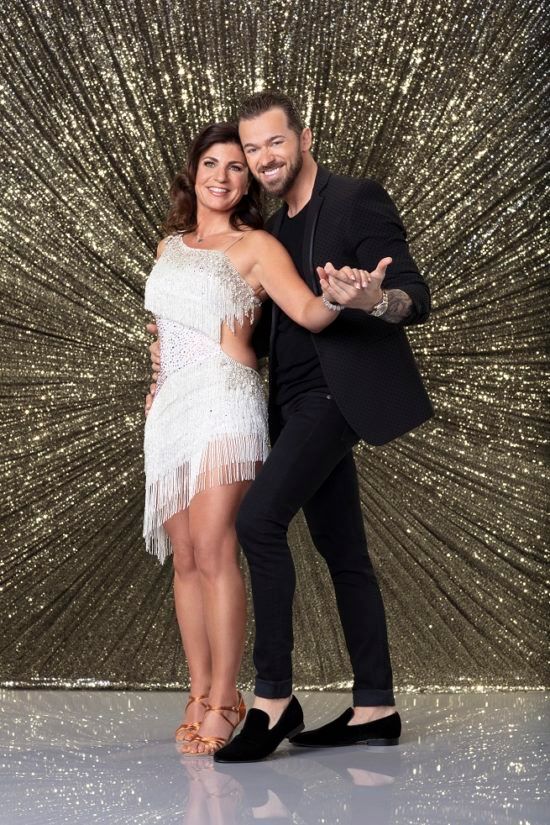 Winning season 27 of Dancing With the Stars would be no laughing matter for Nikki Glaser! The comedian and podcast host, who is best known for her Comedy Central show Not Safe with Nikki Glaser is ready to take this seriously. Glaser will be competing with pro Gleb Savchenko who is entering his sixth season as a pro and so far has struggled to crack the top three with his partners. 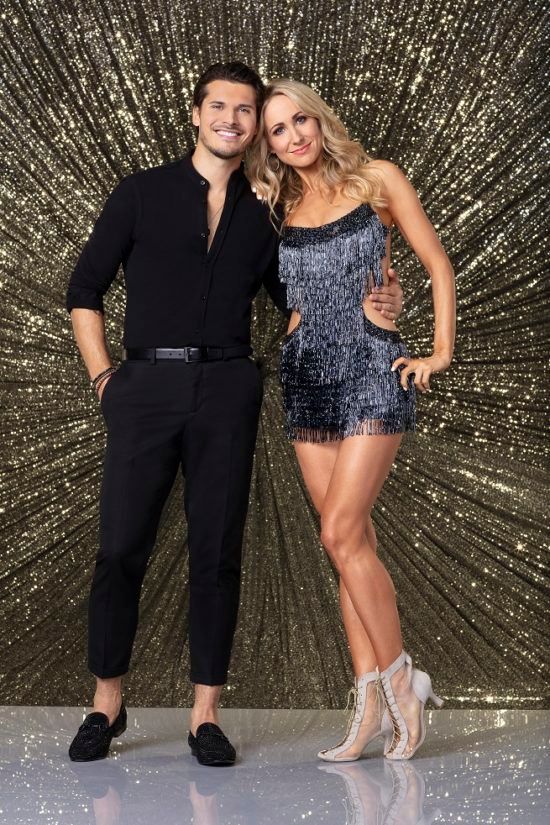 It seems every recent Dancing With the Stars season has had a contestant with an unfair advantage thanks to their dancing background, and for season 27 that person is Tinashe. Tinashe bills herself as a singer-songwriter and actress but she began studying ballet, tap, and jazz dancing at the age of 4, and continued to compete in various styles as a part of a dance company until she was 18. Not to mention Janet Jackson handpicked her to dance alongside her for a performance! No brand-new pro has ever been luckier than Brandon Armstrong, who in his first season ever has been partnered with someone with such an impressive dance background. 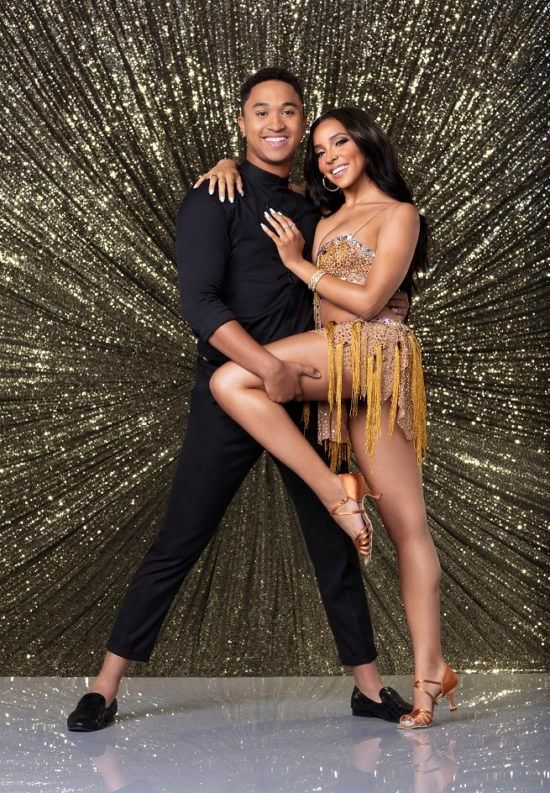 Following in the footsteps of his costar Jodie Sweetin, Fuller House actor Juan Pablo Di Pace is going to try to dance and charm his way to the Mirrorball Trophy. The Argentinian actor, who is best known for his role as Kimmy Gibbler’s estranged husband Fernando on the hit series, will be dancing with beloved pro Cheryl Burke. Burke of course is no stranger to success on the show as season 27 will be her 21st as a pro! It isn’t news however that her only wins came back-to-back in her first two seasons, and it has been quite a while since she hoisted the trophy, and is most definitely striving for a huge win this season. 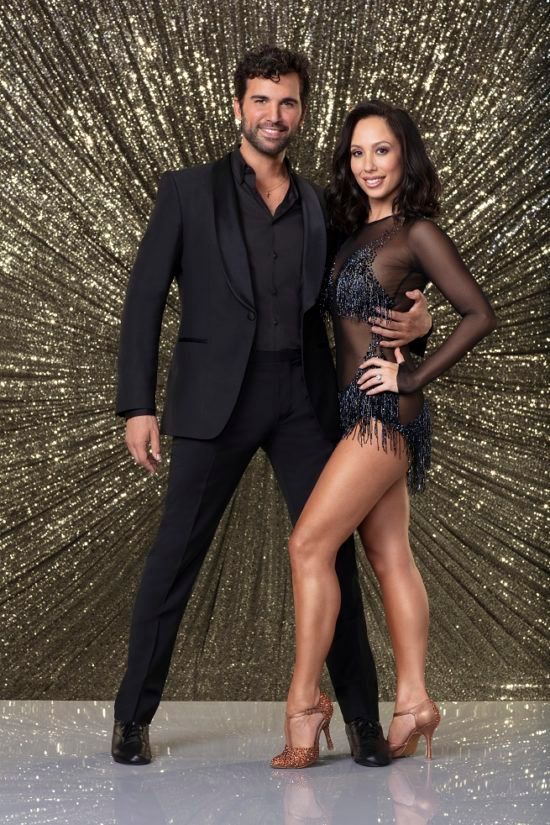 Evanna Lynch is looking to bewitch the judges and fans with her dancing skills! The popular star is one of the best known celebrities on the season as she starred as Luna Lovegood in the Harry Potter film series. Lynch is competing with pro dancer Keo Motsepe who is now on his eighth season as a pro, and has struggled with making it out of the first week. This time around though, this duo looks absolutely magical. 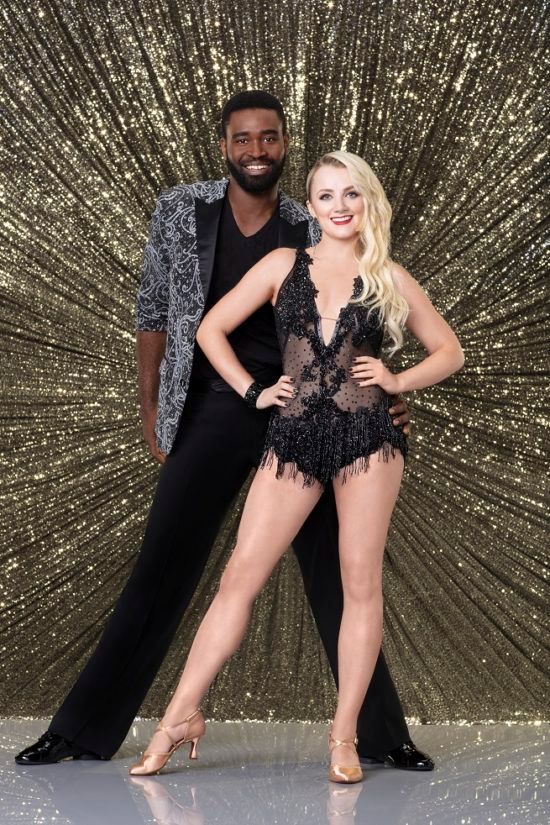 Milo Manheim was the second star confirmed to be trying his skills on the dance floor for season 27! The Disney Channel star is best known for his role in the Disney Channel original film Zombies, and at 17 is the youngest competitor on the season. While he revealed on Good Morning America that it has already been tougher than he expected, his pro partner Witney Carson said she sees “a lot of potential” in the young star. Season 27 will be Carson’s tenth season as a pro and her only win was back in season 19, which was only her second season, and was partnered with Fresh Prince of Bel-Air actor Alfonso Ribeiro, so she is definitely going to push Manheim to make it to the winner’s circle this year!

Nancy McKeon was the first celebrity that ABC confirmed would be competing on the new season in an early September announcement on Good Morning America. The actress is best known for her role as Jo Polniaczek on the 1980 NBC sitcom The Facts of Life, but the 52-year-old also acted in the TV series Sonny with a Chance, Without a Trace, Touched by an Angel, and the TV movie Wild Hearts. McKeon is definitely starting out on the right foot with 14 season veteran and fan-favorite professional dancer Valentin Chmerkovskiy as her partner, and it doesn’t hurt that he has also won two Mirrorball trophies in the past and placed in the top three in seven of his seasons! 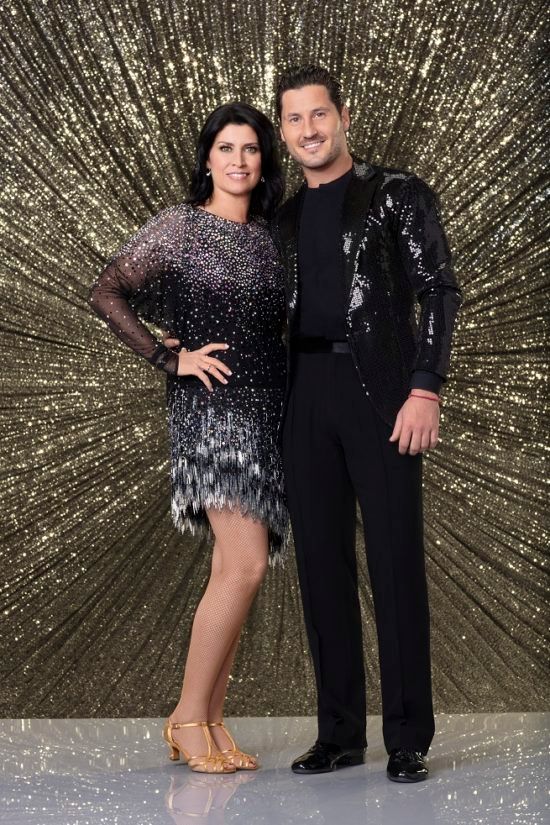 Judges and fans better be ready for some hazardous dancing! Beloved actor John Schneider, best known for his roles as Bo Duke on the Dukes of Hazzard and more recently Jonathan Kent on Smallville has joined the cast for season 27. Schneider has been partnered with Emma Slater who is hoping to regain first place, after securing her first and only win back in season 24 with NFL star Rashad Jennings. 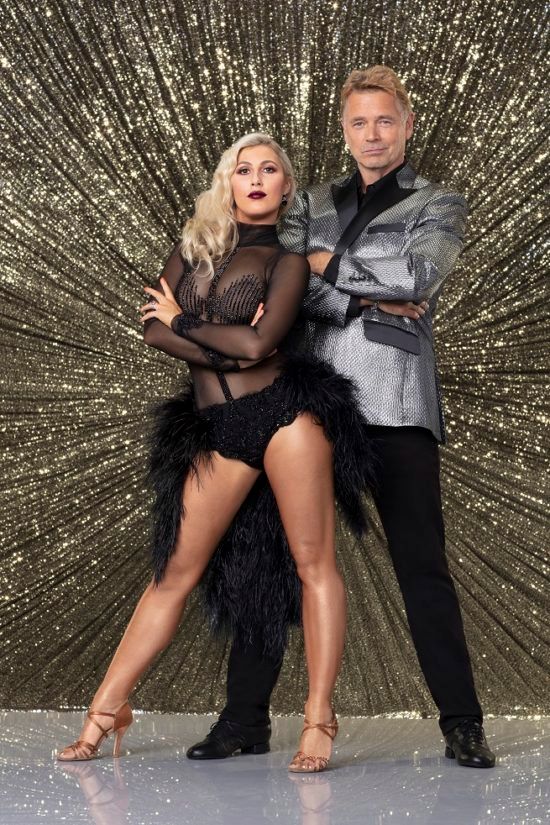