Olivia Pierson is one of the best things about E!’s reality series WAGS, which is currently in its second season. Unlike many of the other wives and girlfriends, she doesn’t buy into the idea that women should be ranked based on their marriage status and she refuses to let the other women and their beliefs influence how she lives her life, which is something we admire. We had the opportunity to interview her and we realized that she’s not just stunning – she’s totally cool too. Check out what she had to say about the show, the cast and where she sees herself in five years!

Fame10: So, first things first – how did you get involved with WAGS?

Olivia: Our girlfriend Nicole heard about it from her modeling agency and the show wanted girls that actually knew each other. So Nicole asked Natalie because their boyfriends played on the San Diego Chargers at the time and Natalie said, if you want me than Olivia’s coming with, we are two peas in a pod lol.

Fame10: Some of the wives on the show take their roles quite seriously and not all of them seem particularly accepting of the girlfriends. Which cast members would you say that you are closest to?

Olivia: Well I am of course closest to Natalie, she is not only my best friend but my cousin. This year my little sister Sophia joins the cast so she would be next in line. But other then family, I’m the closest to Nicole, she’s like our other family member!

Fame10: Being on a reality TV show obviously has its ups and downs. What would you say is the best thing to come out of being involved in WAGS?

Olivia: The best thing has to be I get to call hanging out with my family and friends work! I definitely feel blessed to have this opportunity, especially when it comes to expanding our brand!

Fame10: We love your beauty tutorials on YouTube. How did you become such an expert on hair and makeup?

Olivia: Natalie’s been a makeup artist for a lot of years and I assisted her during those times and learnt a lot from her! Nat is a few years older than me so everything I know I learnt from her, she’s a true artist!

Fame10: Now that your career is really starting to take off, where do you see yourself in five years both career-wise and personally?

Olivia: I personally see myself hopefully on the way to starting a family, at least have a ring! Lol, and professionally I see the brand NAT+LIV doing amazing. Whether it’s a clothing line, or a beauty line, I just see it expanding to all things beauty and fashion! 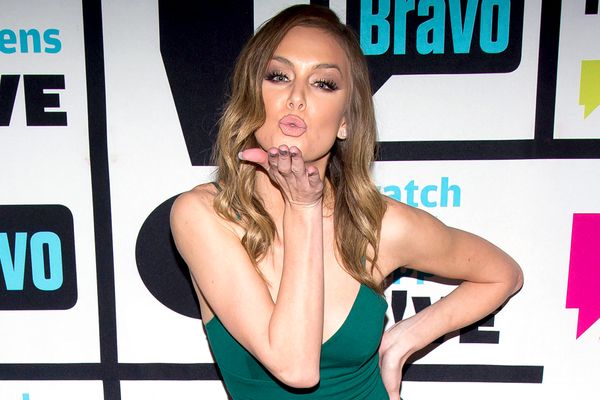