Over the decades of television, there have been some shows that have stood out just a little more than others. Now, thanks to streaming services, syndication and more, even series that have come to an end can be enjoyed again and again. From hit teen series, to medical dramas, comedies, and classics we have a quiz for every television fan!

1. Grey’s Anatomy Quiz: Can You Match The Character To The Quote?

How big of a Grey’s Anatomy fan are you? Have you watched every episode to date?  Test your knowledge on all of the memorable monologues, witty jokes and sarcastic comebacks that the characters have had to offer! Can you remember which character said these quotes? Try the quiz here!

2. One Tree Hill Quiz: How Well Do You Know Brooke Davis?

Fans of the iconic teen TV drama One Tree Hill love Sophia Bush’s Brooke Davis! If you followed every moment of Brooke’s transformation from head Ravens cheerleader to incredible businesswoman to a wife and mother, see how well you really know the character with this quiz! Take the quiz here!

3. What Early 2000s Sitcoms Are These Recurring Characters From?

The early 2000’s saw some really great sitcoms with some of TV’s most iconic casts! For those who consider themselves pop culture nerds, TV fanatics, or even just ‘in the know,’ we encourage you to take this quiz and find out just how well you remember some of the most popular shows from the early 2000s by matching the recurring character to the correct sitcom! Warning: this quiz might make you want to go back and rewatch some of these shows… Take the quiz here!

4. Classic TV Quiz: How Well Do You Remember All In The Family?

“Those were the daayyyys…”  Starring Carroll O’Conner and Jean Stapleton, All in the Family is one of TV’s most iconic family sitcoms. While things may have changed quite a bit in terms of family TV from the days when All in the Family ruled the small-screen, nearly four decades later many still love the series! Take a look back on the iconic ’70s show and test your All in the Family knowledge with this quiz!

5. Friends Quiz: Can You Match The Quote To The Character?

Friends is without a doubt one of the most quotable series of all time. With 10 seasons of great one-liners however, even the biggest Friends fan might find it difficult to get all of these right! Match these memorable and hilarious quotes to the proper Friends character, but trust us, it is harder than you may think! Take the quiz here.

6. How Well Do You Really Remember Saved By The Bell?

Hey, hey, hey, what’s going on here!? Saved by the Bell may have only ran for five seasons, but it is absolutely iconic to anyone who grew up in the ’90s. If you think you know everything there is to know about Saved by the Bell, find out how much you really remember about Zack and the gang at Bayside High by testing your Saved by the Bell knowledge with this quiz!

7. Can You Match The Iconic Hangout To The Popular Television Series?

Every popular sitcom and series seems to have a central meeting place. If you have you ever wanted to grab a coffee at Central Perk or maybe a burger from The Max find out how well you really know the most iconic TV hangout spots by matching them to the popular series they are featured in with this quiz! Take the quiz here!

8. How Well Do You Actually Remember Full House?

Have mercy! Through laughs and tears, Full House has become absolutely iconic, but only a true fan will remember the details of the show! Test your Full House knowledge and see how much you actually remember about the show! Take the quiz here!

9. Classic TV Quiz: How Well Do You Remember Little House On The Prairie?

10. How Well Do You Remember The Seasons of Grey’s Anatomy?

If you have watched enough Grey’s Anatomy over the past 15 years to almost be a certified doctor yourself, find out how much you really remember about the show by matching the event or storyline to what season it happened in! Time to put on your scrubs and get to work! Try the quiz here.

11. The Big Bang Theory Who Said It Quiz: Match The Quote to the Character

From Sheldon’s brutal honesty to Penny’s sarcasm and of course Howard’s one-liners, The Big Bang Theory is full of memorable and hilarious quotes! After 12 seasons of quotable lines and great catchphrases, as well as pop culture and comic book jokes and references, not to mention surprisingly dark humor and some truly great comebacks. It will take a true Big Bang Theory superfan to be able to guess which character said these lines. Good luck! Take the quiz here.

12. How Well Do You Remember Smallville?

Before Marvel and DC embarked on their takeover of the the big and small screens with continuous superhero films and shows, there was Smallville, the story of Clark Kent’s teenage life. If you think you remember everything from the early days of Clark Kent in high school to his transformation to Superman and forming the Justice League over the series’ 10 season run, test your knowledge with this Smallville quiz!

13. One Tree Hill Quiz: Can You Match The Quote To The Character?

With numerous inspiring monologues and witty one-liners, One Tree Hill has left fans with quotes that really stood out, and each character offered up their own unique view making fans relate no matter if it was through Lucas, Peyton, Haley, Brooke, or Nathan. Test your memory of One Tree Hill by matching the quote to the character! Take the quiz here.

14. Classic TV Quiz: How Well Do You Remember The Golden Girls?

Who doesn’t remember the Golden Girls? Starring Betty White, Bea Arthur, Rue McClanahan, and Estelle Getty, the show followed the lives of four older women who all lived together under the same roof. It’s been over 25 years since the series ended and it’s now gone down in history as one of the most beloved shows of all time.  We challenge you to test your memory on the hit series by answering these questions and find out just how well you remember the series! Take the quiz here.

15. Sons of Anarchy Quiz: Can You Match The Quote To The Character?

Sons of Anarchy was definitely known more for its action and violence than its character one-liners unlike many other hit TV series, but that doesn’t mean some lines weren’t memorable.  From dark monologues to funny one-liners, find out how many Sons of Anarchy quotes you remember with this quiz!

16. How Well Do You Remember Charmed?

Very few series get a supernatural theme right, and even fewer have done it with a female lead, let alone three! Charmed remains a beloved show, so find out if you are an honorary Halliwell sister with this Charmed quiz! Take the quiz here!

17. How Well Do You Know The Big Bang Theory?

Through all the ups and downs and changes in the lives of Sheldon, Leonard, Penny, Howard, Raj, Bernadette and Amy, fans tuned in loyally season after season to The Big Bang Theory. Find out if you have the mind of Sheldon with this Big Bang Theory quiz! Take the quiz here.

18. Friends Quiz: Can You Remember These Obscure Details From Friends?

Because Friends has such a strong cult following, fans of the show love to boast how much they know about the series, how many times they’ve rewatched the series, recite quotes, and even brag about all the obscure little details they can remember. Well, if you consider yourself to be a huge Friends fan, then this is the quiz for you! Test your knowledge of the show by seeing if you can remember all these obscure little details from the series! Take the quiz here.

19. Classic TV Quiz: How Well Do You Remember Bewitched?

Back in the ’60s Bewitched was one of the most unique shows on TV as the beautiful witch Samantha played by Elizabeth Montgomery tried to navigate normal suburban life with her mortal husband Darrin Stephens. Thanks to syndication, the series is still enjoyed to this day. So, test your Bewitched knowledge and take a look back on the popular ’60s sitcom with this quiz! Take the quiz here.

20. How Well Do You Know Gossip Girl?

There may be a Gossip Girl reboot in the works, but nothing will compare to the original.  While Gossip Girl has been off the airwaves for a few years now, take a stroll down memory lane and see what you can recall about the cult-favorite teen series. Take the quiz here.

21. TV Quiz: Match The Quote To The Correct CW Show

You’ve likely been watching CW shows for a decade or more, even if you didn’t realize it! But how well do you remember episodes from everything from The Vampire Diaries to Nancy Drew? Find out if you’re a true fan by taking this quiz to test your knowledge by naming the correct show based on the quote! Take the quiz here!

22. Classic TV Quiz: How Well Do You Remember I Dream of Jeannie?

Back when I Dream of Jeannie premiered in 1965, it was a show way ahead of its time. From Jeannie and Tony’s first meeting to all of the antics that followed, there was a lot to follow on the show and luckily for fans the series has lived on with reruns! Now is the time to dig into your memory vault and find out how well you really remember I Dream of Jeannie! Try the quiz here!

23. TV Quiz: How Well Do You Know Buffy the Vampire Slayer?

Buffy the Vampire Slayer was groundbreaking for the time, challenging stereotypes and openly presenting a core character who was gay, in a respectful way. It was also was a huge hit amongst viewers and critics alike, reaching between four and six million viewers every time an original episode aired. But it’s been a while since the show went off the air in 2003, so how well do you really remember what happened? Test your knowledge with this quiz to see if you’re a true fan of Buffy The Vampire Slayer. Take the quiz here!

24. Classic TV Quiz: How Well Do You Remember Gilligan’s Island?

“Just sit right back and you’ll hear a tale, a tale of a fateful trip, that started from this tropic port, aboard this tiny ship.” If those lyrics have you reminiscing about one of TV’s most beloved series with Gilligan’s Island, then this is the quiz for you! Although the series only ran for three seasons, it has been enjoyed for decades thanks to syndication and reruns, but how well do you really remember the series? Take the quiz here!

Oh the 90s. Filled with bop-its and Furbys, Lunchables and purple ketchup, and pop songs like Barbie Girl by Aqua (yeah, that song hasn’t aged well) and Wannabe by the Spice Girls. They truly were great years, whether you were a child, teenager, young adult, or adult. But the 1990s were also a great time for television, from kids cartoons like Recess to sitcoms like Friends and Sabrina, the Teenage Witch! If this quiz doesn’t give you serious nostalgia, we don’t know what will. So test your knowledge of hit 90s television shows by trying to match the one-liners to the correct show with this quiz. 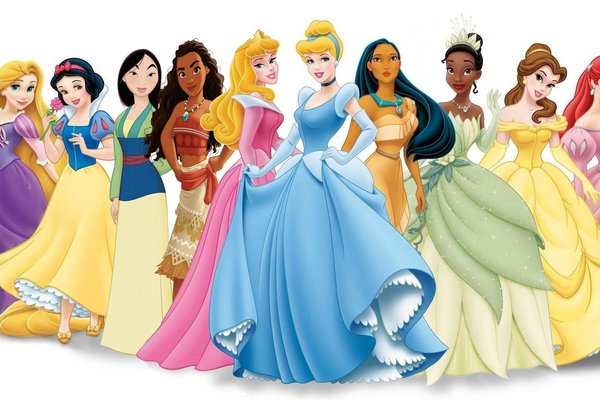