Word on the street is that Gavin Rossdale was cheating on his lovely wife Gwen Stefani with their young nanny (who happens to look like a Gwen clone). Gavin’s rep hasn’t denied the story and neither has Gwen’s, which has everyone asking, “who is this woman who broke up their marriage?” Her name is Mindy Mann and here are 7 things that you should know about her:

7. She’s From Down Under

Mindy is from Australia. Her family lives on Queensland’s Gold Coast in Tallebudgera.

Mindy not only looks like Gwen, but she also went out of her way to dress like her, eat like her, do the same workouts as her and buy the same accessories as her. Gwen thought it was weird. Mindy also went so far as to post pictures on social media that showed her dressed in similar ways to Gwen.

5. She Worked for Gavin and Gwen for 7 Years

Back in 2008, Gavin and Gwen were looking for a nanny for Kingston and Zuma, and a friend recommended Mindy to Gwen and Gavin.

4. She and Gavin Were (Allegedly) Involved for Three Years

According to sources, Gavin and Mindy had been having an affair for about three years. It reportedly began in 2012 and lasted until 2015. In 2012, Gavin and Mindy were caught getting a little too close by the paparazzi. He was photographed with his hand on the small of Mindy’s back during one of their hikes with Kingston and Zuma. Gavin claimed that she had almost fallen over and he was trying to steady her. Yeah. Right.

3. She and Gavin Would Sext

Mindy sent Gavin several nude photos via text and they also scheduled their hookups via text as well. When Gavin synched his phone to the family’s iPad, these photos and texts were discovered by one of his and Gwen’s other nannies, who then alerted Gwen to the situation.

2. She Was Fired in February

When Gwen saw the texts and nude photos, she confronted Gavin and fired Mindy. Gavin claimed that nothing sexual had happened between him and the nanny, calling it a “flirtation.” However, he confessed a short time later and then Gwen filed for divorce.

1. She and Gavin Still Talk

According to HollywoodLife.com, Mindy and Gavin are still in touch. “He reached out to her to make sure she was okay after news of their affair went public. He’s concerned for her and knows she’s young and not used to being in the spotlight,” a source said. 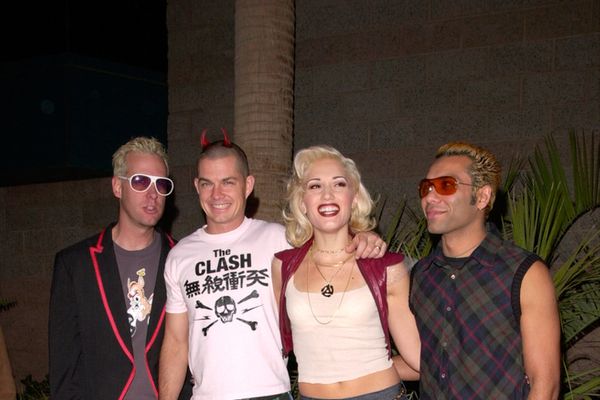