Dancing with the Stars has a reputation for toning up celebrities. It doesn’t really matter if you win the Mirrorball trophy because every celebrity who goes on the show is guaranteed to lose some weight and buff up. Not every celebrity weight loss story is that inspiring though, but there are some physical transformations that were downright remarkable. Here are the 12 greatest DWTS body transformations:

During season nine of Dancing with the Stars, Kelly Osbourne was a competitor. She finished in third, but most amazingly of all, she completely transformed her body. She lost twenty pounds and went down to a size two. She claims that the show is responsible for her physical transformation. “Louis van Amstel and Dancing with the Stars changed my life, and as cheesy and cliché as that sounds, America had a hugest part in that,” she told Access Hollywood.

Lil’ Kim had been trying to lose weight since 2006 when she hired a personal trainer and moved him into her home so that he could keep her accountable for her diet and help her lose weight. However, it wasn’t until her stint on Dancing with the Stars where she finally began seeing some results thanks to the 20 hours of dancing she was doing a week and the high intensity workouts she was doing with her personal trainer, which led to her losing 20 pounds!

Maria Osmond had a lot of difficulty during her rehearsals for Dancing with the Stars when she was on the show in season five. She was completely out of shape, having gained 40 pounds in the previous five years while caring for her parents who were battling heart disease. It wasn’t until her son told her that he wanted her to be there for her grandchildren that she realized she needed to make a change. She signed up for Nutrisystem and dropped 27 pounds by DWTS’ finale and then lost another 13 pounds by January 2008.

Rapper Kyle Massey slimmed right now during his stint on season 11 of Dancing with the Stars. Even though he didn’t take home the Mirrorball trophy that season, he did walk away from the show as a weight loss winner after he lost 18 pounds and eight inches! He was so in awe of his own transformation that he couldn’t stop looking in the mirror at himself.

When NSYNC’s Joey Fatone competed on season four of Dancing with the Stars, he shed 20 pounds. One thing that helped his weight loss efforts was NutriSystem, a diet plan that delivers premeasured meals, but he also said that dancing five hours a day, six days a week helped transform his body.

The Beverly Hills, 90210 star managed to really slim down during her stint during season five of Dancing with the Stars. Before the show, she had tried doing Pilates three days a week and cardio twice a week, but nothing worked quite as well as dancing for six hours a day. She only dropped ten pounds while she was on the show, but it made quite the difference.

When Kendra Wilkinson appeared on season 12 of Dancing with the Stars, she was still carrying some of the baby weight from her pregnancy with Hank Jr., but it quickly began falling off during her time on the show. She lost as much as ten pounds between episodes and toned right up! “My metabolism has sped up too much,” she told Zap2it. “I created the definition I’ve always wanted. I have that curve now… I keep asking if my boobs look bigger because everything else has shrunk.”

Ricki Lake’s body transformation on Dancing with the Stars was nothing short of remarkable. She lost 20 pounds and went from a size 8 to a size 14! Throughout the competition, she had to keep buying new pants. “I need to get new jeans, all my jeans are falling off,” she told Access Hollywood. “I was a size 8 when I started this thing, now my size 6’s are big.”

Kirstie Alley probably lost the most weight out of any contestant on Dancing with the Stars. She literally went from being a size 14 to a size 6 and claims that she lost a total of 100 pounds! Her weight loss can be credited to the 1,400 calorie a day diet she was on while working on the show and the five to seven hours a day a day of exercise she got. The results were totally amazing!

Pretty Little Liars actress Sasha Pieterse gained 70 pounds in two years because of a condition called Polycystic Ovary Syndrome but, when she joined the cast of season 25 of Dancing with the Stars, the weight began to quickly come off. During the first two weeks, she lost 15 pounds and then, halfway through the competition, she had lost an astounding 37 pounds! It was quite the transformation!

Drew Scott lost 34 pounds during season 25 of Dancing with the Stars and became leaner than ever! “I’ve always been a pretty healthy guy, but I haven’t done as much cardio as I should have,” he told People. “And I never thought dancing would give me this much, so I will definitely [keep the weight off] with more sports — that’s how I like to get my cardio, and then maybe put a bit of muscle back on. I’ve dropped a lot of muscle.”

When Tia Carrere joined season two of Dancing with the Stars, she had just had a baby a few months prior and was not in the best of shape; however, the show helped her with that. She lost 25 pounds in the two months she was on the show. The six hours a day of dancing definitely helped and her physical transformation really captured America’s attention. 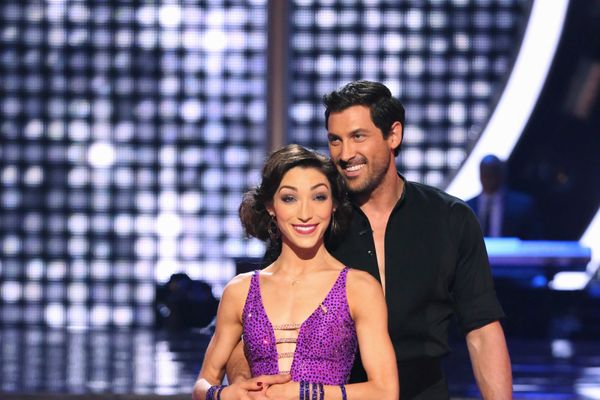