Halle Berry’s life hasn’t been easy. We don’t know what it is about her, but drama seems to follow her wherever she goes. Her relationships with men are especially dramatic – and public. Since she’s back in the news – and not for her work – we decided to take a look at some those devastating moments in Halle’s personal life that have shaped her. Here are 7 of the most shocking!

According to Halle, her father was an alcoholic who was abusive with her mother. She was five years old when she first witnessed her father abusing her mother. She saw him kick her down stairs and hit her with a wine bottle. “My father was tyrannical, lashing out at her for no reason. I felt the effects that had on our family — I’ve experienced what these women have gone through,” she said.

Halle has claimed that one of her boyfriends (who she refuses to name) hit her so hard that it left her nearly deaf in one ear. Many assume that the boyfriend she was referring to was singer Christopher Williams, but he has publically announced that it was Wesley Snipes who abused her.

In 1994, Halle married baseball player David Justice; however, three years into the marriage, things fell apart. According to David, the marriage crumbled because Halle “carried a lot of baggage from her previous relationships. She was always suspicious.” He also said, “I’ve never known a girl who could throw a tantrum like she does.”

During the divorce, Halle got a restraining order against David, claiming that she was afraid that he might act violently. She later said that, following her divorce, she was so depressed that she considered taking her own life.

Halle Berry found herself at the center of controversy in 2000 when she drove her car through a red light, hit another car and then took off. She required 22 stiches for a gash in her forehead while the other woman, who needed to be rescued from her car, suffered a broken wrist as well as other injuries. Halle claimed that she had no recollection of leaving the scene because of her head injury and was placed on probation, given community service and fined $13,500. She later said, “Drama follows me. I’m a drama magnet.”

Halle Berry married her second husband singer songwriter Eric Benet in 2001, only to separate from him two years later after he confessed to cheating on her with multiple women. While she initially gave the impression that they were going to work things out, with Eric seeking treatment for sex addiction, Halle pulled the plug on the union soon after.

Halle and Gabriel Aubry had a pretty low-key romance; however, when they broke up and he filed for joint custody of their daughter Nahla, things got really dramatic. She claimed that she had “serious concerns for her daughter’s well-being while in the care of her father.” Rumor has it that Gabriel’s short-lived romance with Kim Kardashian aggravated Halle. “She was upset at the idea of someone like that being in her daughter’s life. She did not want a reality star in Nahla’s life. She was very aggravated,” a source told People.

Things got even messier when Halle’s new boyfriend, Olivier Martinez, got into a fistfight on Thanksgiving with Gabriel as he dropped four-year-old Nahla off. After the altercation, Gabriel was issued a restraining order that prevented him from coming within 100 yards of Halle, Olivier and Nahla.

Halle Berry is currently in the midst of her third divorce. She and Olivier Martinez filed this week and things are already starting to get a little messy. People close to the actress have told People that Olivier’s explosive temper is what doomed the relationship while others have said that both Halle and Olivier have fiery personalities and love to fight. Sources say that they were fighting nonstop towards the end of the marriage and that they expect a bitter divorce. 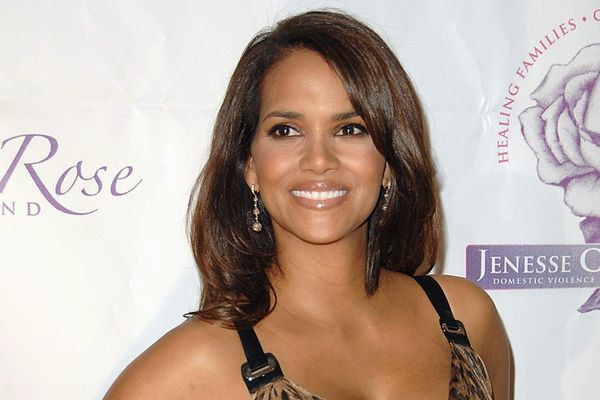