Halloween isn’t just for the kids, especially in Hollywood! Every year, celebrities go all out with funny, unique, and often pop culture inspired costumes at the numerous glamorous Halloween events and parties being held. A lot of celebrity couples brought to life fan-favorite iconic couples, while others went all out with make-up, wigs, and even prosthetics! Here are 13 of the best Halloween costumes donned by the stars this year:

A surprising popular costume with the stars this year was dressing up as none other than Olympic swimmer Ryan Lochte. While his infamous Rio robbery is a huge source of contention, it didn’t stop stars like Nina Dobrev and Taylor Lautner from turning their hair silver and putting on some swimming goggles. Lautner’s was definitely one of the best, captioning his picture, “When you think you have a chance but Phelps wins again.”

Suicide Squad may have come out this past summer, but everyone knew it was going to be a major target for Halloween this year, and the stars did not disappoint. While there were a lot of great Harley Quinn and Joker costumes, it is apparent that expectant parents Maks Chmerkovskiy and Peta Murgatroyd definitely look the part!

Bachelorette star JoJo Fletcher and Becca Tilley decided to stay away from the ever popular “sexy” anything costumes, and went all out for their Grannies costumes. The two gorgeous reality stars donned everything from grey wigs to grey eyebrows to some serious makeup to age themselves in spectacular fashion.

Whew what a night! We really showed those kids how to “turn up”. Happy Birthday Wanda— You age like a fine wine. I love you! But just remember…I’m the Mary, you’re the Rhoda. #granniesgonewild

A skeleton may be one of the most common of Halloween things, but country star Thomas Rhett and his wife Lauren Akins took it to a whole new level. The pair did some very elaborate face paint and full body skeleton costumes to really look the part, and they looked so good it was scary.

Former Jersey Shore star Jenni “JWoww” Farley and her husband Roger Mathews had a busy Halloween weekend, first donning some pretty good Harley Quinn and Joker costumes, but their family themed costumes was one of the best! The pair along with their young son and daughter all wore matching costumes as The Incredibles, and the results were nothing short of adorable.

While quite a few stars were busy dressing up as him, Ryan Lochte had other things in mind. The Olympic swimmer and former Dancing With the Stars contestant stepped out with his fiancee Kayla Rae Reid for the star-studded Casamigos party, and he was almost unrecognizable. Lochte gave Johnny Depp a run for his money in full Mad Hatter get-up while Reid made a gorgeous Alice in Wonderland.

It isn’t surprising that Mindy Kaling’s choice for a costume was unique, as she stayed away from some of the most popular costume inspirations for the year such as Stranger Things and Suicide Squad. Instead, the talented actress and comedian turned herself into Tom Hanks’ character from his film on the Hudson River landing, Sully.

Just a girl, dressed up as Tom Hanks as Sully Sullenberger III from the film “Sully”, avoiding doing her work. This expression is “Those better not be birds.” @yo_its_hmo   A photo posted by Mindy Kaling (@mindykaling) on Oct 30, 2016 at 2:27pm PDT

At first glance, Nina Dobrev’s costume is a little disturbing but once it makes sense, the actress gets a ton of points for originality and creativity. Dobrev dressed up as none other than Leonard DiCaprio’s character’s horse from his hit film The Revenant. Meanwhile her friend dressed up as DiCaprio complete with an Oscar which he won for his performance.

It was easy to predict that this year’s Halloween was going to be full of a lot of the most popular characters from Netflix’s hit series Stranger Things. While there were a lot of Eleven’s and Barb’s out there, Amy Schumer and her boyfriend Ben Hanisch switched things up and definitely had one of the best Stranger Things costumes so far! Schumer donned her best Dustin outfit while Hanisch actually makes quote the cute Eleven.

Stranger things #happyhalloween from Eleven and Dustin! A photo posted by @amyschumer on Oct 29, 2016 at 4:33pm PDT

For a few years now, Arrow star Colton Haynes has been the King of Halloween. From Shrek to Ursula from The Little Mermaid, his costumes are not just costumes, they are full body makeovers. This year was no different, but most definitely a little over the top as the star underwent full face and body prostethics to become Miss Piggy. Not his best yet, but there is no denying that there is no limit to what Haynes will do for an epic Halloween costume.

With a lot of money at their disposal, some celebrity costumes go way beyond putting on a costume and a wig, and Katy Perry and Orlando Bloom proved that. The pair went full out with prosthetics, and professionally done hair and makeup to transform themselves into none other than Hillary and Bill Clinton. They also get bonus points for the “Donald Trump Troll.”

Sometimes, it doesn’t take a whole lot to have an awesome costume though, as Fuller House star Candace Cameron Bure opted for the classic Disney route. The gorgeous star dressed up as Tinker Bell from Peter Pan, and looked so amazing in the costume it almost looks like she is starring in a live-action remake! 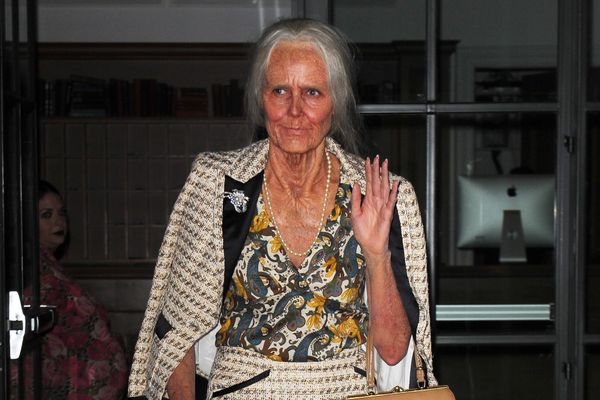