When it comes to dating in Hollywood, many relationships end quickly and many celebrities are quick to move on.  However, some couples are so adorable together and have so much staying power that they defy all norms in Hollywood showing that us that relationships really can work among the rich and famous.

Anna Paquin and Stephen Moyer have been dating since 2007 when they met on the set of “True Blood.” These two managed to keep their relationship hidden from the public for almost two years. Moyer and Paquin became engaged in 2009, married in 2010 and had a son and a daughter who are fraternal twins in 2012.

Brian Austin Green and Megan Fox met on the set of “Hope & Faith” in 2004 and they have been dating ever since. At the time, she was only 18 and he was 30. They became engaged in 2006, but broke off the engagement in 2009. Green and Fox became engaged again in 2010 and married shortly after. They have one son together and are currently expecting a child.

Olivia Wilde and Jason Sudeikis began dating in 2011, six months after Wilde separated from her husband, Tao Ruspoli. Wilde and Sudeikis became engaged in 2013 and, this past October, they announced that Wilde is pregnant with their first child. Wilde has been quite open about her love life with Sudeikis saying that she is “blissfully, hopefully, wildly in love” and that the two of them “have sex like Kenyan marathon runners.”

Ben Affleck and Jennifer Garner are definitely one of Hollywood’s sweetest and most devoted couples. In 2004, the couple met on the set of Daredevil. Although the move was a complete flop, this couple proved that their relationship is the complete opposite. Affleck and Garner married in 2005 and have since had three children together, two daughters and a son.

Ryan Gosling and Eva Mendes met back in 2011 on the set of “A Place Beyond the Pines.” It was because of Gosling that Mendes had the opportunity to audition for the role of Romina in the movie. Gosling has nothing but admiration for Mendes and convinced the Director to give her a shot. “You should meet with Eva because she’s great. I think she has got a lot to offer that maybe people haven’t seen, which would be great,” Gosling told Director.

Jennifer Aniston went public with her relationship with Justin Theroux in 2011, the same year that the couple reportedly began living together. In 2012, they announced their engagement. Although the couple has put their wedding on hold for now,  the couple is as solid as ever. “We’re just really happy and we’re in love and we feel like we’re married,” Aniston said on “The Talk.”

Justin Timberlake reportedly met Jessica Biel at a Golden Globes after party back in 2007, shortly after his break-up with Cameron Diaz. The couple took their relationship public that same year. In 2011, they broke up briefly, Timberlake and Biel released a joint statement confirming their break up only to reunite that same year with Timberlake proposing. In 2012, the couple wed and, while they keep a low profile, these two continue to go strong.

Ashton Kutcher and Mila Kunis have a rich history together. They were an onscreen couple back when they were starring in “That 70s Show” with Kutcher being Kunis’ first kiss, which also happened to take place onscreen. These two began dating back in 2012 and are currently going strong despite never having walked down a red carpet together as a couple.

Andrew Garfield and Emma Stone met on the set of “The Amazing Spider-Man” back in 2011 and the rest is history. Although these two like to keep their relationship under the radar, Garfield recently praised Stone’s acting abilities, discussing how much he loves working with her. “I love it. She’s a great gal and, as we all know, a singular talent, like a completely unique, singular talent. She was just born like a purebred, in terms of you just say ‘go’ and she goes.” Yes Andrew, we completely understand.

2. Adam and Brody and Leighton Meester

For those of you who like “The O.C.” and “Gossip Girl,” Adam Brody and Leighton Meester are a dream come true. These two allegedly met  and became close when they co-starred in the film “The Oranges.” It was only  in February 2013 that sources confirmed that Brody and Meester were officially an item.

David and Victoria Beckham met back in 1997  at a charity football match. David and Victoria were immediately attracted to each other and quickly began dating. In 1998, the couple announced their engagement and, in 1999, they were married. The couple has four children together, three boys and a girl and, in spite of break-up rumours, they continues to go strong. 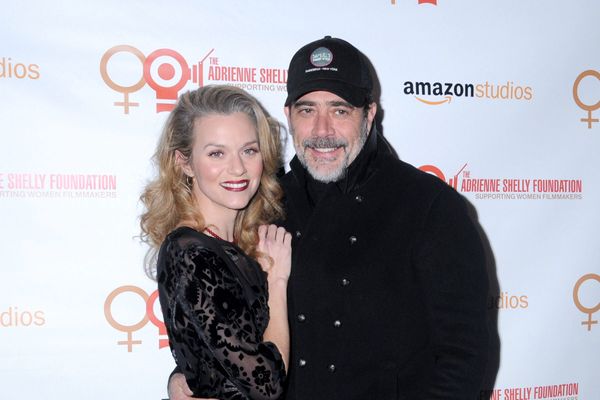