In Hollywood it seems relationships are just as fleeting and dramatic in real life as they are on-screen, but there are a few couples who have kept it together, and captured fan’s hearts with their love for each other. From young, newly in love couples, to celebrities that are still head-over-heels for each other after years together, some celebrity couples are just so adorable without being sickening. Since February 14 as Valentine’s Day is the day for love, check out Hollywood’s 10 cutest celebrity couples!

Both Sofia Vergara and Joe Manganiello have for a long time been regarded as two of the hottest people in the industry, that’s why fans couldn’t get enough of it when they learned the two had hooked-up. Aside from being so good-looking, they are also talented, funny and so cute together. Her strong personality is offset by his silent and strong vibes, and it really seems two people couldn’t be any better together.

John Legend and Chrissy Teigen have never rushed their relationship, and always seem so solid and just so in love. The two can never stop gushing about each other or take their eyes off each other at events. As if they weren’t cute enough, they became even more adorable when they ecstatically announced that after some difficulty they finally got pregnant and are expecting their first child!

Prince William and Princess Kate really renewed interest in the royal family with their real-life fairytale romance that people just can’t get enough of. Although they are royalty, they both seem so down-to-earth and relatable, not to mention they seem perfect for each other and handle everything in stride while also balancing a family life with their two children George and Charlotte.

For a while, some criticized the relationship between NFL superstar quarterback Tom Brady and the world’s highest paid supermodel Gisele Bundchen, but the two have proved they are the real deal. After ten years together and almost seven years of marriage, the pair have consistently supported each other at runway shows and football games and like all couples have hit their snags, but have never given up on each other. Through thick and thin they weather the storm together, and it is truly inspiring for fans of the couple.

Tim McGraw and Faith Hill are without a doubt one of country music’s greatest love stories. The two have really beat the odds of industry standards with a marriage that has lasted twenty years this year, sharing three beautiful daughters together. When they married in the same year they met, many believed they wouldn’t last because of the whirlwind romance, but not only have the remained solid, they continue to gush about each other and their wonderful family and their collaborations have really been a gift to the country music genre.

One year after confirming that he is in fact gay, fan favorite star Neil Patrick Harris brought David Burtka to the 2007 Emmy Awards, and fans fell in love with the adorable couple. If the two weren’t cute enough, they have formed the perfect family with their twins, Gideon and Harper. Looking through Harris’ Instagram is one of the best things because it constantly reminds us of our own relationship and family goals.

NFL player Eric Decker and his wife singer Jessie James Decker are one of the most fun-loving couples out there and it isn’t hard to envy their loving, flirty relationship that has never faltered in their two years of marriage. Jessie posts pictures gushing about her hot husband and praising him as an amazing father to their two children. Their happiness is infectious!

When the world’s biggest soccer star and a Spice Girl first hooked up in 1997, fans went wild, and after twenty years together they have proved it was so much more than a hook-up between two major stars. Like other couples they too have had to deal with some scandal and rumors, but unlike many other they stuck through it together and offered endless support. To this day they are endlessly proud of each other and their adorable family, and still have kept the love alive.

There are still some that aren’t happy Chris Hemsworth is taken, but we all have to admit that he and wife, Spanish actress Elsa Pataky are one of the cutest couples out there. Their romance moved quickly as they were married in Decemeber 2010 after meeting earlier in the year, but the last five years have been nothing but bliss for the striking couple. They are notoriously private about their family life with their three children, but they share just enough for everyone to know how amazing they are together.

Ryan Reynolds and Blake Lively are absolute show stoppers when they arrive on red carpets together. Their chemistry and love for each other is electric, and they can’t take their eyes off each other when they are together. Since getting married and then welcoming their daughter together, Reynolds has never stopped beaming and recently stated he once flew halfway across the world just to able to spend one day with his gorgeous wife. That’s true love and dedication. 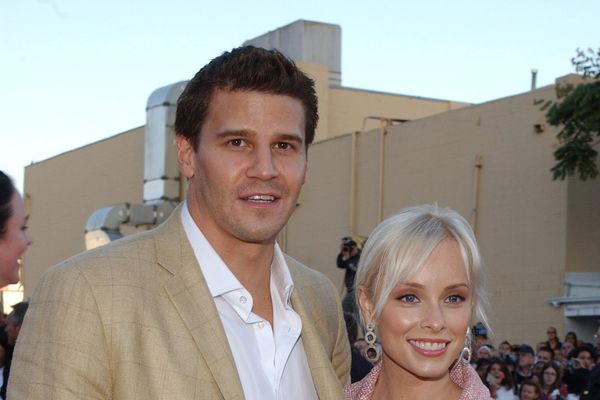 9 Celebrity Couples Who Stayed Together Despite Serious Scandals