It’s been over a week since Jim Carrey’s ex girlfriend Cathriona White took her own life and details about the previously unknown makeup artist continue to emerge. Much of this new information has proven to be quite unsettling. It doesn’t look like life was easy for the beautiful 30-year-old Irish woman. Here are 7 surprising details that we’ve learned about Cathriona White since her suicide.

7. The Pills Weren’t Hers

Four prescription medications were found with Cathriona’s body – Ambien, Percocet, Propranolol and Zofran – and none of them were in her name. A source confirmed to PEOPLE that three of the prescriptions were under an alias of Carrey’s while the fourth was under another name.

In 2012, Cathriona had tried to kill herself after her father, who lived in Ireland, died as a result of brain cancer. She was living illegally in Los Angeles at the time and couldn’t fly back for the funeral.

Cathriona was married at the time of her death and not to Jim Carrey. Her husband was Mark Burton, a cameraman she met in Los Angeles. They were married in 2013 in Las Vegas at a wedding chapel called “Heavenly Bliss.” She was reportedly going to start divorce proceedings this December.

4. Few People Knew She Was Married

Few people knew that she was married. Back home, many of her relatives were in the dark about her marital status.

3. She Was Studying Scientology

Prior to her death, Cathriona was involved with the Church of Scientology. She had been taking classes with the church since she moved from Ireland to Los Angeles. She had finished the Purification Rundown and was enrolled in a Survival Rundown course, but had failed to complete it.

2. She Fought with Her Mom Before She Killed Herself

Nine days before Cathriona took her own life, her mother reportedly sent her a upsetting letter where she called her daughter a failure. Cathriona had received the message on the day of her 30th birthday.

1. She Chose to Commit Suicide on a Special Day

Cathriona was found dead on the third anniversary of her father’s death. 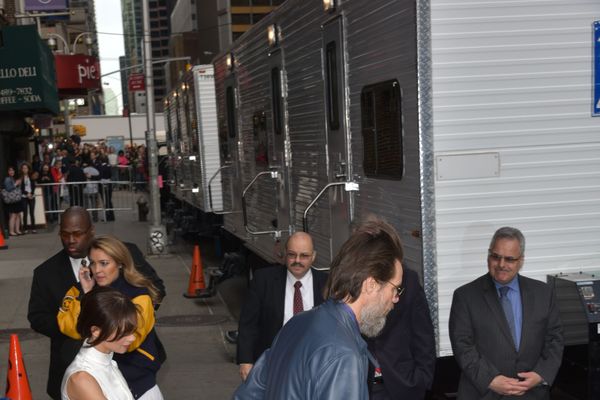