Most Ridiculous Soap Opera Storylines Of 2018

With 2018 nearing to a close, it’s only natural for soap opera enthusiasts to take a look back and review the year that was in daytime dramas. There have been ups and downs within all the shows in 2018, and today’s focus is all about the outrageous. Below are 12 of the most ridiculous soap opera storylines that unfolded this year.

While the reveal around Baby Bonnie’s true parents being Mimi and Rex, as opposed to Bonnie and Lucas, was dramatic, the storyline all around has been ridiculous from the get-go. Bonnie has to be well into her 50s, if not close to her 60s, so the idea that she can still conceive a child is crazy at best. Additionally, Mimi allowing her mom to use her child in that capacity is insane. Do no DNA tests work out right in Salem? The hospital needs a stricter guideline policy! 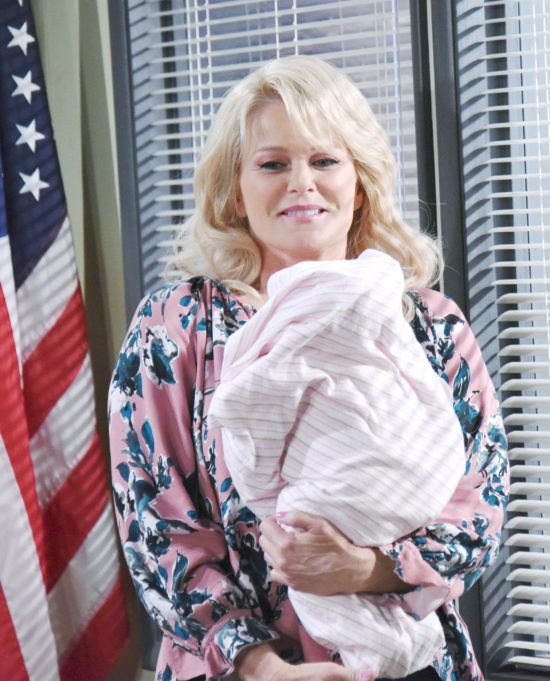 Most Days fans would agree that having Ben turn out to be a good guy, along with his love story with Ciara, have both been heartwarming watches. Having said that, how a serial killer can turn out to be okay after years of creepiness is outrageous! Has Ben been hanging out with General Hospital’s Franco Baldwin? 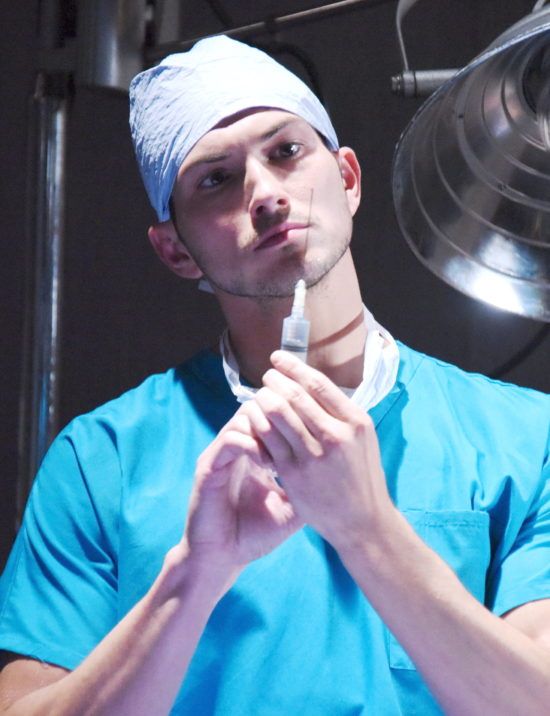 10. Jack’s An Abbott – Young and the Restless

Many fans were shocked when it was revealed that Jack Abbott wasn’t John Abbott’s biological son. It was also saddening on so many different levels, as this completely crumbled one of the most well-established families in Genoa City. When Jack embarked on a huge journey to find his real dad, he had so many twists and turns, from the idea that he may be a Fenmore (gross, since he’s been with both Jill and Lauren), to a storyline that led him to believe he might be related to nemesis Victor. The plot twists were interesting, and while there is security in knowing Jack is an Abbott, the idea that DNA tests were (once again) compromised to prove he wasn’t John’s son is eye-rolling. 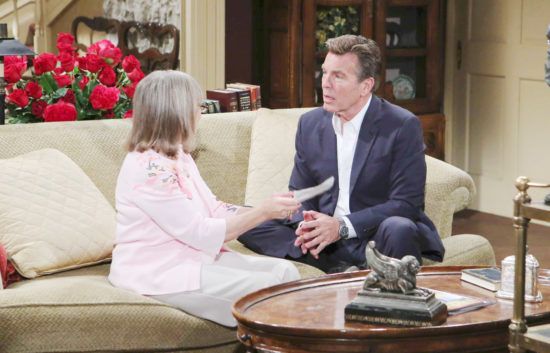 Raise your hand if you are sick of the “baby switch” storylines on daytime drama!? Can no one in the land of soap operas simply just have a baby without the idea that the embryo or infant itself was switched and given to the wrong parents? GH is at it again with Nelle giving Brad her and Michael’s baby as his newly-adopted one passed away. How do people do this on daytime drama and not get caught right away? Just ridiculous! 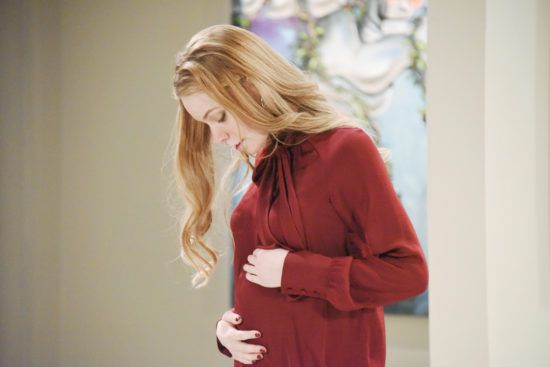 8. Victor and Nikki’s Open Relationship – Young and the Restless

Not only are most Y&R fans sick of the roller coaster relationship these two have after decades of going back and forth, but the idea that as grandparents they would decide to have an open relationship after everything that they have been through is just insane on so many different levels. They need to decide to stay together or break up … for good this time! 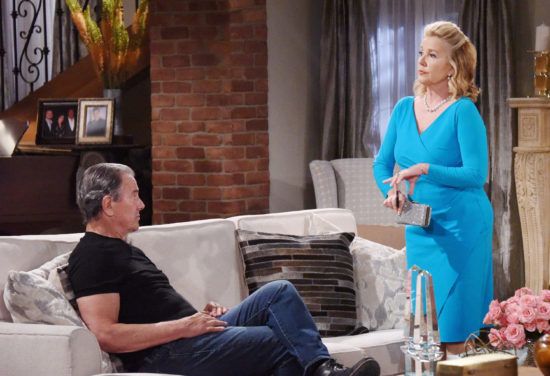 Why is it that whenever Bonnie pops back into Salem, Hattie emerges out of nowhere? The very idea that John would bust Hattie out of prison and switch her with Marlena’s body in the hospital to escape “pulling the life support system plug” is outrageous. The very logistics of moving a body on life support is enough to make someone’s head spin, not to mention the fact around sneaking Hattie in. The idea that John got away with the switch is also ridiculous. Plus, who would even think of a crazy idea like this in the first place? 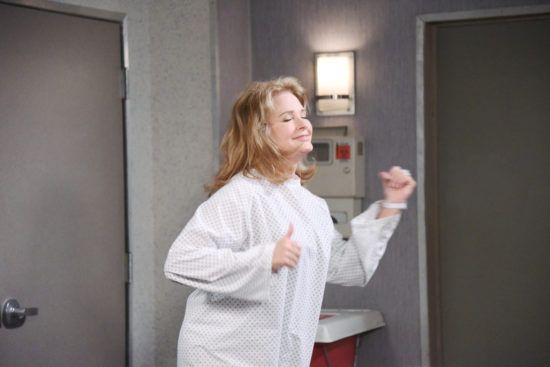 After close to a decade of playing Dante Falconeri on GH, actor Dominic Zamprogna decided to leave the show earlier this year, and fans began to brace themselves. Would Dante be recast, or would he exit in a dramatic fashion? Neither happened as it turned out, with Falconeri leaving Port Charles to embark on a secret mission without saying his goodbyes to his mom Olivia, dad Sonny, or even son Rocco. 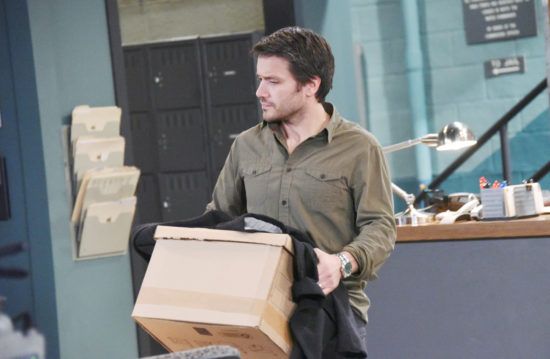 Speaking of ridiculous exits, Chelsea Lawson running out of town with not only her son Connor, but Christian as well, was way out of left field. Obviously Y&R creative heads had some time to come up with something substantial for Lawson, but the entire idea of her skipping out of Genoa City the way she did was not only totally against her character, but also seemed very rushed. Thankfully, she left Christian on Vicky’s doorstep before she flew the coup, but the storyline as a whole was not only shocking, but quite ridiculous as well. 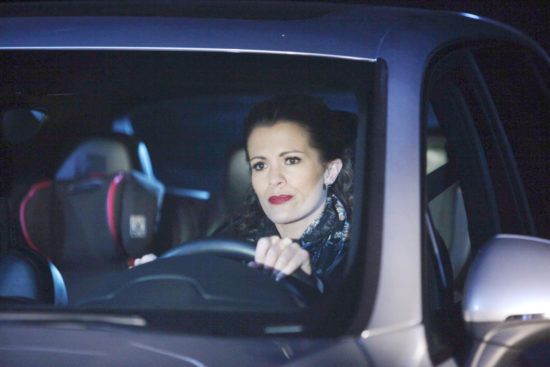 Mental health is a real and serious issue in today’s society, and while there are times that soap operas get it right, Days got it very wrong this year when Abigail suffered some trauma where an alter ego emerged. She paraded around as Gabi Hernandez, which left many fans rolling their eyes. To boot, an extended storyline was launched when she was seduced by Stefan DiMera as “Gabby” and got pregnant. Of course, the baby is really Chad’s (no fan has ever seen this kind of angle before), but DNA tests were reversed to reveal she is carrying Stefan’s baby. Once again, can someone please lock up those DNA tests to ensure accuracy? 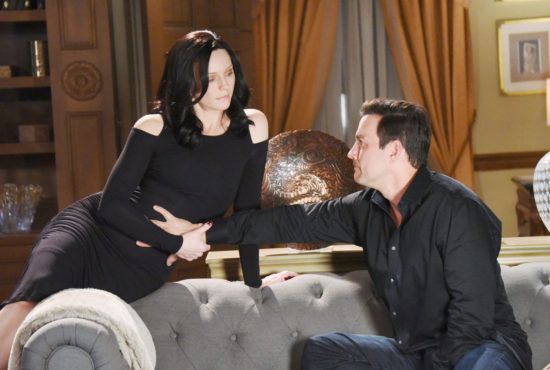 3. Lily’s Sentence – Young and the Restless

Everything around Hilary’s death on the Y&R earlier this year was riveting, from the fight she and Lily had to the accident to the wedding between her and Devon before she passed to all the aftermath around Cane hiding Lily’s role in the car crash and Lily bravely coming forward. In fact, Hilary’s death was one of the best storylines on daytime drama this year, except for Lily’s sentencing to close the story. Actress Christel Khalil recently requested the soap opera place her in recurring status, so she could pursue other projects; however, Lily being sent to prison seemed too far-fetched, especially since she came forward, went to the police, and admitted guilt. 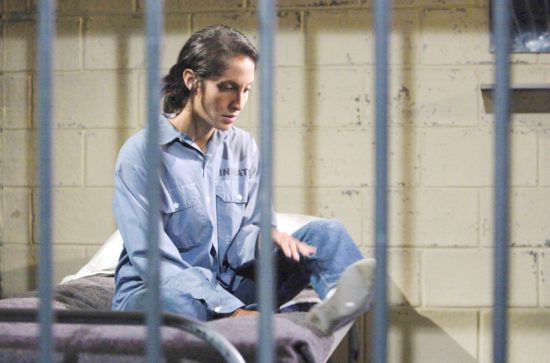 When Carly was sent to Ferncliff this past summer, it seemed like a viable alternative to prison. Sadly, everything that went on in the mental health institution was so 1975. In today’s day and age, it is very hard to believe that any facility would allow workers to conduct themselves the way Mary Pat did. 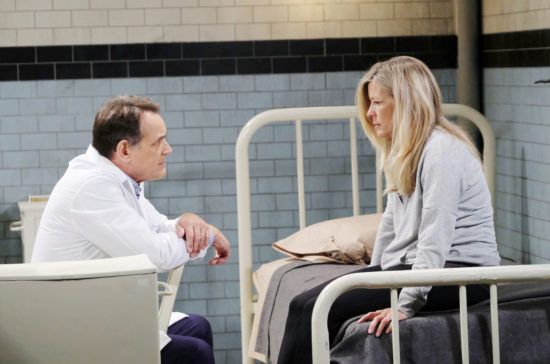 Speaking of Carly’s Ferncliff stint, Jason breaking her out of the institution was equally insane. First off, with Sonny and his connections, it is very hard to believe that there was nothing he could do for his wife. Secondly, Jason storming into the facility and busting her out was far too dramatic and way too cheesy for words. 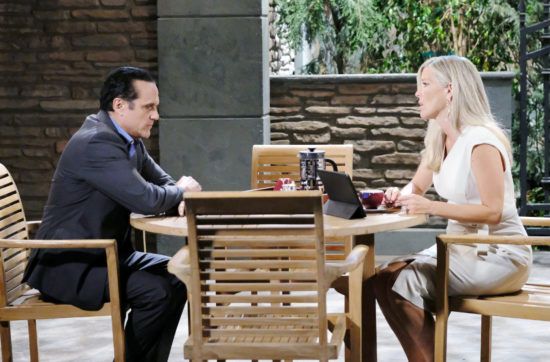 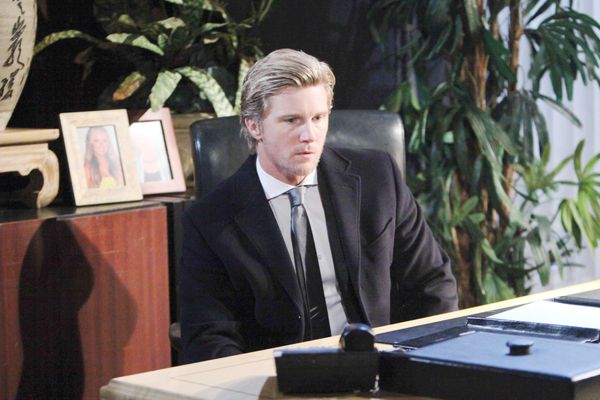