Since its founding in 1981, MTV has gone from one of the most predominant music channels to one of the biggest series networks. Way before the rise of reality TV, MTV was way ahead of the curve with series like the Real World, and now it has expanded into several original scripted series as well. Unfortunately, the network has also come under fire multiple times for things that happen on its various series, and for things that MTV stars have gotten themselves involved in. Take a look at MTV’s 10 biggest controversies and scandals over the years:

Back in 2013, MTV introduced its newest reality series Buckwild as a “redneck” version of its hit series Jersey Shore. Unfortunately for the network, if it thought its Jersey Shore cast was wild they had no idea what they were getting into with the young cast of Buckwild. Before the show even aired, there was an issue with a sex tape of two of the stars being shopped around, and while they were able to keep it under wraps while the show aired, after it was cancelled, it once again became a problem for MTV. Then, a month after the series premiered, one of its stars Salwa Amin was arrested with two other men following a drug raid in which police found heroin, Oxycodone, and a large amount of money. Finally, after the death of star Shain Gandee, MTV pulled the plug on the show, which in turn caused a problem with the show’s producer J.P. Williams who already had a second season in the works, and threatened to take the show to another network or sue MTV, stating, “MTV is the most hypocritical network out there. Van and Susanne can keep promoting pre-martial sex and promoting leaving the baby after you have it. I’m so glad they have found their moral bar.”

Along with reality TV, MTV forged ahead with several scripted series which included the series Skins which was based on the well-known British series of the same name. After airing on January 17th, it only took one month for things to go bad for MTV as six advertisers pulled out because of the show’s depiction of teenage drug use and sexual activity. Meanwhile the Parents Television Council also requested an investigation into the show over whether or not its graphic scenes violated child pornography laws. At the time, MTV’s head of programming David Janollari, stated, ”It’s been downplayed, but we did label the series with a TV-MA rating, which is something substantial for this network. We haven’t done that since Jackass.” Unfortunately, along with problems with the show’s content, it also quickly lost viewers and was cancelled after airing its remaining six episodes.

After years of success with shows such as the Real World, there has constantly been issues surrounding what MTV lets pass when it comes to violence between those who are on the show. MTV always stipulated that any physical violence would immediately have the person who committed the act removed from the show. Fans soon realized that, despite this rule, some incidents were not dealt with properly and it all came to a head during the season of Real World: Portland when house member Nia Moore launched several violent attacks on her housemates. With incidents such as these, as well as the network, prompting huge brawls on series such as Jersey Shore, many began to condemn the network for stepping further and further away from the incidents. After the complaints, MTV has doubled down its efforts to enforce punishment on those involved, which was best demonstrated when Nia appeared on the following season of The Challenge and inappropriately touched her former Real World housemate Jordan Wiseley and was sent home immediately.

Many disgruntled MTV reality star, both past and present, have spoken out in tirades against MTV and its producers for faking scenes or at the very least manipulating them to create drama in what is supposed to be “reality” TV. Former Laguna Beach and The Hills star Kristin Cavallari has always been very vocal about the show “taking advantage” of the young teenagers on the series, and in many instances revealed major scenes that were set up by producers for ratings. Recently, several stars of Teen Mom and Teen Mom 2 have blasted the network for faking scenes, and have revealed the truth behind many pivotal moments that in many cases were heavily edited or filmed weeks after the fact, which has caused a lot of controversy between the network and its stars.

Although MTV has no problem taking risks in either its scripted or reality TV series, there have been a few instances that many fans and viewers believe crossed the line. One of MTV’s most shocking scenes in recent years came from Teen Mom 2‘s season four finale episode. During that time, Teen Mom 2 star Jenelle Evans and her then boyfriend Kieffer Delp were both addicted to heroin, and to the shock of many, the episode actually showed scenes of Jenelle and Kieffer getting so high they nodded off mid-conversation. Instantly, fans were horrified that MTV would actually show this potentially dangerous situation happening, and just stood by and filmed instead of stepping in as the two drug addicts fulfilled their high and passed out.

While MTV’s 16 and Pregnant, Teen Mom OG and Teen Mom 2 have become some of the network’s most successful and popular shows, they have also received a lot of criticism. Although the series prides itself on promoting sex education for young adults and how to avoid pregnancy, others say the series does the exact opposite. MTV has come under fire numerous times for “glorifying” and “promoting” teenage pregnancy, and rewarding the stars for getting pregnant at a young age by turning them into reality stars. Regardless of the concerns from parents and educators, many studies have been done that conclude that the shows have had a direct affect on the decline of teen pregnancies in the years since 16 and Pregnant and Teen Mom have been airing.

One Teen Mom star who has become infamous outside of her role on the show is Teen Mom OG‘s Farrah Abraham. While the reality star turned heads for her attitude and actions on the series, in 2013 she shocked many when she delved into the adult entertainment industry with the release of her adult tape in 2013. During the time of the tape’s release, Teen Mom OG was on hiatus for a few years and when it returned many had turned on Abraham. Audiences wanted her removed from the series, and so did her co-star Maci Bookout, who told producers she would not have her son on the same show as a “porn star.” The situation ended up in a major feud between Abraham and her co-stars, and put MTV in a difficult position once they made the decision to have her return to the series. Now, Abraham’s past overshadows any venture she tries to do, and she refuses to talk about it on camera.

While MTV has come under fire for a lot of its shows and stars, the network’s ironclad contracts have for the most part kept them away from any major lawsuits, except for a few. In October 2011, nine years after she appeared on The Real World: Chicago in 2002, Tonya Cooley filed charges against MTV, Bunim-Murray Productions and her former castmates, Kenneth Santucci and Evan Starkman. Cooley claimed in the lawsuit she had been a victim of sexual assault by Santucci and Starkman while on the show when they allegedly assaulted her with a toothbrush after she passed out from drinking, and also alleged that producers were aware of the incident but did not reprimand the two men. Cooley ended up settling outside of court with the defendants and the terms of the settlement were never disclosed.

Two years after Cooley’s season of The Real World, MTV encountered another sexual assault case stemming from 2004’s The Real World: San Diego season. During the season, a 22-year-old woman came forward stating that she had been raped in the Real World house by a friend who was visiting cast member Randy Barry. The woman stated she met the friend she called “Justin” while the cast were out at a bar and she believed he drugged her drink, saying after drinking it, “she blacked out and woke up the following morning…in the guest bedroom on the set of MTV’s Real World.” Another cast member said she found the woman lying naked on the bathroom floor as “Justin” came out saying, “I just hit that.” At first, producers and MTV were cooperative with San Diego police, but after a lawyer representing Bunim-Murray Productions stepped in, they refused to let the police do a search and no arrests were made.

Over the many things MTV has dealt with when it comes to the network’s many series and stars, one of the most concerning has been the untimely loss of so many of its young stars. While many of the deaths had absolutely nothing to do with MTV, such as beloved Real World star Pedro Zamora dying from AIDS, and beloved Challenge star Diem Brown dying from cancer, quite a few of the deaths were drug or alcohol related. Following the most recent death of 16 and Pregnant star Valerie Fairman, many turned to MTV to criticize the network for catapulting ordinary people into the spotlight which the critics attribute to the tragic death. Many believe that a lot of the reality stars couldn’t handle the sudden attention on them, or in some cases did not know how to move forward after MTV moved on from them. The deaths of Ryan Dunn, Sam Sarpong, Joey Kovar, Ryan Knight, Shain Gandee, and Valerie Fairman have all been pointed to as examples of people who were not given the proper tools on how to handle having and losing fame. 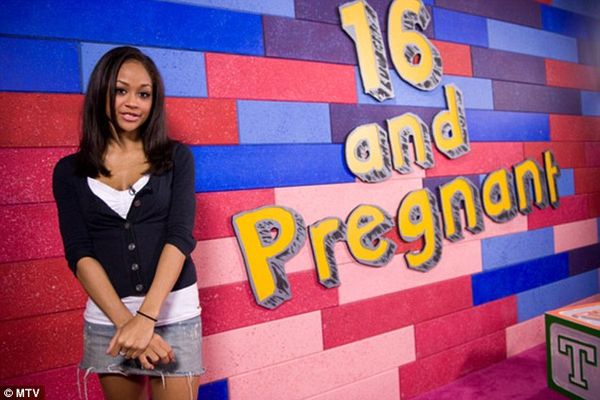