Alicia Keys Vacations with Husband and His Ex-Wife

Published on March 25, 2014.
NewsCred
(NEW YORK) — Alicia Keys may be on vacation but the “Girl on Fire” singer is still making headlines — this time with whom she is vacationing with.

Keys, 33, was spotted lounging on the beach in the Caribbean island of St. Barts alongside her husband, music producer Swizz Beatz, as well as Beatz’s ex-wife, Mashonda Tifrere.

It was just four years ago, in 2009, that Tifrere wrote a scathing open letter to Keys claiming that the singer, “contributed to the ending of my marriage.”

At the time, Tifrere claimed that Keys and Beatz, 35, had been dating for over one year, while, according to Tifrere, she and Beatz were still married.

The pair got divorced soon after and Keys and Beatz married on the French island of Corsica in July 2010.  Just a few months later, Keys gave birth to the couple’s son, Egypt, now three.

Keys did not comment on Tifrere’s allegations until nearly two years later, opening up to Essence magazine in 2011.

“We didn’t start seeing each other until months after they had separated,” Keys told Essence. “I was aware of all the false things that were being said about me it definitely hurt.”

Beatz and Tifrere also had a seven-year-old son together who joined on their St. Barts vacation.

At least one parenting expert gave Keys credit for including her husband’s previous family in her family’s vacation.

“It takes a lot of inner strength to pull something like that off,” said Dr. Stacy Kaiser, a licensed psychotherapist and author of How to be a Grown Up.  “Children did not ask for divorce so it’s really important that they be minimally impacted by it.

“That means when they’re around they need to see their parents getting along so they can be relaxed and enjoy the situation,” Kaiser said. 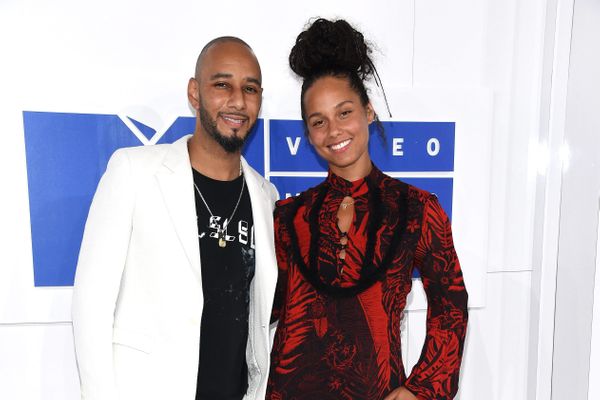