Beyonce Posts About People Who Are ‘Not a Good Influence’

Published on May 13, 2014.
NewsCred
DFree / Shutterstock.com
(NEW YORK) — Two days after the alleged incident where Solange Knowles attacked Jay Z in an elevator after the Met Gala, Beyonce was posting a “Prayer to God.”

On May 7, she posted a note on Instagram, saying “Lord, I lift up everyone of my relationships to You and ask You to bless them. I pray that each one would be glorifying to You.”

Beyonce has not commented on if this is related in any way to her sister and the incident two days earlier on May 5 an a Met Gala after-party at The Standard Hotel, but the message continued, “Help me to choose my friends wisely so I won’t be led astray. Give me discernment and strength to separate myself from anyone who is not a good influence.”

News of the altercation broke Monday after a video was released by TMZ of Solange Knowles allegedly attacking her brother-in-law Jay Z. The video shows Knowles walking up to Jay Z and then punching and kicking him, while a bodyguard does his best to hold her back. At the end of the 58-second clip, Beyonce, 32, steps in between the two.

Jay Z, 44, seen in the video wearing in a white tux, which he wore to the Met, does his best to stand away from Solange in the corner of the elevator and put his hands up in defense. Solange continues to kick him, even with the bodyguard holding her.

Reps for both parties have not yet responded to a requests for comment.
ABC US News | ABC Entertainment News 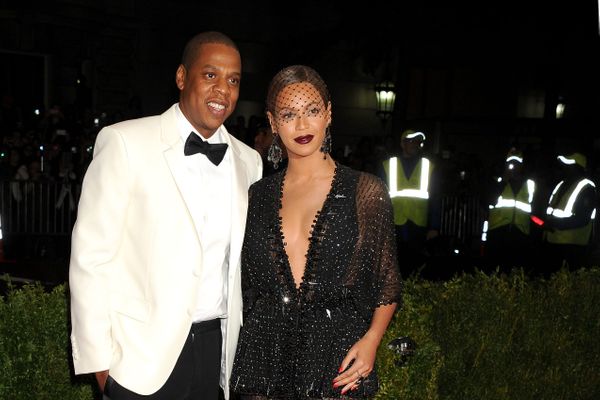