EVAN RACHEL WOOD has slammed the editors of Vanity Fair for forcing her to wear clothes she wasn’t comfortable in for the cover shot of the 2003 Young Hollywood issue.

A fan tweeted a shot of the cover, also featuring Amanda Bynes, Hilary Duff and Lindsay Lohan, on Thursday (16Oct14), but rather than offer up fond memories of the photoshoot, The Wrestler star recalled how she was bullied into a dress she didn’t like.

Wood wrote, “I was almost in tears after this shoot. They tried that dress on me, I wasnt comfortable but they told me there was no time… ’cause everyone else took up too much time with their fittings. Then I was given a choice on whether I… wanted to wear flats or heels. I chose flats and was immediately handed heels and told they looked better.

“Then we were all lined up, stared at and approved. I was 15 and felt for the first time my identity being erased and the pressure to shut up and do what you are told. I felt like meat. Since then, I have found my voice. Never again.”

She later added, “Side note , I have shot the cover of vanity fair since and had a much different experience. It was quite lovely.” 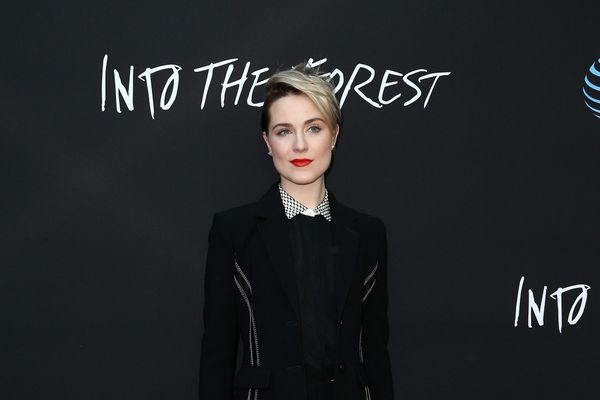