Once upon a time, a beautiful princess and a handsome prince met on the set of the prime time ABC series “Once Upon A Time” and lived happily ever after (or at least got married in “intimate California ceremony” on Saturday, April 12).

According to People, Ginnifer Goodwin and Josh Dallas are married in real life! Both also happen to be co-stars on “Once Upon A Time,” playing Snow White and Prince Charming respectively, so there are lots of fun fairy tale jokes to make here.

A source told E! News that the two had “an immediate connection” when they met as co-stars of the show in March of 2012, adding that the relationship has been “full-on” since it became romantic.

“It hit me like a blinding light. I thought, ‘I’m in trouble now,'” Dallas, 32, told People of his introduction to Goodwin, while apparently still in character as Prince Charming.

According to E!, the couple, who is expecting their first child, welcomed guests “with a Spanish guitar player in a courtyard with cactuses and stone pathways.” No word if any of the seven dwarves were in attendance. 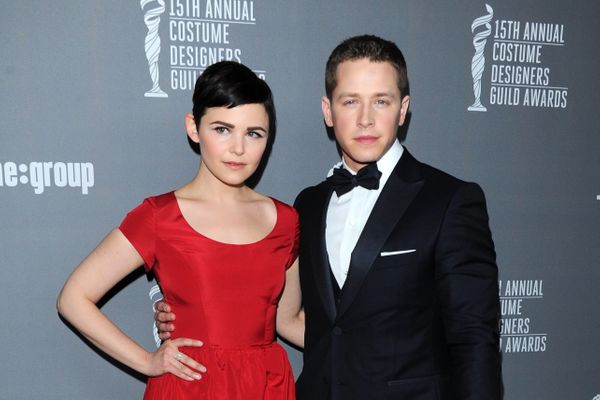