From 2003 to 2012, One Tree Hill reigned as one of the most popular teen dramas on TV and has remained one of the most beloved shows since. No matter how many years go by fans can’t get enough of the series or its stars, and it is all thanks to the amazing stories and characters the show gave us. One of the series’ greatest strengths was its cast and no matter if a character was major, minor or came in later in the series, they all became an integral part of the show meaning there were a lot of characters to keep track of. It is impossible to rank everyone, but take a look back at the show and some of your favorite characters with One Tree Hill‘s 15 most popular characters ranked from worst to best:

Deb Scott goes through one of the craziest character trajectories out of everyone on the series. After beginning as a professional working mom and wife to Nathan and Dan Scott, she eventually devolved into neurotics. Although Deb definitely had her heartwarming and most definitely hilarious moments, her attitude towards Haley and Nathan’s marriage turned a lot of fans against her. Not to mention she brought a loaded gun into Karen’s cafe which could have been a much worse situation than it already was. Watching Deb go from a well put together and respected woman to neurotic and having flings with her son’s friends may have been entertaining, but was unfortunate for the character. 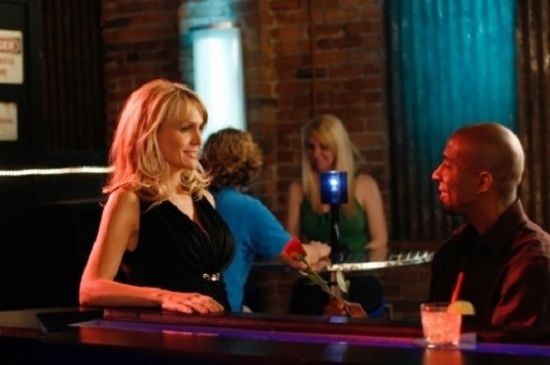 Jana Kramer as Alex Dupre didn’t enter One Tree Hill until season seven, but as soon as she did, she made her presence known. At first, Alex was an extremely hard to like character, especially as she was poised as a rival to the beloved Brooke Davis. There were a lot of reasons to not like Alex from her attitude to trying to seduce Julian and introducing Millie to the modeling world which changed her completely. While Alex did change dramatically following her suicide attempt and became a likeable character, her shortened time on the show paired with her initial attitude makes her one of the worst on the show. 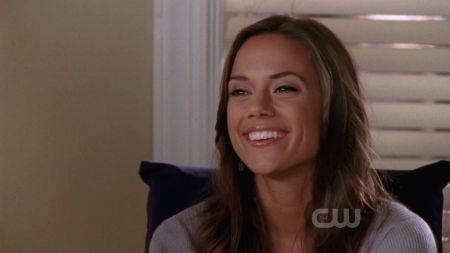 With so many fantastic characters on One Tree Hill, it is hard to place Dan Scott. Dan Scott was one of the most integral parts to the entire series, and he went through some dramatic changes. At first it was impossible to like him as she terrorized both his son’s lives, drove his wife to the brink of insanity and, most importantly, killed his own brother out of jealousy. Despite his actions in the early seasons, somehow Dan worked his way back into fans’ hearts after he became family focused and showed his love to Nathan and his family and went on a dangerous rescue mission to save Nathan. Regardless, there is no forgetting he murdered Keith, and how truly awful he was to those around him, especially his own family, in the first few seasons of the series. 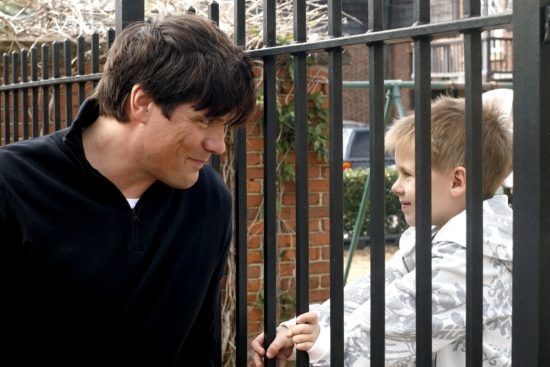 Following the exit of Hilarie Burton’s Peyton Sawyer on the series, producers brought in another central female character with Haley’s sister Quinn James. Unfortunately, there is no replacing Peyton Sawyer and while Quinn definitely became a well-liked character on the show, she was very annoying in the beginning when she wouldn’t even try to make it work with her husband and basically jumped into Clay’s arms right away. Many fans come to really like Quinn, but she was overall just an average character. 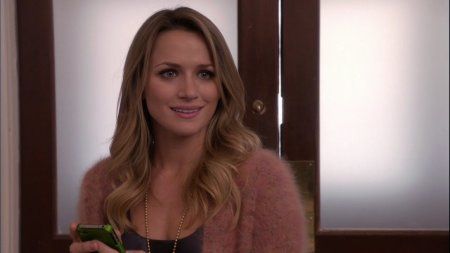 Much like Quinn James was meant to be a lead female replacement for Peyton, Clay Evans was brought in as a male replacement for Lucas Scott. Of course, no one could replace Lucas on the series but his friendship with Nathan was hilarious and he quickly became one of the most popular characters on the series thanks to his charm and quick wit. Not to mention, Clay brought some serious drama with his dead ex-wife, stalker and of course forgetting he had a son, but it also brought some of One Tree Hill‘s most ridiculous episodes. 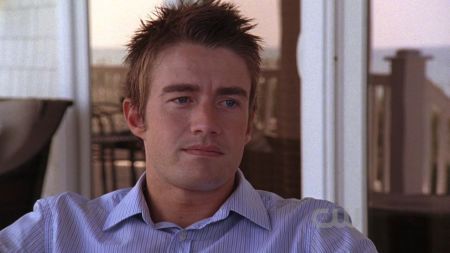 One Tree Hill couldn’t have made a better decision when Jackson Brundage was cast as Jamie Scott. The young actor absolutely stole the show when it came to his scenes, and delivered some of the best and funniest lines with the confidence and skill of the adult actors around him. Jamie was an amazing character who brought a lot of the characters closer together and also had some of the most emotional moments on the series, but never ceased to astound audiences with his ability to deal with some very scary and intense situations. 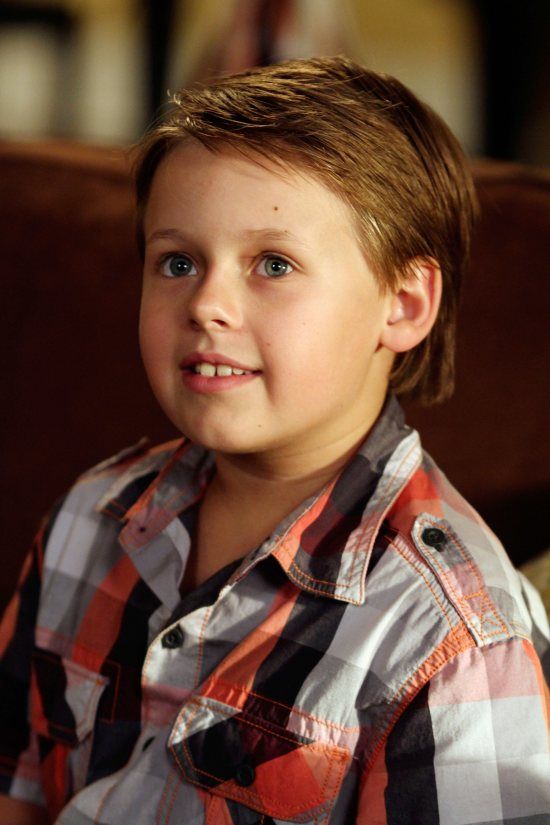 Much like Dan Scott, there was a lot about Chris Keller not to like, but fans couldn’t help it! He may have temporarily broken Haley and Nathan up, but he also brought out Haley’s music and made her believe in herself, and even helped get them back together. The best thing about Chris Keller, however, was his humor; if it weren’t for him One Tree Hill would most definitely be a much more dull show, but fans could always count on Keller for the comedic relief. At the end of the day, Chris Keller wasn’t as mean or evil as he made himself out to be and ended up being one of the most surprising friends to Haley and Nathan. 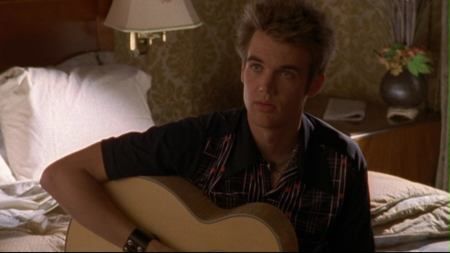 In terms of the stars of the show Marvin “Mouth” McFadden was one of the most underrated. Since the beginning, Mouth was one of the most consistent and genuine characters who always seemed to get overlooked because of other character’s problems and drama. There was finally more of a focus on him in the later seasons as his relationship with Millie developed, and it only proved how important he was to the series. Mouth was everyone’s friend, but he was always there to support and give advice and always saw the best in those who were a little rough around the edges, and he never got the credit he deserves. 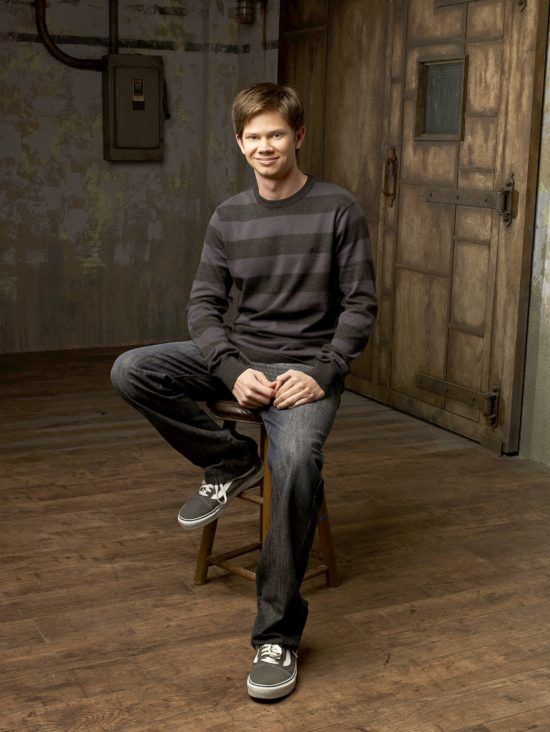 Karen Roe definitely goes down as one of the best TV mothers of all time, and she deserves the credit! For many fans, Karen gave the advice that many wish they could get from their parents, but was also one of the strongest most fearless women on TV. From running her own business to running for Mayor and doing it all as a single mother, she was truly fantastic and one of the highlights on the series before stepping back from the show in the last seasons. 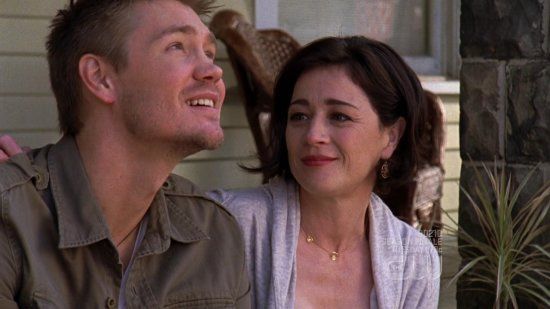 At first, Lucas Scott was the reason fans loved and tuned into One Tree Hill week after week, but in the end, he was not the best character on the show. Brooding was a part of his personality, but at times he was far too whiny and annoying when it came to his deep emotions, and he was insensitive and selfish when dealing with how he really felt about Brooke and Peyton for almost four seasons. Many times Lucas was too focused on himself to pay attention to his friends or other situations and seemed to have the most difficulty maturing emotionally. Season one Lucas was without a doubt the best character, but as time went on, it became clear he wasn’t really the one to focus on. 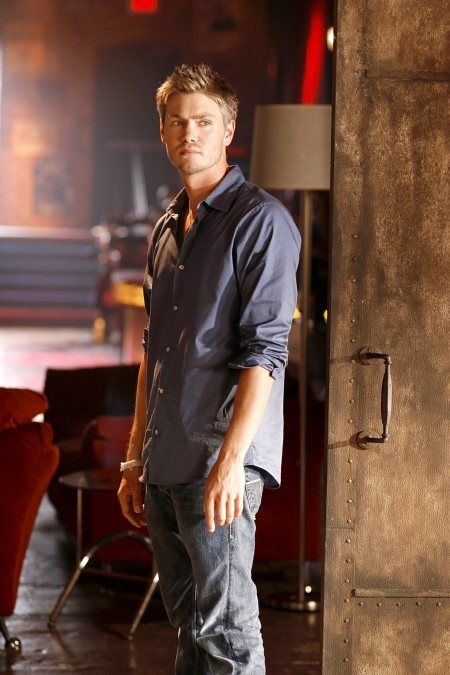 Much like Lucas, Peyton was an angsty and brooding teenager, but with much better reasons. It seems at every turn something huge and dramatic was rocking Peyton’s life and making it harder and harder for her to trust others. Despite the ridiculous amounts of trauma she went through, Peyton was a fighter and against all odds, didn’t give up on her love for Lucas which worked out in the end, but not without some further complications. It isn’t surprising that Peyton wanted to leave Tree Hill because, while it was the place of her home and friends, it was also the place of a lot of pain for the character. 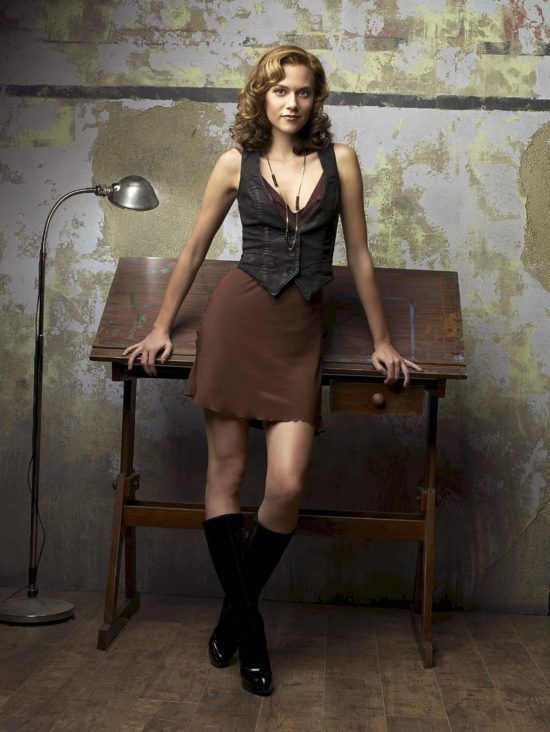 Haley James was a spectacular character who can be credited for being one of the biggest draws to the series. She was talented but not arrogant, smart and unbelievably tough through some very difficult situations. Haley was funny and a hard worker and is the reason Nathan became such an amazing man which only makes her even better. Out of all the characters, she was perhaps the most believable and one of the most relatable, which may have made her boring to some, but her importance cannot be denied. 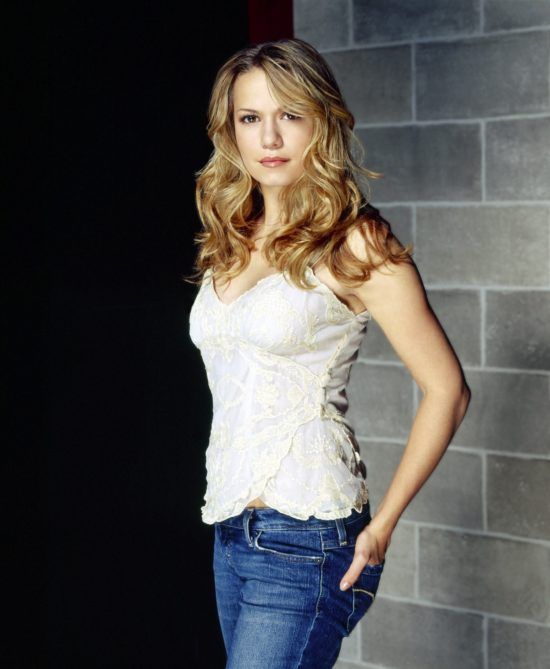 Every time Keith Scott was on-screen, fans knew it was going to be good. Right from the beginning he was easily one of the most liked characters on the show, because how could you not like Keith? He was a hopeless romantic and probably the most helpful guy in Tree Hill who could make any situation seem easy to handle when handing out advice while working on cars. His death stands as One Tree Hill‘s most memorable moment, and marked the loss of one of the show’s greatest characters and is something fans still aren’t completely over. 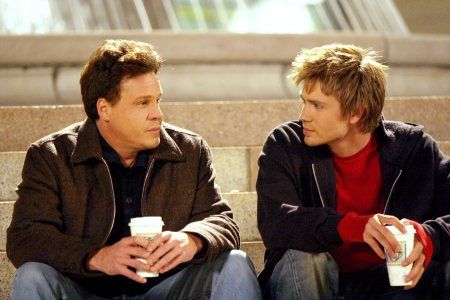 In the beginning of One Tree Hill, fans would never believe that Nathan Scott would become one of the most popular characters on the series but that is exactly what happened. Nathan Scott went through one of the best character developments on the series and in doing so became an incredible man, husband and father, and someone completely different than the Nathan Scott fans were introduced to. While he wasn’t without challenges, especially following his nearly career-ending accident, his love for his family always overpowered everything else and his endless sweet words to Haley had fans melting. 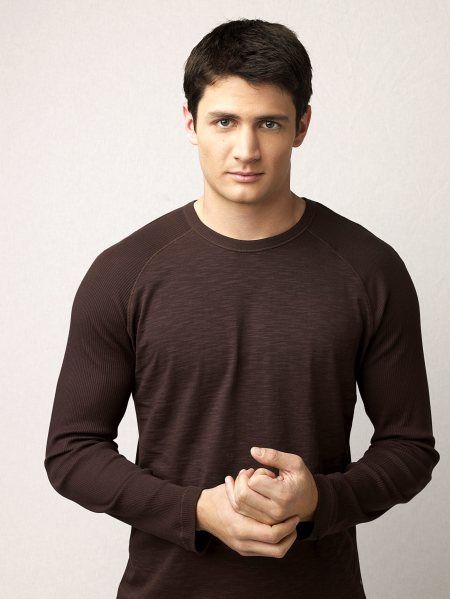 There will never be any character quite like Brooke Davis. For someone who went from the supporting best friend role to Peyton Sawyer to the lead female in the series, there is no end to everyone’s love for B. Davis. Brooke Davis was strong, smart, tough, hilarious and beautiful and also underwent a dramatic change after being introduced as the sexy, boy-crazy, outgoing counterpart to Peyton. She was the ultimate role model for young women watching the show who proved you can be successful and find happiness while remaining true to yourself. Of course, Sophia Bush’s excellent portrayal obviously has to be credited with making the character truly iconic. 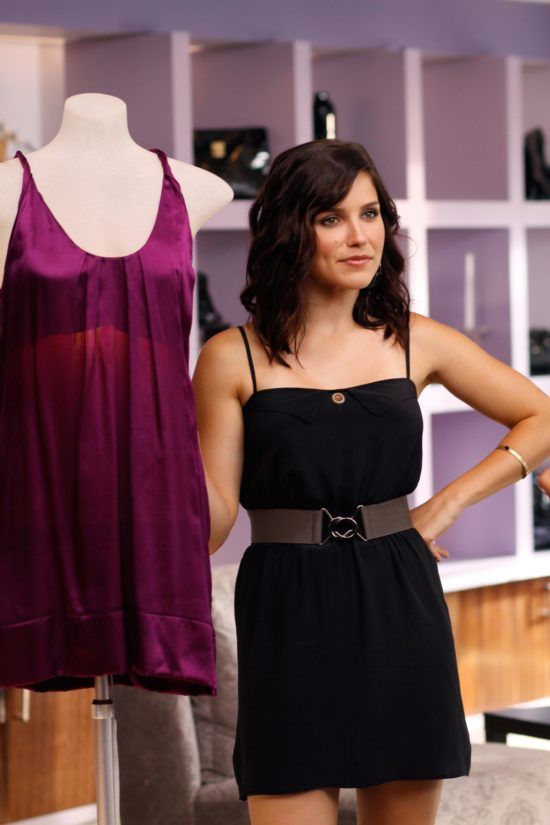 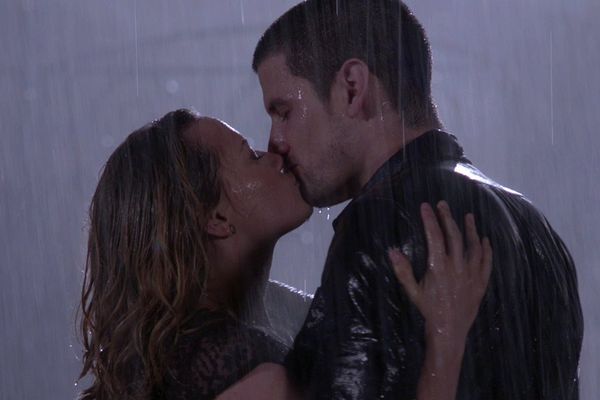