Popular Celebrities We Lost In 2020

This year we sadly had to say goodbye to quite a few notable celebrities. While many of these celebrities passed from either illness, an accident, or natural causes, some of them were quite young and left this world too soon. In honor of their memory and a life well-lived, follow along as we remember all the popular celebrities we sadly lost in 2020.

Country legend Charlie Daniels passed on July 6, 2020, at the age of 83. The star tragically passed unexpectedly due to a hemorrhagic stroke. Some of Daniels’ most memorable songs from his career include “Long Haired Country Boy” and “The Devil Went Down To Georgia.”

Kenny Rogers is another music icon that sadly passed in 2020. Rogers passed at the age of 81 on March 20, 2020. Rogers was a star that seamlessly transitioned between pop and country and is best known for some of his hits including “The Gambler” and “Islands In The Stream.”

Supreme Court Justice Ruth Bader Ginsburg sadly passed at the age of 87 from complications of metastatic pancreas cancer. Ginsburg was the second woman to serve on the Supreme Court and a longtime feminist icon and supporter of gender equality.

Broadway actor Nick Cordero passed tragically in July 2020 due to complications with coronavirus. The star battled the virus for over 90 days in the hospital. He is survived by his wife Amanda Kloots and their one-year-old son, Elvis.

Iconic talk show host Regis Philbin sadly passed on July 24 at the age of 88. “His family and friends are forever grateful for the time we got to spend with him — for his warmth, his legendary sense of humor, and his singular ability to make every day into something worth talking about,” his family said in a statement.

Conchata Ferrell, best known for her role as sassy housekeeper Berta on Two And A Half Men, sadly passed this year due to cardiac arrest complications at the age of 77. Ferrell has also had notable roles in Mystic Pizza, Buffy The Vampire Slayer, Edward Scissorhands, and Friends.

Eddie Van Halen, known as the legendary guitarist and founding member of rock band Van Halen, tragically passed on October 6 from throat cancer. He was 65.

Benjamin Keough, son of Lisa Marie Presley and grandson of music legend Elvis Presley, passed tragically this year after taking his own life at the age of 27. Marie Presley was “entirely heartbroken, inconsolable and beyond devastated,” according to her rep, but was “trying to stay strong for her 11-year-old twins and her oldest daughter, Riley [Keough]. She adored that boy. He was the love of her life.”

Sean Connery, the first star to play James Bond and one of the franchise’s most iconic stars, sadly passed this year at the age of 90. The star was reportedly unwell for quite a long time and passed peacefully in his sleep in the Bahamas.

Chadwick Boseman, best known for his roles in Black Panther and Creed, passed unexpectedly this year after complications with colon cancer. The star was just 43 years old.

Kelly Preston passed unexpectedly at age 57 after a 2-year battle with breast cancer. Preston is known for her roles in For Love of the Game, Twins, What a Girl Wants, and more. Preston is survived by husband John Travolta and their three children.

Naya Rivera passed this year at the age of 33 after going missing during a tragic boating accident. Rivera had rented a pontoon boat to spend the afternoon on a California Lake with her four-year-old son, Josey. The actor was best known for her role as the witty Santana Lopez on Glee.

Legendary Jeopardy! host Alex Trebek passed this year at the age of 80 following a battle with stage four pancreatic cancer. Trebek joined Jeopardy! in 1984 and continued to hold the title of the show’s host up until his passing.

Basketball legend Kobe Bryant passed unexpectedly and tragically on January 26, 2020, at the age of 41. Bryant passed in a devastating helicopter accident that killed nine passengers, including himself and his 13-year-old daughter Gianna. 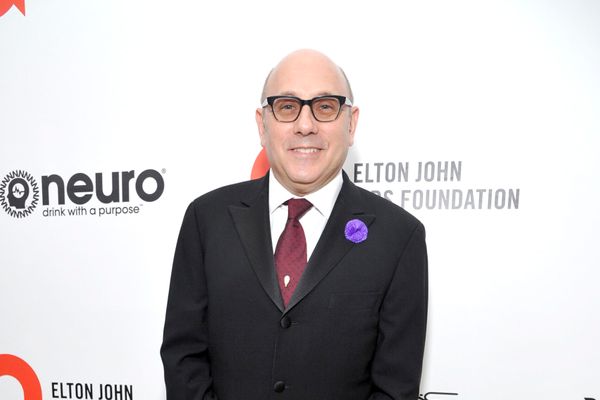