When it comes to Christmas movies, there are plenty of go-to favorites like A Christmas Story, Elf, It’s a Wonderful Life, The Santa Claus, and Home Alone and are all mandatory to watch during the holiday season. However, they’re not just the only Christmas-themed movies to watch out there. While there many amazing Christmas movies out there, there are also many of them which go unnoticed because they’re underrated. Do you know what this means? It means that you’re missing out. We’ve put together a list of the must-watch underrated Christmas movies you need to see this upcoming holiday season (or all-year-round if you’re a Christmas movie fanatic) and what they’re about below:

While The Christmas Prince took the spotlight on what Netflix holiday movie to watch, you may have missed out on Christmas Inheritance. Before heiress Ellen Langford (Eliza Taylor) can inherit her father’s business, she is required to deliver a special Christmas card to her dad’s former partner in Snow Falls, a place she’s never heard of. However, after completing her task, a snowstorm strands her at the town’s inn and is forced to work for her keep. While she’s busy working at the inn, she finds romance and discovers what the true gift of Christmas is – and it isn’t her father’s business. 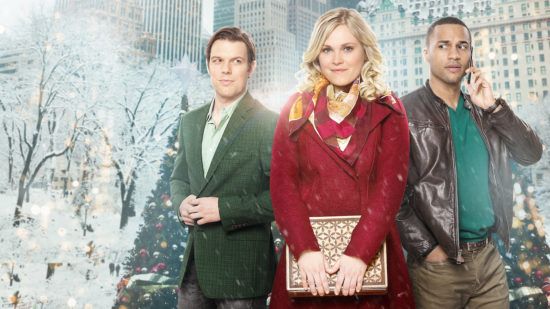 The Family Man is another take on the It’s a Wonderful Life movie theme. The plot focuses on Jack Campbell (Nicolas Cage), a single, wealthy Wall Street investment banker who lives a bachelor’s lifestyle in New York City, but one morning that all changes when Jack wakes up in a suburban New Jersey bedroom with the wife he never married and two kids. He then realizes that he is living the life he could have had if he had not gone to London for an internship and become an investment banker but instead stayed home with his girlfriend. While he desperately wishes to return to his previous lifestyle, Jack is stuck because an angel wants to teach the overly confident man a lesson. 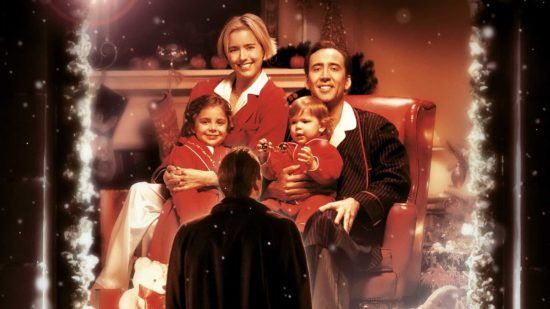 This Christmas is a Christmas story that focuses on the Whitfield family. The family’s matriarch, Ma’Dere Whitfield, assembles her family for their first reunion in four years. The majority of the story takes place in the family’s Los Angeles home. During the Christmas reunion, there are plenty of signs of strain when various secrets come to light, especially concerning one family member’s true military status, another’s debts, and the youngest’s secret plans to become a singer. The family learns to overcome numerous ordeals and obstacles during the holiday season. 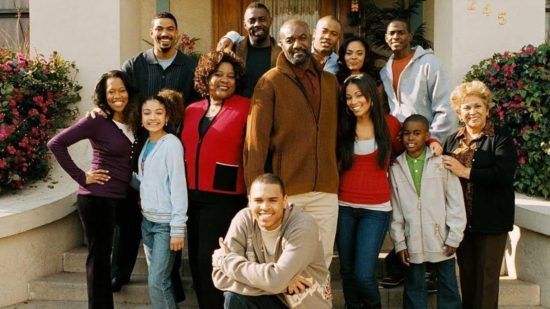 This Christmas tale is centered around con-woman Trish (Mary Stuart Masterson), and her six-year-old niece Patsy (Lauren Suzanne Pratt) make their living by picking pockets. However, when the pair try to take advantage of holiday shoppers, they run into a department store security guard named Bert (Mark Ruffalo), who catches them in the act. The store owner wants them arrested but then decides to wait until Christmas is over. To ensure the two pickpocketers don’t make a run for it, the owner entrusts their care to Bert before social services is involved. Later in the story, Trish and Patsy are given a second chance at life after their misdeeds. 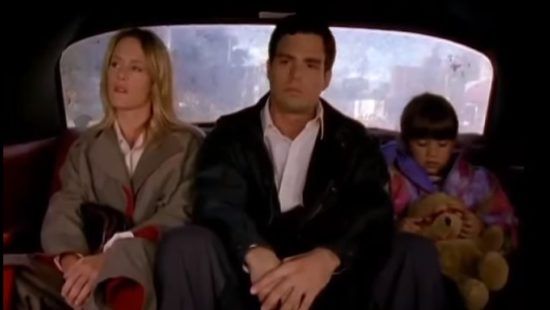 11. All I Want For Christmas

In All I Want For Christmas, 10-year-old Jesse (Jimmy ‘Jax’ Pinchak) wants this year is a new father. Although Jesse’s mother, Sara (Gail O’Grady), knows the significance of having a male role model for her son to look up to, she just can’t seem to find interest in dating again. However, after she reluctantly agreed to go on a series of dates as part of a nationally publicized contest, Sara finds herself enamored by the contest’s official chaperone, Ben (Robert Mailhouse). Despite the fact that her son already had his future father picked out, he will have to work extra hard to make his Christmas wish come true. 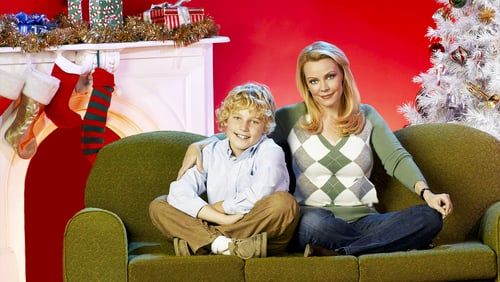 If you’re looking for a nonsensical Christmas movie, then Jack Frost may be the movie for you. Jack Frost (Michael Keaton) is a touring musician that never had much time for his wife, Gabby (Kelly Preston), and their son, Charlie (Joseph Cross). Unfortunately, Frost was involved in a tragic car accident on Christmas Day and passed immediately. A year after his father’s death, Charlie plays a tune on his father’s old harmonica and the song brings Frost back to life as a snowman on the family lawn. Given a second chance at life, Frost and Charlie overcome challenges to catch up on missed time together. 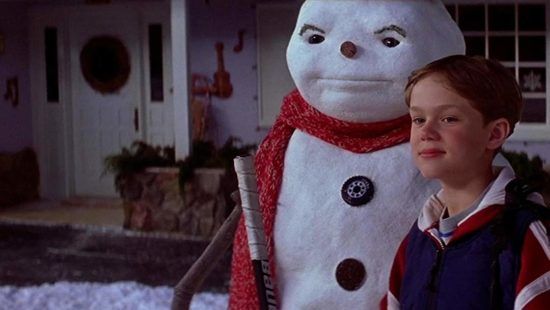 9. Christmas with the Kranks

With news of their daughter not coming home for the holidays, this holiday comedy is centered around Luther (Tim Allen) and Nora Krank (Jamie Lee Curtis) and their plan to avoid Christmas – as well as the traditions that come with it – and take a cruise in the Caribbean. However, this doesn’t sit well with their Christmas-obsessed neighbors Vic Frohmeyer (Dan Aykroyd) and Walt Scheel (M. Emmet Walsh), who are determined to win the annual “best decorated street” competition. With the Kranks trip canceled, they soon find themselves social outcasts in their neighborhood because of their lack of Christmas spirit. 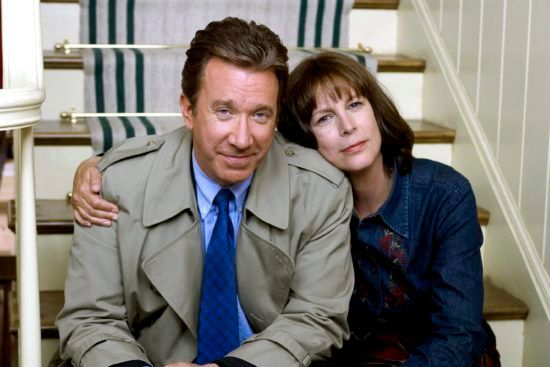 8. To Grandmother’s House We Go

If you love the Olsen twins – especially during their early acting days – then this family-friendly holiday movie might be an underrated classic you need to add to your Christmas movie list.

Just before Christmas, five-year-old twin sisters, Sarah and Julie Thompson (played by Mary-Kate and Ashley Olsen) overhear their mother, Rhonda (Cynthia Geary), tell a friend that her daughters can be a real handful sometimes and that she wishes she could take a break from being a parent. The daughters, begin to feel guilty about giving their mom such a hard time and decide to give their mom a vacation by spending Christmas with their great-grandmother instead. The twins pack their bags and sneak out. Along their way they meet Eddie (J. Eddie Peck), a delivery truck driver who has a crush on their mom and then has his delivery truck stolen by two robbers while unaware that the twins are also in the truck. The police are now looking for the missing twin sisters, the stolen truck, and the robbers. In the meantime, Julie and Sarah have yet to ditch their plan of getting to their great-grandma’s home in time for Christmas celebrations. 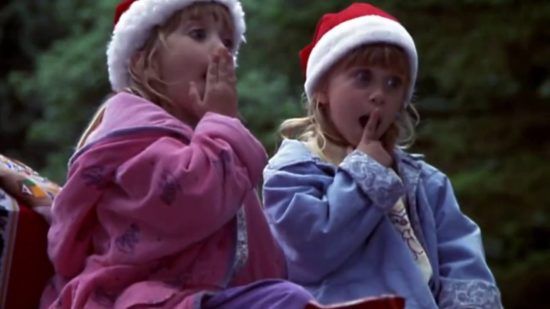 Annabelle’s Wish is a family-friendly cartoon story based on an old legend that Santa gives animals the ability to speak to each other only on Christmas. Annabelle, a calf born on Christmas Eve, sees Santa’s sleigh and dreams of becoming a reindeer and flying. The movie also focuses on the sacrifices she makes to help Billy, a mute boy who also lives on the farm. 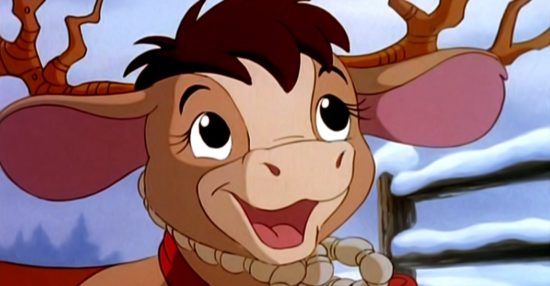 Fred Claus (Vince Vaughn) has always lived in the shadow of his younger and popular brother, Nicholas (Paul Giamatti) – also known as the real Santa Claus – and is the polar opposite of his holy sibling. Fred faces an unforeseen predicament that drags him up to the frozen North Pole to beg for his brother’s help. His brother agrees to help Fred out. However, there’s a catch. In order to get out of the situation he’s in, Fred must work with Santa’s elves during the hectic pre-Christmas period and determine who’s been naughty and who’s been nice. 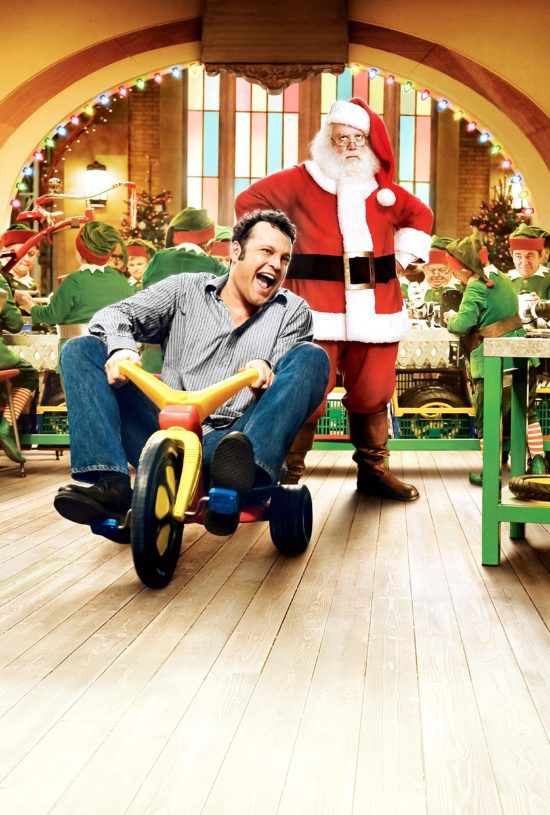 Brad (Vince Vaughn) and Kate (Reese Witherspoon) have been together three years and enjoy doing all sorts of things together with no intention of marriage or children. On Christmas morning, they’re on their way to enjoy a nice and relaxing trip to Fiji instead of visiting their two sets of divorced parents over the holidays. Unfortunately, their flight to Fiji is canceled, and a television news crew interviews them about their canceled flight, this then reveals to their families that they weren’t actually “working” a charity event. With no excuses this time, Brad and Kate must visit all four families on the same day! 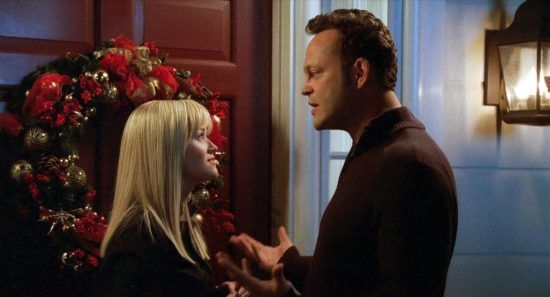 Steve Finch (Matthew Broderick) loves Christmas traditions so much that he involves his family and town. During the Christmas season, the Halls moves into the house across the street from the Finch family. The Hall family is the polar opposite of the Finch family. Unlike Steve, Buddy Hall (Danny Devito) has scammed his way through life and never followed through with anything he starts. Steve and Buddy begin to clash based on their differences. As Steve and Buddy’s hatred continues to grow, the two may threaten the joy of Christmas for everybody involved. 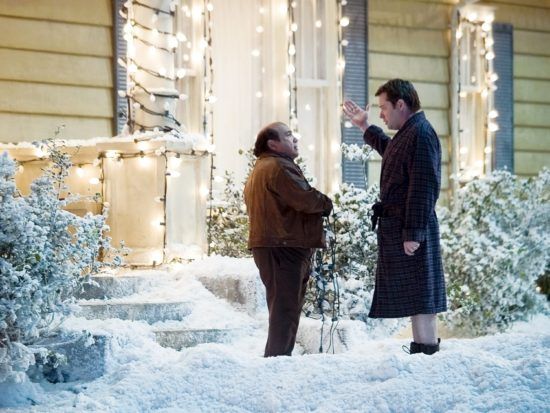 Nativity! is centered around a primary school teacher Paul Maddens (Martin Freeman) who is charged with producing the school’s nativity play. The teacher will compete against a posh rival school for the honor of the “best reviewed show” in town. In order to receive the honor, Paul began to boast about how his ex-girlfriend Jennifer (Ashley Jensen), a Hollywood Producer, will come to see his show and her plan to turn it into a movie. The issue with this plan – Paul and Jennifer haven’t spoken in years. Paul must now work hard to get back in touch with Jennifer and bring Hollywood to town so that everybody’s Christmas wish can come true. 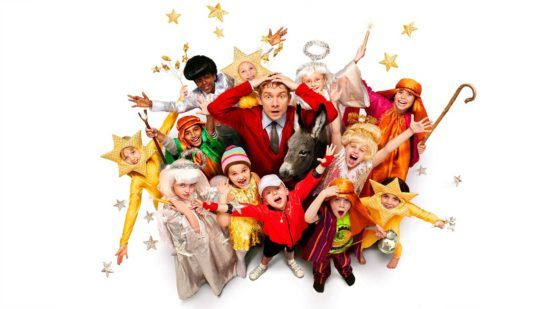 Chris Brander (Ryan Reynolds) has always been friends with Jamie Palamino (Amy Smart) but decides he wants to take his relationship to the next step after graduating from high school. The problem is that Jamie still wants to be “just friends” with Chris. During their graduation party, Jaime’s ex-boyfriend reads Chris’ yearbook message to her out loud. Embarrassed and upset about the entire thing, Chris runs away and moves to L.A. He then becomes an attractive music manager, whom everyone wants to date. When his jet catches on fire and forced to land, he ends up back in his hometown and spends the holidays there with his singing sensation, Samantha James (not exactly by choice). To his surprise, he re-encounters Jamie, and sets out to be more than ‘Just Friends’ this time. 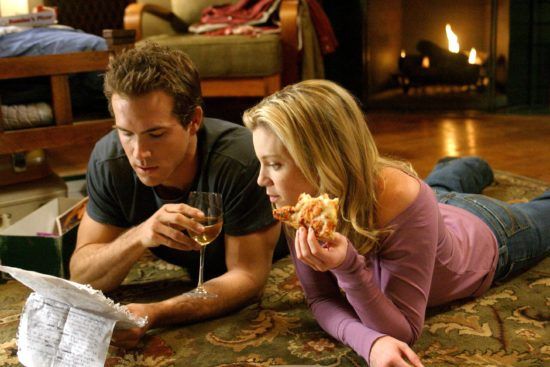 You’ve probably heard about all the jokes surrounding Die Hard being a Christmas movie, well it is one, but it’s also an underrated one.

NYPD cop John McClane (Bruce Willis) takes a Christmas vacation to Los Angeles to visit his wife Holly (Bonnie Bedelia). While they are at his wife’s company headquarters for a Christmas party, a group of robbers commanded by Hans Gruber (Alan Rickman) take over the building and hold everyone at the holiday party hostage – except John – as they plan to perform a lucrative heist. Powerless to escape and with no immediate police response, John takes matters into his own hands. 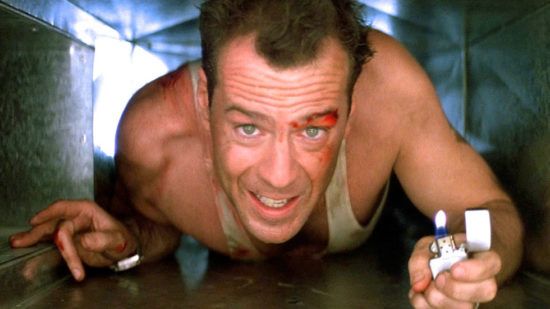 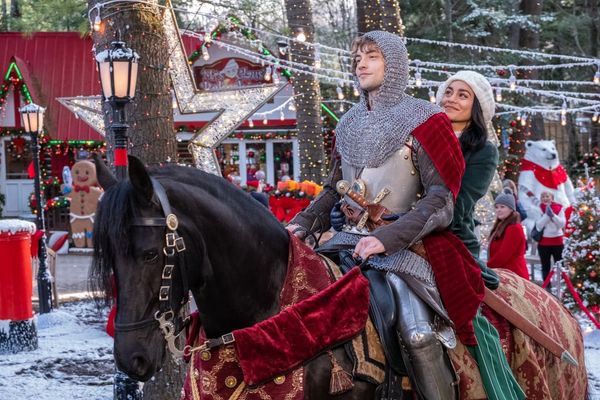