Tayshia Adams took everyone by surprise when she stepped in for Clare Crawley mid-season on The Bachelorette! This season truly ended up being one of the most shocking yet after Clare got engaged to Dale after just four episodes, but according to Reality Steve, there’s still much more drama to come with Tayshia’s portion of the season. He shared that while it’s been more difficult to get spoilers without having dates outside the resort and getting tips sent in, he does have a confirmed final four and a winner for Tayshia’s season!

For those who can’t wait and want to get a head start on season 16 of The Bachelorette, follow along as we reveal and breakdown Tayshia Adams’ final four that you should keep an eye on, along with who ultimately receives her final rose.

According to Reality Steve, contestant Brendan Morais makes it to the final four but eventually decides to leave on his own. His family was the only one of the final contestants who didn’t show up for hometown dates. Additionally, Brendan is recently divorced and just finalized his divorce over a year ago. Reality Steve assumed his recent divorce played a major role in why Morais decided to go home and he likely realized he wasn’t ready to jump into another engagement. Reality Steve also confirmed that out of the final four, Brendan is the one who Tayshia had her heart set on to give the final rose to and becomes quite distraught when he eliminates himself.

Ivan Hall is another frontrunner of Tayshia’s season who makes it to the final four. Reality Steve shared that he has photo evidence of Hall dressed up on set late in the season, which confirmed he needs to be at least in the final three. If you’re unfamiliar with Hall, he’s a 28-year-old aeronautical engineer from Dallas, Texas. Reality Steve also confirmed that while Hall is in fact in Tayshia’s final four, he does not make it into her final two.

Ben Smith is another contestant who makes it to Tayshia’s final four and Reality Steve has speculated that he makes it into her final two as well. Smith is a 29-year old army veteran from Venice, CA. Tayshia and Ben definitely have a strong connection, but Tayshia ultimately feels that he didn’t open up to her enough to receive her final rose.

Lastly, Zac Clark makes it to both Tayshia’s final four and final two, and according to Reality Steve, he is also the one she gives her final rose to. Zac is a 36-year-old addiction specialist from Haddonfield, NJ. Reality Steve shared that Clark opened up the most to Tayshia and made her feel the most confident in their relationship by professing his love. He shared that while Tayshia did give her final rose to Zac, he added that the two did not get officially engaged on the show. As to where they stand now? That’s still uncertain and something you’ll have to wait to hear from Tayshia herself on After The Final Rose. 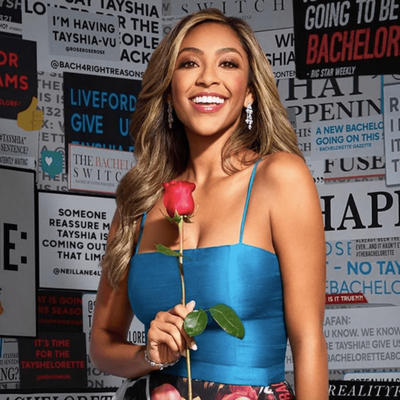