When word spread that The CW was creating a show based on the beloved Archie Comics, we were all super excited. Riverdale immediately became one of the most buzzed about new shows. There was a lot of pressure on the actors and show creators to live up to all the hype, especially while recreating something that’s already so cherished among fans, but Riverdale did not disappoint! As we wait for season three, check out these 12 behind the scenes secrets about the show:

12. How Riverdale Came To Be

The man behind it all, Roberto Aguirre-Sarcasa, the executive producer and writer for Riverdale, told Empire Online about his long road to getting this show off the ground. “I spent maybe 10 years writing Marvel Comics, but I always wanted to write an Archie comic. So I stalked the CEO and publisher at New York Comic-Con maybe four or five years ago, and I said I need to write an Archie comic book. It’s a major bucket list thing. And then we started working from there. I’d done a bunch of TV stuff, I worked on Glee for three years, Big Love for three years, and he said, ‘Would you ever be interested in doing a live-action Archie?’ I was, like, ‘Yeah, that would be a dream come true.’ So we started trying to make that happen. It’s been a long journey, I think we’ve been working on this for three or four years,” said Aguirre-Sarcasa. 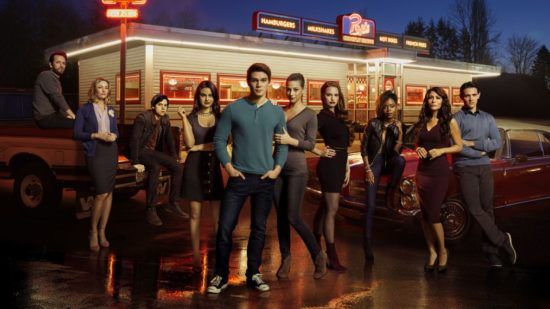 Not only does KJ Apa not have an American accent by nature (he’s actually a Kiwi), but he’s also not a redhead! He had to spend a lot of time in the salon bleaching his hair to get it to that perfect shade of red. “I had one day in the salon. It took about 10 hours. I was sitting there going back and forth to the sink. They had to gradually get there. They couldn’t go full out at the start in case they screwed it up. It was all bleach. They got the formula. So, there is a formula now. I’ve had a few different artists who’ve been doing my hair. I get it bleached every two weeks. It’s sore. I don’t enjoy it and I’m there for too long. Yeah, it sucks,” said Apa in an interview with Access Hollywood. 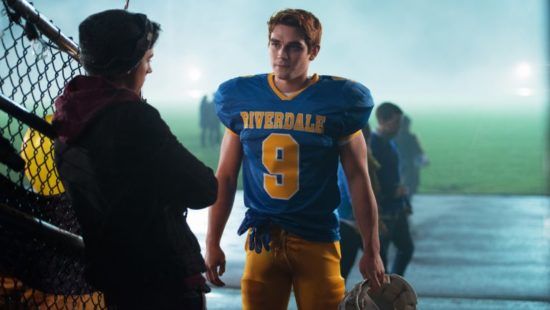 In an interview with KJ Apa, also known as Archie on Riverdale, he revealed what the best and funniest episode was to film for season 1. “Episode 10 for sure. The party stuff and Jordan Galloway who plays Chuck. You kind of had to be there, but it was pretty, we were shooting really late at night, it was about 5 in the morning. He grabbed a big bag of popcorn during all the dancing scenes, he ran straight up to the stage, you can get up onto the roof and stuff and he just tipped it out on everyone as they called ‘Cut!’ which probably wasn’t the best idea. He got into a bit of trouble for that I think,” said Apa with a laugh. 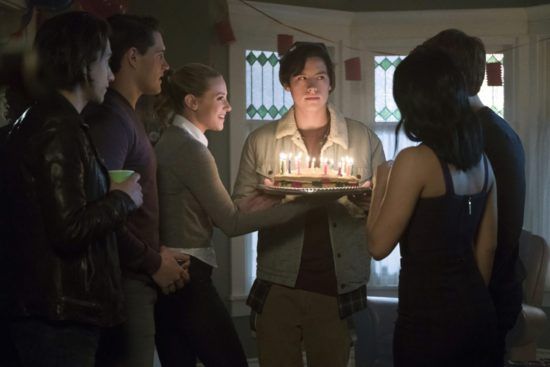 The two lead actresses on Riverdale met on set, and while it might have taken them a while to warm up to each other, they have formed a close friendship that translates off-screen. “Our friendship wasn’t instant. We both come from such different backgrounds that I think it took us a while to find some common ground. But once the walls came down and our inner goofballs began to reveal themselves, we were unstoppable, and now it’s almost like we speak our own language,” said Mendes in an interview with J-14. Reinhart also chimed in and said Mendes has helped her come out of her shell: “Friends push each other to leave their comfort zones, and Camila has definitely encouraged me to come out of my shell in social situations. She’s a social butterfly and I’m more introverted. It’s a good balance.” 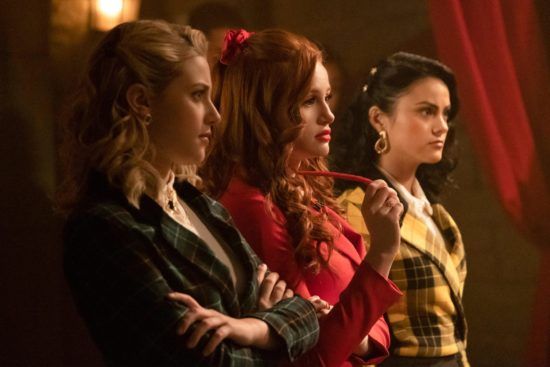 Even though Archie is the main character on the show, he was the last to be cast. According to executive producer Roberto Aguirre-Sacasa, Apa was slotted in at the last minute. “I came to L.A., and it was my first audition. I went in there and did it, and it was just like any other audition. And then, I got called about two weeks later to play the same character because they obviously hadn’t found him yet. […] They called me back for a screen test, a couple weeks later. And then, I did another screen test. Then, I got cast,” he said. At this point he was getting so frustrated because he just wanted the role, so for his final screen test, he pulled out all the stops! He hauled in his guitar and played them a song! 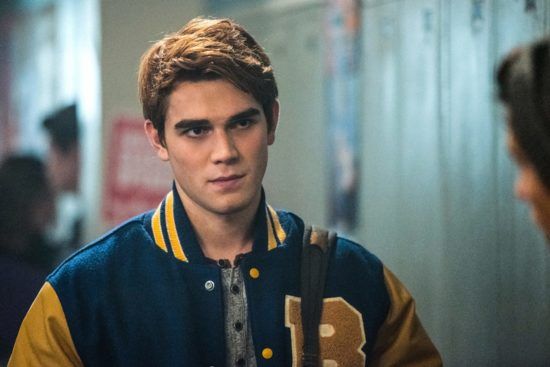 In the season 1 finale, Cheryl falls into the ice-covered river and becomes trapped under the ice. To save her from drowning, Archie runs out onto the ice and starts punching it to break a hole for her to get out. He ends up saving Cheryl, but in reality, KJ Apa broke his hand filming that scene! When the episode aired, Lili Reinhart gave him a shout out on Twitter and said: “Round of applause for @kj_apa. Broke his hand during that scene. #riverdale.” 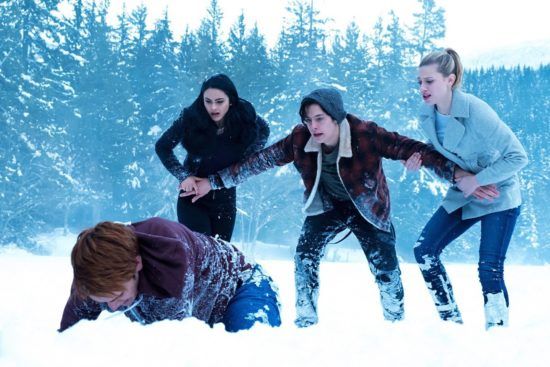 6. A Long, Drawn out Audition for Veronica

Camila Mendes audition for the part of Veronica was extremely long and labored. Her audition process lasted a whopping six months and required her to fly back and forth into L.A. for numerous screen tests. “It was a whole process behind it that was literally killing me. I couldn’t sleep. I would wake up and cry. I just graduated college, too, so I was really anxious about working. I was like, ‘Either this is going to change my life and be this whole journey that I’m about to embark on, or I’m just going to go about doing my daily stuff and it’s going to feel like sh-t because it’s really going to be sad.’ […] Normally, it’s two months, but this was six months, while they were looking for all these characters. I think it’s because it was such a responsibility to make sure it’s right,” said Mendes in an interview with Collider. 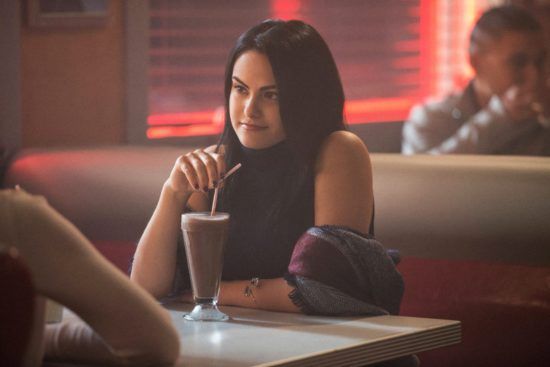 5. Funniest People to Film With

KJ Apa told MTV that there aren’t too many shenanigans on the set of Riverdale because when they’re filming they’re really good about getting down to business, but the two funniest people to film with are probably Luke and Cole. “But, the funniest, ah, probably Cole and Luke. Luke is pretty funny on set. It’s sometimes hard to keep a straight face when you’re working with those two,” said Apa. 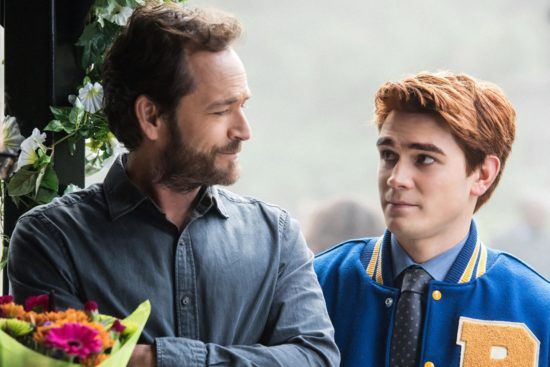 In an interview with Collider, the cast members were asked about their close friendships on set. Lili Reinhart pointed to one in particular: “When we all got to Vancouver and first started hanging out, it was immediate closeness. We all immediately felt connected to one another. I live with Madeline [Petsch], who plays Cheryl. You can’t fake the closeness that we have. We’re so lucky to have that because not a lot of people have that with their castmates. I get to work with my best friends, every single day. While we were filming the pilot, we were like, ‘No matter what happens with this show, we’re all going to be friends, for a really long time.” 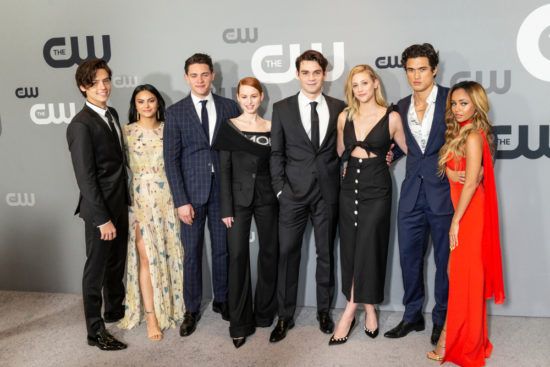 In a Reddit AMA session with Cole Sprouse, one user asked what the significance was behind Jughead’s crown beanie. Surprisingly, Sprouse had already researched the answer to this question! He said: “[I] did a lot of research on the cap when I first got the part. Here’s a great little video that does a better job than I could explaining it.” He then shared a video by comic book YouTube channel NerdSync which said the style of hat is called a “whoopee cap,” and was popular among young adults when Jughead was first introduced into the comic world back in 1941. According to the video, factory workers used to wear brimless beanies or invert fedoras and chop off their brims to help better their eyesight while working. These hats would then get passed down to their children, and quickly became trendy within the younger generation! 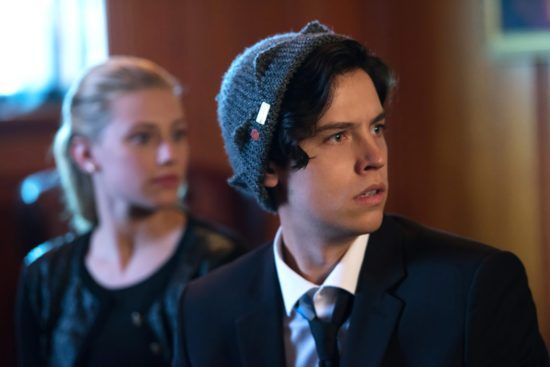 2. Madelaine Petsche Thought She Was Auditioning for Betty

Madelaine Petsche plays the role of Cheryl Blossom and she does it perfectly! But like many other actors who were cast, it wasn’t the role she’d first auditioned for. She met casting director David Rapaport during an audition for Legends of Tomorrow in late 2015, and instead of casting her for that film, he brought her over to Riverdale. “He brought me in for Betty Cooper on Riverdale a week later to meet producers,” said Petsche in an interview with Glamour. “He said, ‘You’re obviously not auditioning for Betty; it’s for another part that I can’t tell you about yet. You look exactly like I imagine her to look, and you’ve got the presence.’ So, they pinned me for the role after they met me for Betty, for four months.” 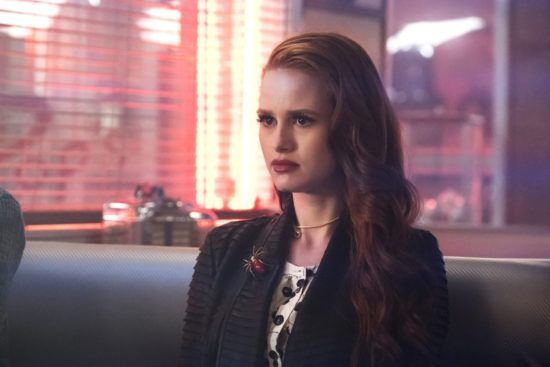 1.  Why They Called it Riverdale

In an interview with Empire Online, executive producer and writer Roberto Aguirre-Sarcasa said they decided to call the show Riverdale instead of Archie because they wanted to make a clear distinction between the comic books and the show. “By calling it Riverdale, we could bring in all the different characters and all the different points of view. For instance, Josie And The Pussycats, who are huge Archie characters, they are in Riverdale. We thought that there needed to be a little bit of an engine more than just a coming of age story,” he said. 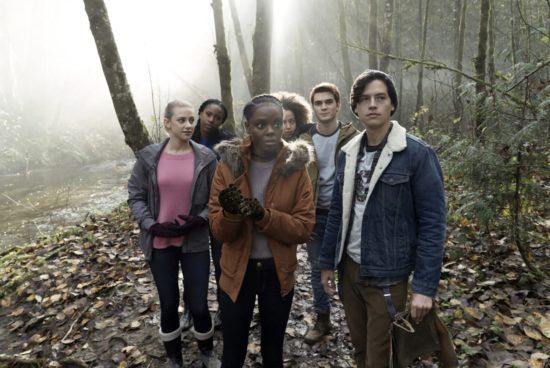 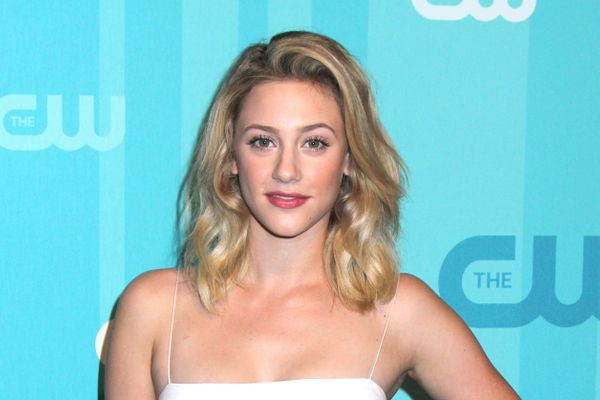