Soap Opera Couples Who Should Never Get Back Together

Soap opera fans tune into their daily shows for a dose of drama and romance in the afternoon. We all have our favorite super couples, the ones we’ve watched fall in love and overcome the odds. Audiences also have their least favorite couples, those duos who seem toxic together or simply don’t “click.” As such, below is a list of soap opera couples who should never get back together.

Liam acts as though Steffy is the great love of his life when Hope isn’t around. But whenever Brooke’s daughter returns to LA, Liam tosses Steffy aside like she’s a piece of chopped liver. Many fans are also sick and tired of the Triangle Of Doom and are hoping that Lope’s recent wedding and Steffy’s new man Finn will put an end to this love triangle once and for all. Although Steam used to be a popular couple, most viewers agree they should never get back together and are much better as friends, co-parenting their daughter Kelly.

Vivian has always been obsessed with Victor, and in years past she tried to do just about anything to be with him. Sadly, the love wasn’t mutual, even though these two have been married in the past and have had affairs. Should they get back together someday? Unless Maggie passes on, there really would be no reason for Victor’s eye to wander in that direction.

Speaking of Drew, while he’s thought to be a goner, there is a good chance he could re-appear on canvas at any time. Most JaSam fans would agree that it would be best if he stays away from Sam. After all, it’s clear that her heart belongs to Jason Morgan.

These two were popular when they were together, but Wyatt has dumped her twice now since his high school sweetheart Flo showed up in LA. The last time he ditched her, it was too much for Sally to take. She manufactured a lie that snowballed out of control, pretending she was fatally ill so she could win Wyatt back. If Wyatt and Flo ever break up again, it would be in Sally’s best interests to never reunite with him.

It was an interesting plot twist in 2019 when DOOL fans jumped a year ahead and found that Kayla and Justin were a couple. They hopped out of the friends’ zone and into romance after Adrienne passed away and Steve skipped town. With that said, once the truth around Johnson’s disappearance surfaced, it was clear that Kayla’s heart belonged to Steve. In many ways, watching them together just felt so wrong.

How many times has Nina taken Valentin back, despite his wrongdoings? While Valentin remains persistent, Nina should keep her distance. Even if things don’t work out with her and Jax. Valentin does love her, but his lies and deception have created a wedge between him and Nina over the years. It would be great if he could just move on.

Although Steffy and Bill have an off the chart chemistry when they’re together, they are also poison to each other. Steffy always ends up miserable when she has a tryst with the Spencer magnate. The first time they were together, Bill dumped her to stay with Katie and Steffy almost drowned in her bathtub. Then when she was upset that Liam had kissed Sally, she slept with Bill, which led to the end to the worst heartaches of her life. Liam found out about it and their relationship was done for good.

Whenever Belle, Shawn, and Philip are all in town at the same time, Days decides it is time to rehash their love triangle from decades ago! Everyone has since moved on, so why is it that Shawn still has a tinge of jealousy when it comes to Philip? Belle and Philip have tried to make it work in the past, but at the end of the day, she always chooses Shawn, so what’s the point?

They had a solid romance in the land of GH; however, the plot twist that led to their breakup has been far more interesting than the romance itself. There’s an interesting story brewing between Michael and Willow right now, and it would be fun for them to explore the idea of a relationship. Perhaps it’s time for them to turn their “paper” marriage into something more.

Thomas and Hope were married for about two days last summer and the marriage was never consummated. But even so, once she filed annulment papers, Thomas continued to be fanatical about winning her back. Hope was never interested in him romantically and only agreed to marry him in the first place to provide a stable home for his son Douglas. This couple should never get back together for Thomas’ sake. He needs to forget about Hope and move on with his life with a woman who loves him.

Rafe and Sami had quite a love affair from about 2009 to 2012. In fact, it seemed that Rafe was the fresh-face Sami needed to get over her troubling past and failed relationships with E.J. DiMera and Lucas Horton (just to name a few). Sami did cheat on Rafe, and in many ways, her scheming and manipulation placed a wedge in the relationship. With Sami in and out of Salem on the regular, could these two rekindle their old flame? That’s a hard no. She hurt the handsome cop so much during their time together, and he deserves some happiness.

Hayden’s half-sister Liz has had plenty of romances during her time on GH. While she is hooked up with Franco right now, she’s always had a connection with Jason Morgan. Not only is he the father to Jake, but the two had a pretty strong bond at one point in time. Despite this, many GH fans feel that JaSam make a much strong couple than Jason and Elizabeth. Whether that is true or not, the fact is that lies tore Liz and Jason apart, and trust would be a major issue if these two decided to hook up again.

Now that Katie has dumped Bill again, for recently sharing a kiss with Brooke, it seems likely that Brill could be headed for yet another reunion. But should they get back together? These two have caused a lot of heartache for others in the past, especially Brooke’s sister Katie. Brill has been on and off again for years and when they actually did tie the knot, the marriage only lasted a matter of months, proving these two should never get back together.

Nicole has evolved since her gold-digger days, but there was a time when all she cared about was money. No one was wealthier in Salem than the infamous Victor Kiriakis and a creepy relationship was born. The two even got hitched at one point, with Nicole scheming to get rid of Victor and become a wealthy widow. Sadly, there was no love in this relationship at all and Victor soon came to realize this. Thankfully, he has moved on to a better half in Maggie Horton. Nicole has moved on too, turning her back on her scheming ways, and is now trying to live a good and decent life in Salem.

Back in 2014, the concept of Franco and Carly hooking up seemed like such a great idea (on paper). They were both good looking, interesting characters, and considering their histories together, the two falling in love seemed like such a solid story and romance. But when these two did eventually make it to couple status, they lacked chemistry and that certain something together. Franco is so much better suited for Elizabeth, and even though they break up so much, Carly will always end up in Sonny’s arms at the end of the day. 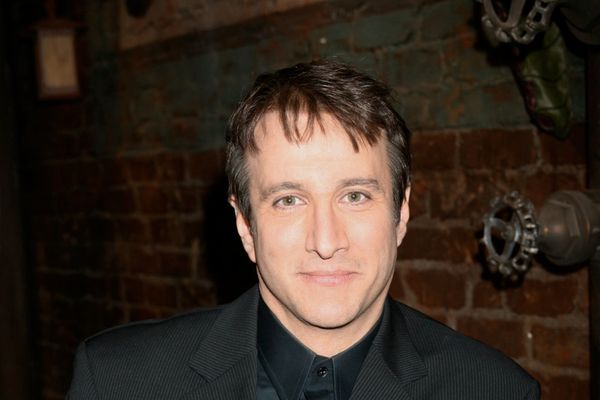