While fans adore their favorite soap opera shows and stars, daytime drama actresses and actors don’t get paid as much as their primetime peers. Despite that, there are some veterans and long-time talents that have been able to earn a pretty good living and accumulate some substantial wealth. Then there are those stars that have earned some decent money, but still seem like they should be making more because of their hard work and talent. Below is an overview of some soap stars with surprisingly low net worths.

Estimated Net Worth of $2 Million. A two-million-dollar net worth is nothing to sneeze at; however, considering how long Eileen Davidson has been in the land of soap operas (over 40 years now), and the fact that she’s held iconic roles on both the Young and the Restless and Days of Our Lives (not to mention Bold and the Beautiful), her net worth seems like it should be more. Mix in other projects like The Real Housewives of Beverly Hills, and her net worth of $2 million makes even less sense!

Estimated Net Worth of $2 Million. One of the most popular characters within Salem is undoubtedly John Black; however, considering he’s been on the show (on and off) for about thirty years and is such a fan favorite, his net worth of $2 million isn’t as comparable as other daytime drama veterans on his level within the industry.

Estimated Net Worth of $2 Million. The same can be said of Maurice Benard, who plays Sonny Corinthos on General Hospital. He’s played the mob boss for over twenty-five years now and continues to be a pivotal player on the show. To boot, Benard has also had roles in films, more recently a small part in the movie Joy, and played John Gotti for a Lifetime Movie called Victoria Gotti: My Father’s Daughter.

Estimated Net Worth of $1 Million. A $1 million net worth is certainly nothing to be embarrassed about in the least; however, actor Brandon Barash is a hot commodity in the daytime drama world right now, so it is a bit surprising he isn’t worth more. He’s had roles on the primetime hit Gilmore Girls, as well as the soap opera General Hospital, and currently plays Stefan DiMera on Days of Our Lives.

Estimated Net Worth of $1.7 Million. Maitland has had a very steady gig at the Young and the Restless, playing her Traci Abbott role since 1982. While she has been a recurring character over the years, Maitland has been busy during her “time off,” working on The Bold and the Beautiful in 2007, as well as snagging roles within film work like Mr. Holland’s Opus and Plaza Suite. Beth also dabbles in voiceover work.

Estimated Net Worth of $1.5 Million. General Hospital fans are just getting to know Cynthia, recently recast into the role of Nina Reeves; however, Watros has been around the primetime and daytime television block more than a few times. She held roles on smash TV hits like Lost, The Drew Carey Show, Titus, and has held pivotal parts in soaps like Another World, Guiding Light, as well as The Young and the Restless.

Estimated Net Worth of $1 Million. Ridge may be living the high life within the L.A. fashion scene, but actor Thorsten Kaye may be a little humbler than that with a net worth of $1 million. Kaye has been on the show since 2013, but is no stranger to the land of daytime drama, working on soaps such as One Life to Live, Port Charles, and All My Children.

Estimated Net Worth of $1 Million. Playing Jasper Jacks on General Hospital for decades now, soap opera fans may be taken aback that Ingo Rademacher has a net worth of only $1 million. The actor has also had stints on primetime shows like Clueless, Dancing With The Stars, and Hawaii Five-O. Plus, before returning to Port Charles in 2019, Rademacher also had a role on the Bold and the Beautiful.

Estimated Net Worth of $500,000. Highly talented and incredibly stunning, Lauren Koslow can be considered a veteran of the soap business, with a tenure in the industry that spans about 35 years. She has been playing Kate Roberts on Days of Our Lives for over twenty years but has also had roles on The Young and the Restless, as well as The Bold and the Beautiful.

Estimated Net Worth of $500,000. No matter what he’s doing or where he is, Franco Baldwin always seems to manage to squeeze himself into any major General Hospital storyline! Before Roger landed in Port Charles, Howarth had major roles in other soap operas like the Guiding Light, Loving, One Life to Live, and As the World Turns.

Estimated Net Worth of $300,000. Not exactly a veteran of soap operas, but one could say that actress Jacqueline MacInnes Wood is a major player in daytime drama, with a high-profile and pivotal role within The Bold and the Beautiful portraying Steffy Forrester, which makes her net worth a little surprising. Wood has also had roles in television movies (Disney’s Skyrunners and MTV Original Turn the Beat Around), a well as a feature film, playing Olivia in Final Destination 5.

Estimated Net Worth of $200,000. Mary Beth Evans not only plays one of the most iconic soap opera characters on Days of Our Lives today, but she also happens to currently still be a huge fan favorite among viewers, and her character Kayla’s super couple relationship with Steve still has audiences reeling. Her net worth is pretty decent, but it is surprising considering her tenure on Days, as well as work outside the soap, with major roles in General Hospital, Port Charles, and As the World Turns over the years. 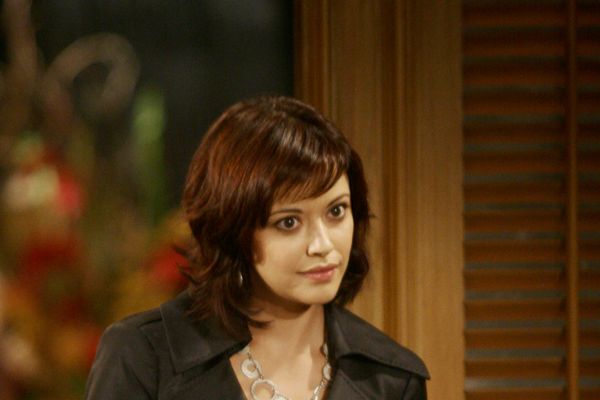