Every soap opera fan has their favorites, whether its a show, couple or character. They also have favorite moments of daytime drama past and, boy, there are plenty of memories and storylines to choose from! There are so many scenes that are forever etched in the minds of any avid soap fan — here’s a look at some of the most iconic moments in soap opera history.

While most Y&R viewers knew that Neil was not the father of Lily for years (even before she was born in 1996), the truth in Genoa City hadn’t come out until 2005. There was a major buildup to a secret reveal (literally) years in the making. When all was said and done, the truth changed little between Lily and Neil, and he continued to play a major role in her life as Dad #1.

Having hated her for years, Stephanie had finally forgiven Brooke for all her offenses against the Forrester family. When she found out her lung cancer had returned, she refused treatment and instead celebrated her life. Stephanie went to Big Bear cabin to live out her last few days. She went for a walk with Brooke, sat on a bench and Brooke sang to her as she took her last breath in this iconic 2012 episode.

It seemed like the end of an era at the time. Hope would end up shooting Stefano DiMera in early 2016, and with actor Joseph Mascolo announcing his retirement, DOOL fans naturally thought that the show was looking for some finality around the character. Stefano being shot at – point-blank – seemed so impossible, on so many levels, so the entire seen not only took fans aback, but also seemed so surreal. Alas, DiMera would “return” not once, but twice, proving that the man doesn’t have nine lives … seems more like he has 12 lives at this point.

The storytelling around this situation was phenomenal, with a major explosion that hit, and the events unfolding around how it all came to be. That boom at the beginning is just as iconic as everything that happened during the Metro Court crisis, from losing Alan to Robin being shot, and Jerry Jax wreaking havoc on everyone caught in the crossfire.

What would the land of Genoa City be without Nikki and Victor? They are truly an iconic super couple and although they break up a lot, they always manage to come back together. They initially hooked up in the early 1980s, and their first set of ‘I dos’ in 1984 was certainly an affair to remember with all the “who’s who” of the town attending.

In a plot to annoy Taylor and Stephanie, a lingerie-clad Brooke flaunted herself on a bed in front of the press. She was launching her Brooke’s Bedroom line to the media in 1998, informing them the line would be she and Ridge’s legacy. Hoping to cover her up, Stephanie walked towards the stage with a bedsheet but ended up falling on the bed and the two women flailed around, while the press took photos.

One cannot even utter the words ‘Days of Our Lives’ without immediately thinking about the storyline that involved heroin Dr. Marlena and the Devil. She was possessed by him at one point in time, but thankfully love interest John Black was once a priest, so he was able to rid her of her demonic woes. Only in the land of soap operas!

Jason’s adoptive sister Emily played a huge role in GH and was one half of a super couple on the soap with Nikolas Cassadine. That’s why it was so unexpected in 2007 when Emily passed on, thanks to the Text Message Serial Killer. What was even more bone-chilling was the iconic scene of her lying there in the middle of the Black and White Gala, as a devastated Nikolas looked on in horror.

12. Y&R: Vicky Gets Arrested On Her Wedding Day

Victor’s rivalry with Jack spilled onto Billy when the youngest Abbott sibling began to fancy the Moustache’s daughter, Victoria. Vicky ignored her dad’s warnings about Billy and continued to pursue a relationship with him, where the two even headed to the altar. Victor was outraged, and the controlling side of him wanted to ensure these two never made it to their ‘I dos.’ In 2010, when Vicky and Billy decided to get married, Victor organized his own daughter’s arrest on her wedding day! The silver lining was that Victor failed to stop the wedding, but Vicky spent her wedding night in jail rather than with her new husband.

In 2016, Deacon thought he was in on a plot with Quinn to do away with Liam. Instead, she lured him out to a cliffside and then pushed him off. In an almost identical shot to Ridge’s plunge into the Persian Gulf two years earlier, the stunned look on Deacon’s face as he plummeted towards the water, with his arms flailing about, was classic B&B.

One of the most iconic moments and a huge milestone for the LGBT community was when Will Horton revealed he was gay. There weren’t many same-sex relationships on daytime dramas then, so his story was pretty ground-breaking. Will and Sonny Kiriakis had a beautiful romance that defied gender stereotypes. It also broke down barriers and proved to soap opera audiences everywhere, that same-sex relationships go through the same drama as heterosexual ones.

9. GH: Robin Finds Out She Has HIV

As mentioned, Robin grew into a beautiful and smart young lady who eventually fell in love with her first boyfriend, Stone. Sadly, Robin would later find out she contracted HIV from her first love. GH fans were shocked in 1995, and it seemed like the character was on borrowed time. Thankfully, over the years, Robin has been able to maintain a very normal life (health-wise that is), becoming a doctor, wife, and mother. The entire storyline shed a tremendous amount of light on this terrible illness and helped increase awareness about the disease.

Iconic moments can come in all shapes and sizes; however, but not all of them are happy occasions. Sadly, the passing of Cassie Newman in 2005 was a tragedy that forever changed the landscape in Genoa City. She was involved in a car accident and while in the hospital (with both Sharon and Nick at her side), fighting for her life, she prophesied the couple would have another little girl, right before she passed away. There wasn’t a dry eye in the house that day for Y&R fans, and when the memory clips or reruns air to this day, many people still shed a tear for the terrible circumstance these parents had to go through.

Liam and Hope thought their baby girl had been stillborn. What they didn’t know was she had been kidnapped by Hope’s doctor Reese and sold to Steffy. Months went by where it seemed everyone in LA knew that Steffy’s adopted daughter Phoebe was Beth, but no one told Lope or Steffy. But thanks to Douglas, the truth finally came out. “Phoebe is Beth,” he told Liam. And fans finally saw a classic scene in which Liam sprinted into Steffy’s nursery and took his daughter out of her crib. “Da Da,” Beth said. “Yeah, I’m your Da Da,” Liam replied, as tears streamed down his cheeks.

Amidst lower ratings in the early 2000s, DOOL writers decided to stir the pot with an interesting storyline that saw many long-time and beloved characters get axed. Who could the serial killer be? Fans were shocked to learn that it was Marlena Evans, DOOL’s resident heroine. The good news (on multiple levels) ended up being that Evans was not the one behind it, and all these characters were alive and well, living their best tropical life on an island that Stefano had them sent to.

Ever wonder why the Cassadines hate the Spencers so much? Long-time GH fans know this question, and the rivalry was born in the early ‘80s. After Luke and Laura successfully overthrew Mikkos Cassadine’s scheme to rule the world by freezing it, Helena paid them a visit on their wedding day and placed a curse on the two. Alas, the two families have never gotten along since.

Brad Carlton was a staple in Genoa City for over two decades which is why it was such a shocker when the character passed away in 2009. Not only did Carlton pass away drowning in a frozen lake pond trying to save Noah Newman, but his death was so final that fans knew he would not be returning anytime soon. It was such a devastating episode for many Y&R viewers and changed the dynamics of the show moving forward. That moment when it was revealed that Brad was under a sheet of ice within the pond where he heroically saved Noah is still considered bone-chilling to this day.

In perhaps the most iconic B&B episode of all time, Maya’s secret came to light, and fans were stunned. “You’re not my sister Maya. You’re not Maya at all,” her sister Nicole said to her in 2015. “You’re Myron, my brother.” This classic B&B episode was controversial and unprecedented and ended up making headlines around the world.

The Steve and Kayla love story is so timeless that DOOL fans still revel in the romance that unfolds between these two to this very day. Back in the late ‘80s when they were first falling in love, viewers fell hard for this scrappy thug from the wrong side of town who was smitten with Salem’s girl next door. An iconic moment for these two was when Kayla helped take care of a beaten-down Steve, thus removing his patch to help clean a wound of his. Audiences were never shown what lay behind the patch, but the enduring part of this moment was how Kayla was not at all affected by whatever she saw and simply carried on with her nursing duties. What would follow is a beautiful love story between these two, and many incredible romantic memories along the way.

1. GH: Luke and Laura Get Hitched

To this day, the episode of Luke and Laura’s wedding stands as the most-watched soap opera show in American history. The episode took place in November 1981 was an hour-long, and 30 million fans tuned in to watch their favorite soap opera couple get hitched. Fun fact: in 1996, the event hit number 35 in TV Guide’s “100 Most Memorable Moments” in television history. 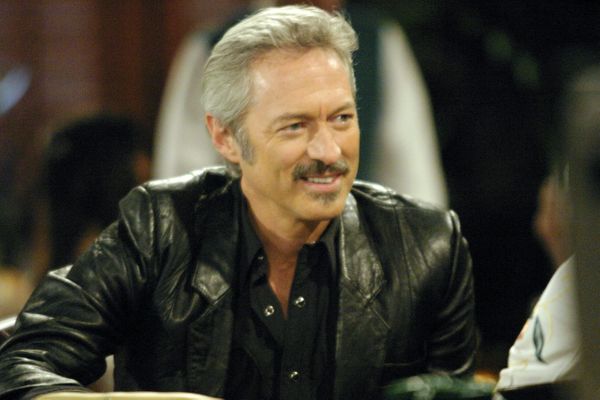