Soap operas have been a part of our daily lives for decades and over the years fans have seen many scandalous storylines. Sometimes, the writers don’t get it right though, and fans are left with some really ridiculous storylines as a result. Below is a list of cringe-worthy storylines to ever hit daytime television!

Y&R’s Cane Ashby arrived on the show in 2007 as a bartender at the nightclub, Indigo. This handsome young man with his alluring Australian accent quickly became a lead character and a fan-favorite. But good things don’t always last. Goddard was fired from the show and viewers watched as he was shot. When heartbroken Y&R fans campaigned for his return, he was rehired. The fans had spoken and Y&R listened! But how would writers explain how Cane was brought back to life? With Lily seeing the ghost of Cane, of course! Believing that she was going insane, she sought out a therapist’s help. However, the man believed to be Cane who was shot on screen was none other than his long-lost identical twin Caleb! Cane was back, and while this was most definitely some cringe-worthy storytelling on Y&R’s behalf, fans were just happy they brought back their favorite Aussie. 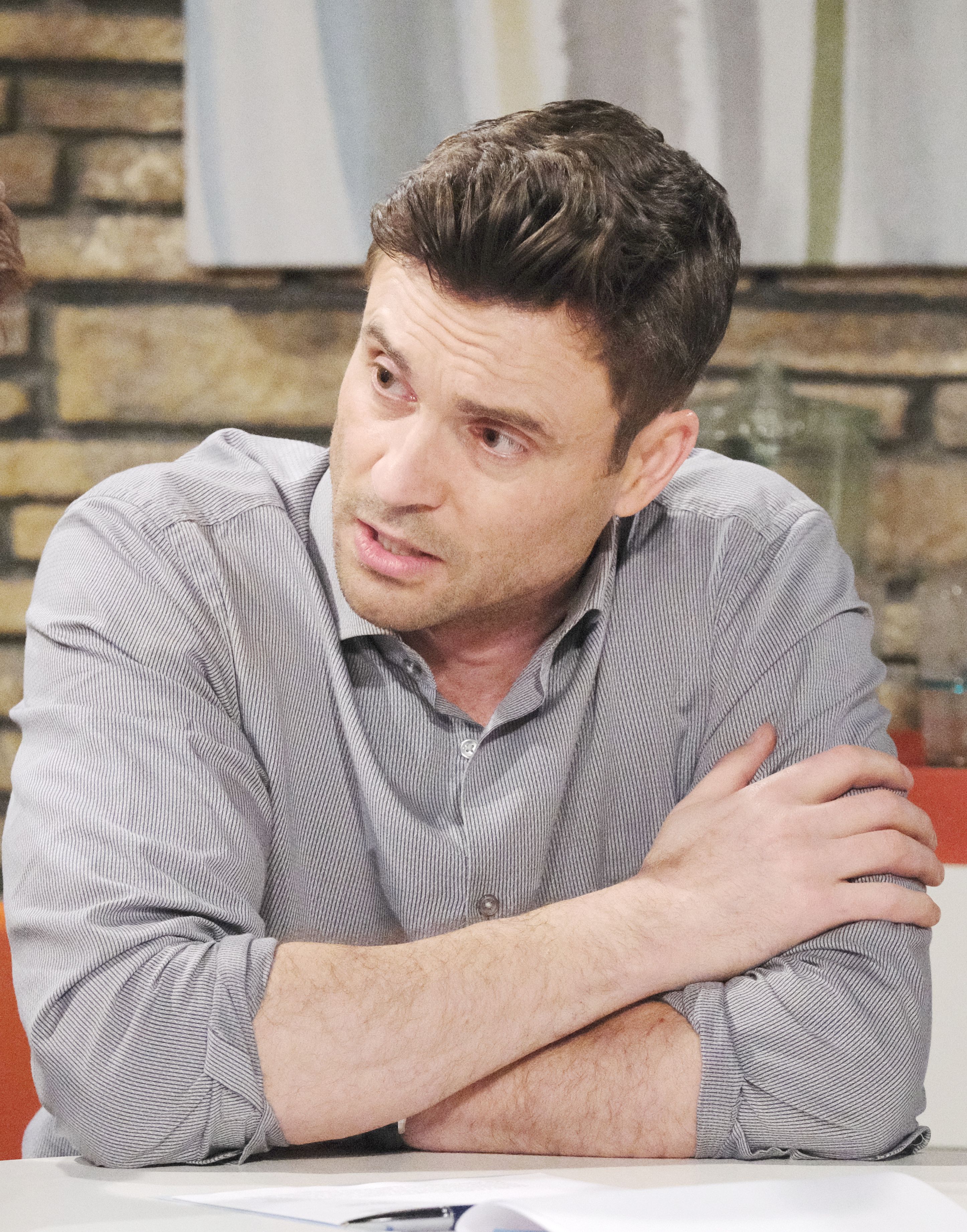 One of this iconic soap’s most unbelievable storylines was back in 1981 when Alexandria Quartermaine acquired the infamous Ice Princess, the world’s largest uncut diamond in Rio. She had it sent to Port Charles, but during the shipment, the diamond was stolen. Luke Spencer was hired to find the thieves and get the diamond back into their possession. Luke, Laura and a WSB agent found themselves on the private island of the Cassadine family where they discovered that Mikkos Cassadine had plans to create a new Ice Age and Port Charles was going to be the first to freeze! Enter the hero, Luke. He managed to turn off Mikkos’ weather machine and the head of Cassadine family was axed in the process. But really, can a diamond rule the world and can a weather machine create an Ice Age? Not likely! 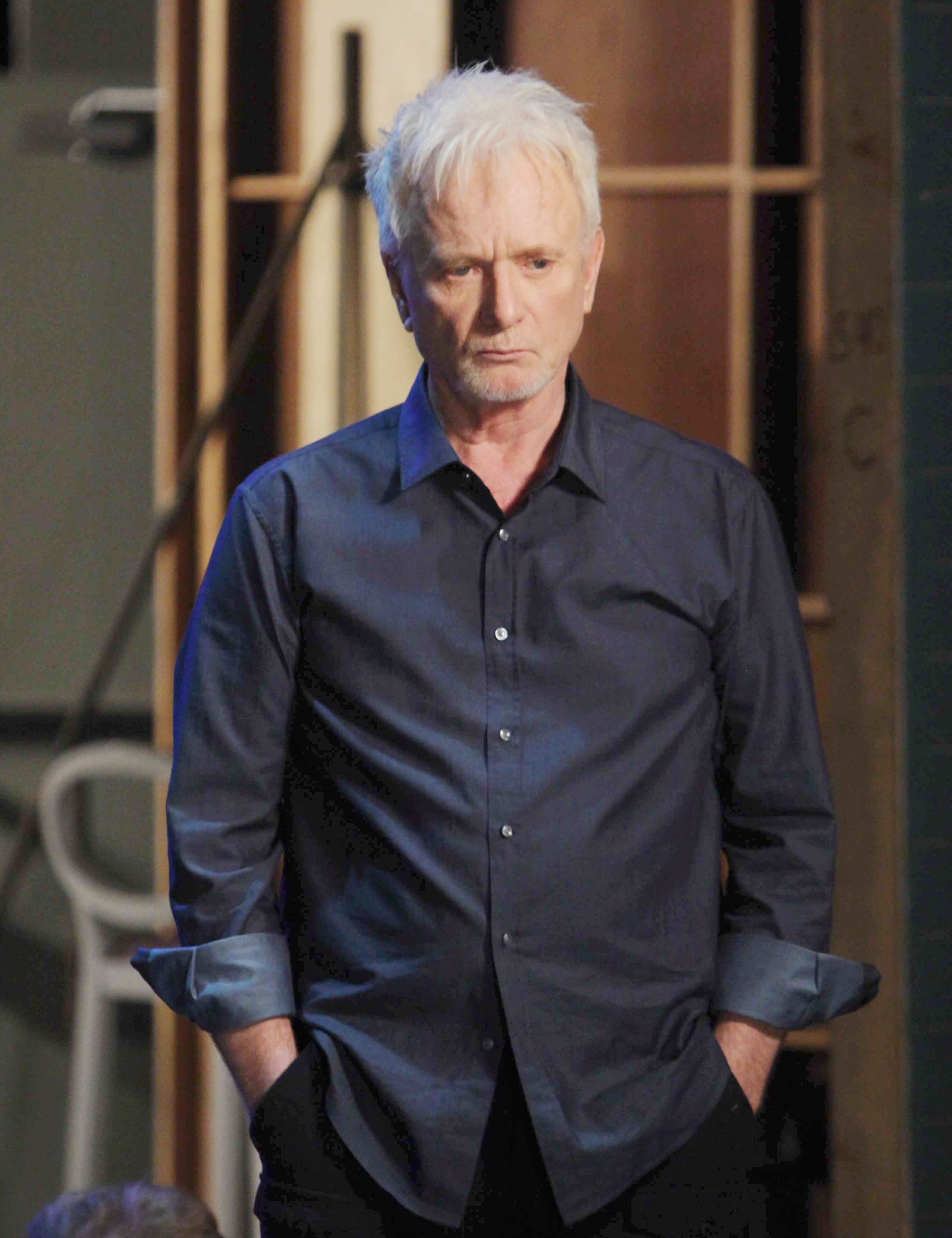 On DOOL, actress Eileen Davidson occasionally plays Kristen DiMera as well as Ashley Abbott on Y&R. Davidson, playing character Kristen DiMera, joined the cast of Days in 1993. One of her most challenging and cringe-worthy storylines was when she managed to play FIVE different characters at the same time. Her main character Kristen DiMera began her stint on Days as a heroine but eventually was portrayed as more of a criminal. The writers created a second role for Davidson as the outrageous Susan Banks, who was a Kristen lookalike. Two characters by one actress is still very conceivable. Then, the new head writer, James E Reilly, created three more roles, albeit minor ones for Davidson — Sister Mary Moira, Thomas and Penelope. How did the viewers keep track? How did Davidson keep track? While it was all a little too much, Davidson’s work on maintaining five simultaneous roles earned her a Daytime Emmy Nomination for Outstanding Lead Actress in 1998. 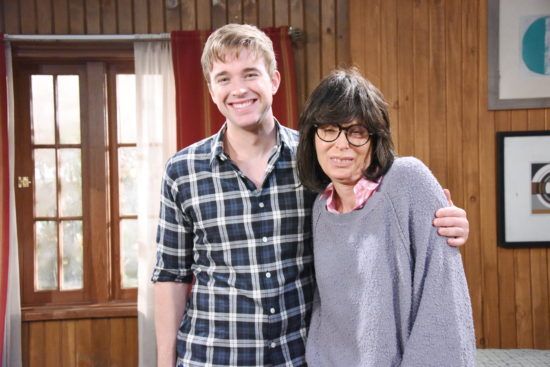 Y&R star Eric Braeden plays the great Victor Newman. He is a no-nonsense man that demands loyalty. Viewers have come to expect Victor’s incredulous acts of manipulation and unscrupulous behaviors. He truly believes that the things he does are warranted, but this one takes the cake. As the main antagonist of Y&R, Victor really crossed the line in 1981. His wife du jour, Julia, was working as a model for photographer Scott Michael. Eventually, they slept together while Victor was away (it is a soap opera after all). Suspecting an affair, Victor recorded conversations between the two lovebirds. When he confirmed that Julia did have a lover, Victor imprisoned Scott inside the Newman Ranch bomb shelter. He even fed his captive a rat! As if that isn’t extreme enough, he forced the man to watch him and Julia make love via closed-circuit TV. How low can Victor go? 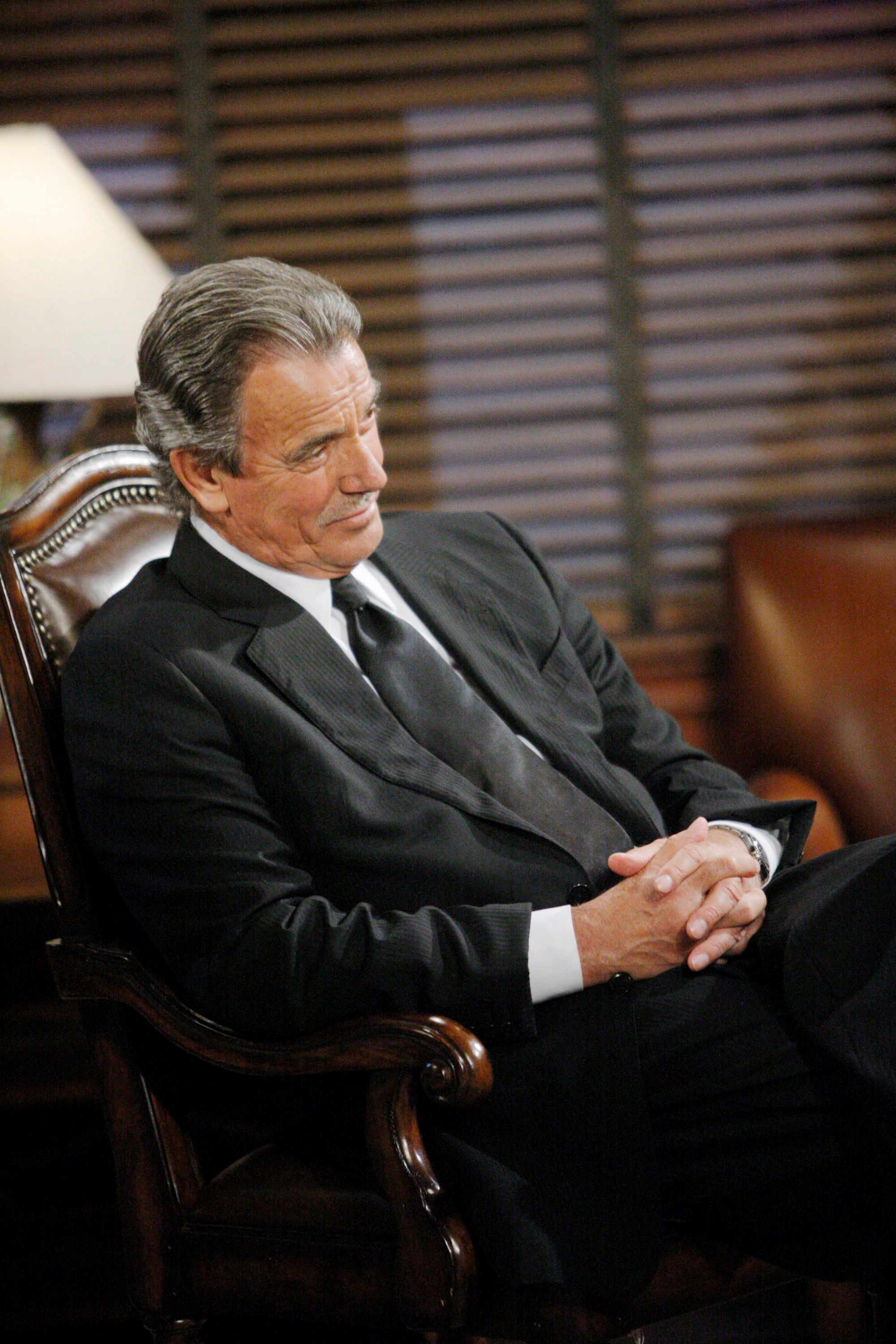 Breast cancer affects so many people and, while curable, it’s not easy! So, when writers for GH created a storyline for Emily Quartermaine (Natalia Livingston), who was battling an aggressive form of breast cancer, viewers were hopeful for her recovery. In typical love triangle fashion, Emily was in love with Nikolas but believed she needed to stay loyal to her other love, Zander. She disclosed her diagnoses to Zander and he promised to stay by her side. She loved Zander, but couldn’t get Nikolas, who was betrothed to a distant cousin, out of her mind or heart. Emily was informed that her chemo treatments were ineffective, and she contracted meningitis. Because her vitals were failing, she wanted to do something thoughtful for Zander, so they got married. As she succumbed, she had a dream that she had married Nikolas, and they kissed. When Emily awoke, her health had miraculously improved. A dream had apparently cured her! 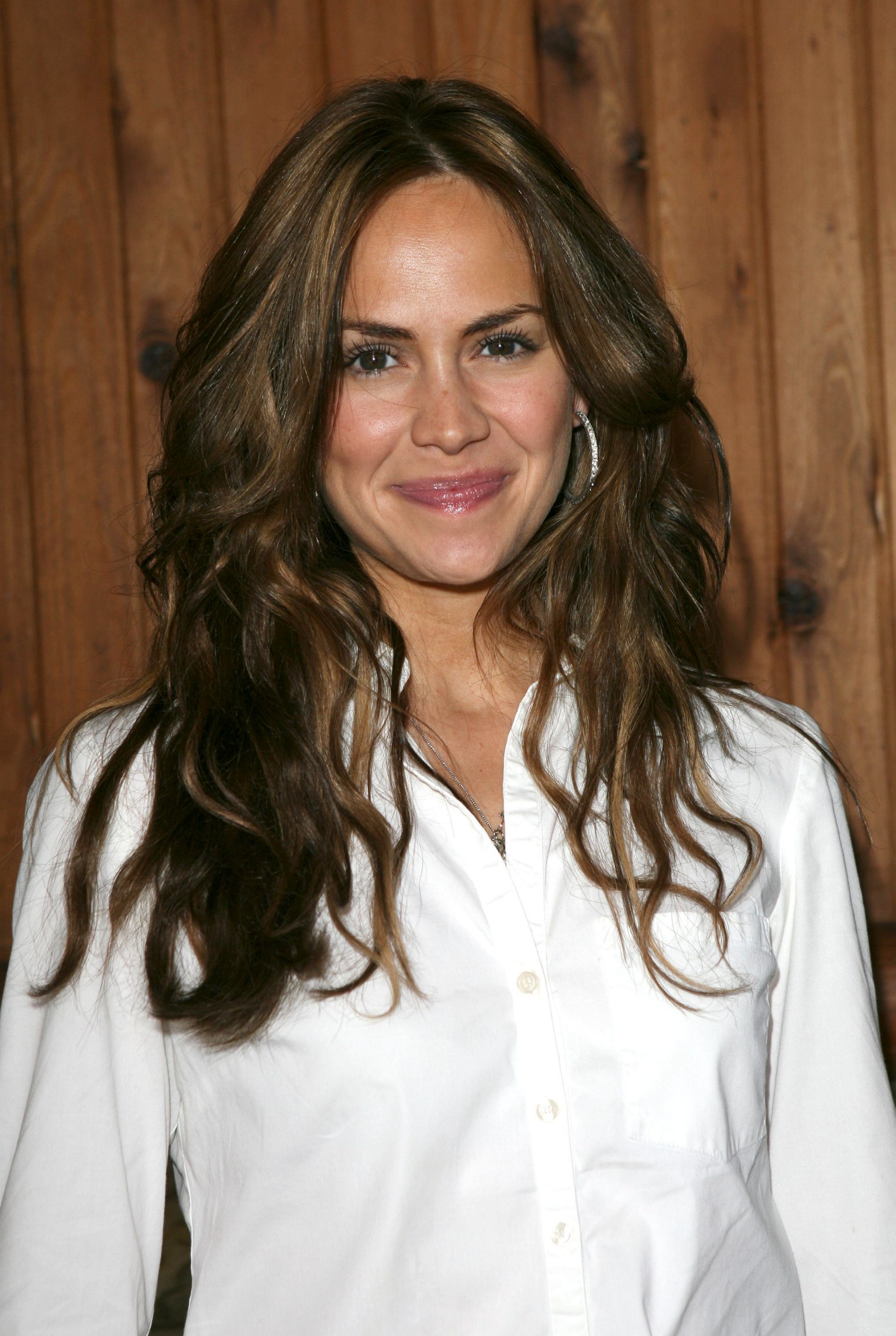 In 2007, execs at Y&R spent approximately $2,000,000 in an effort to boost ratings. This storyline started with the construction of a dream resort and casino in Clear Springs, a town near Genoa City. The crazy thing about the “Clear Springs Explosion” was that thirteen main characters (both friends and enemies) were trapped in vast amounts of rubble. Alliances were formed in order to survive. This cliffhanger had invested viewers wondering who would escape the wreckage alive. With a vast number of lives in jeopardy, all were at risk. Was it contract renewal season? Victoria was the most seriously injured while trapped when a large boulder hit her on the head.  She was comatose, hospitalized and eventually given a cesarean to save her baby, a son named Reed. Despite the huge budget to create this dramatic storyline and the many injuries in this horrific catastrophe, no one — that’s right, no one — perished. 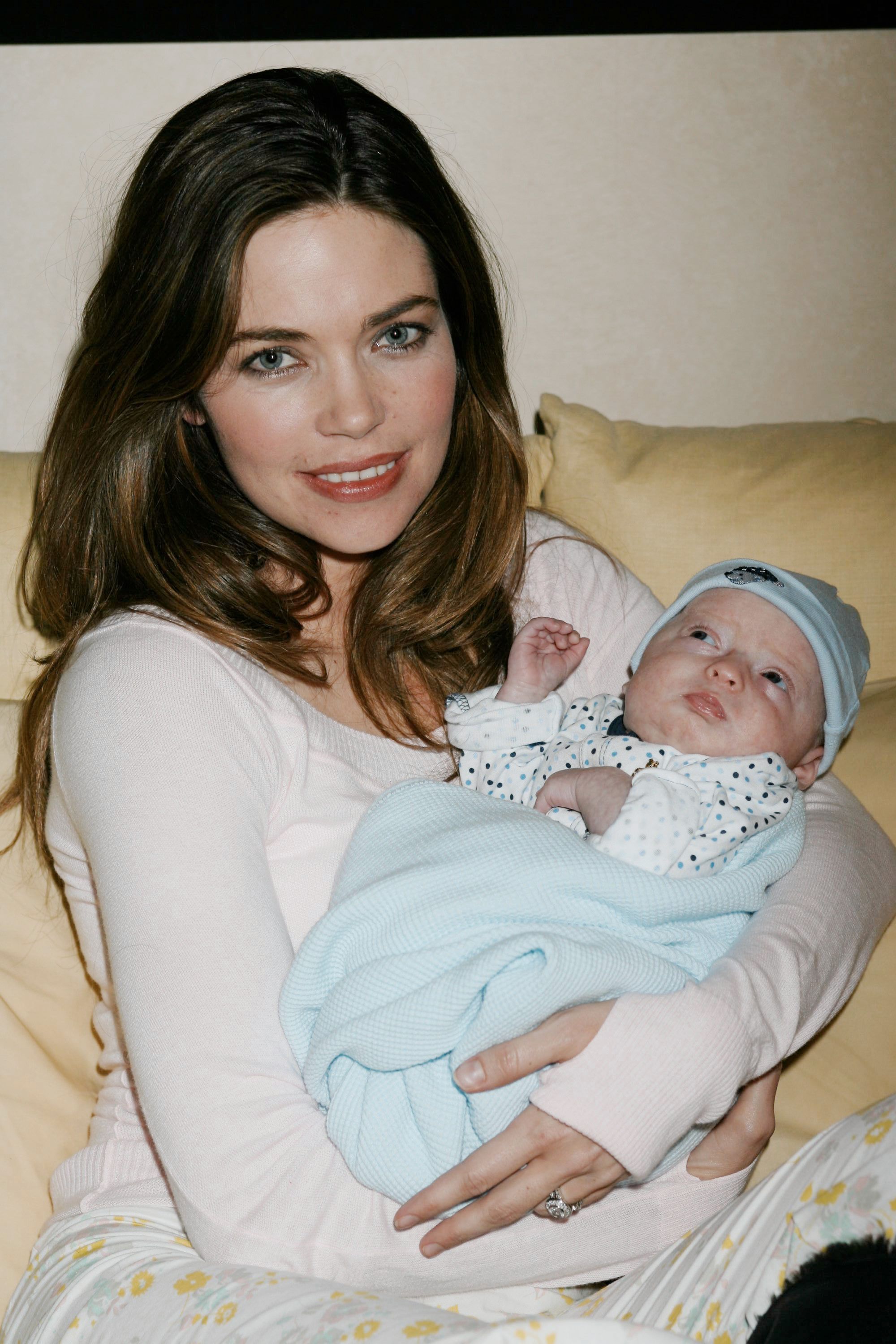 Everyone knows sibling rivalry is alive and well in even the best of families, but would anyone actually try to sell a sibling? Well, someone did on DOOL. Samantha Brady, known as Sami, first appeared as a teenager in 1993. Known as the character that viewers loved to hate, she was at the center of many incredible storylines. But the most eyebrow-raising is the time she tried to sell her own sister! Sami was a teenager when she caught her mother having sex with a man, John Black, on a table at work. To escalate the situation, her mother discovered she was expecting. Wishing to protect her father from learning of the affair, Sami, now working at the hospital, switched her mother’s blood tests when she discovered the baby was actually John’s. After baby Belle was born, Sami panicked when her mother thought to have more blood tests done. Not thinking clearly, Sami kidnapped the newborn and tried to sell her on the black market. Thankfully, John Black discovered her plan and tracked down Sami and Belle before the transaction was completed. Sami’s plan did keep her father from discovering the truth about Belle’s paternity, even if it was just temporary. This storyline seemed a little too far-fetched, even for a soap opera. 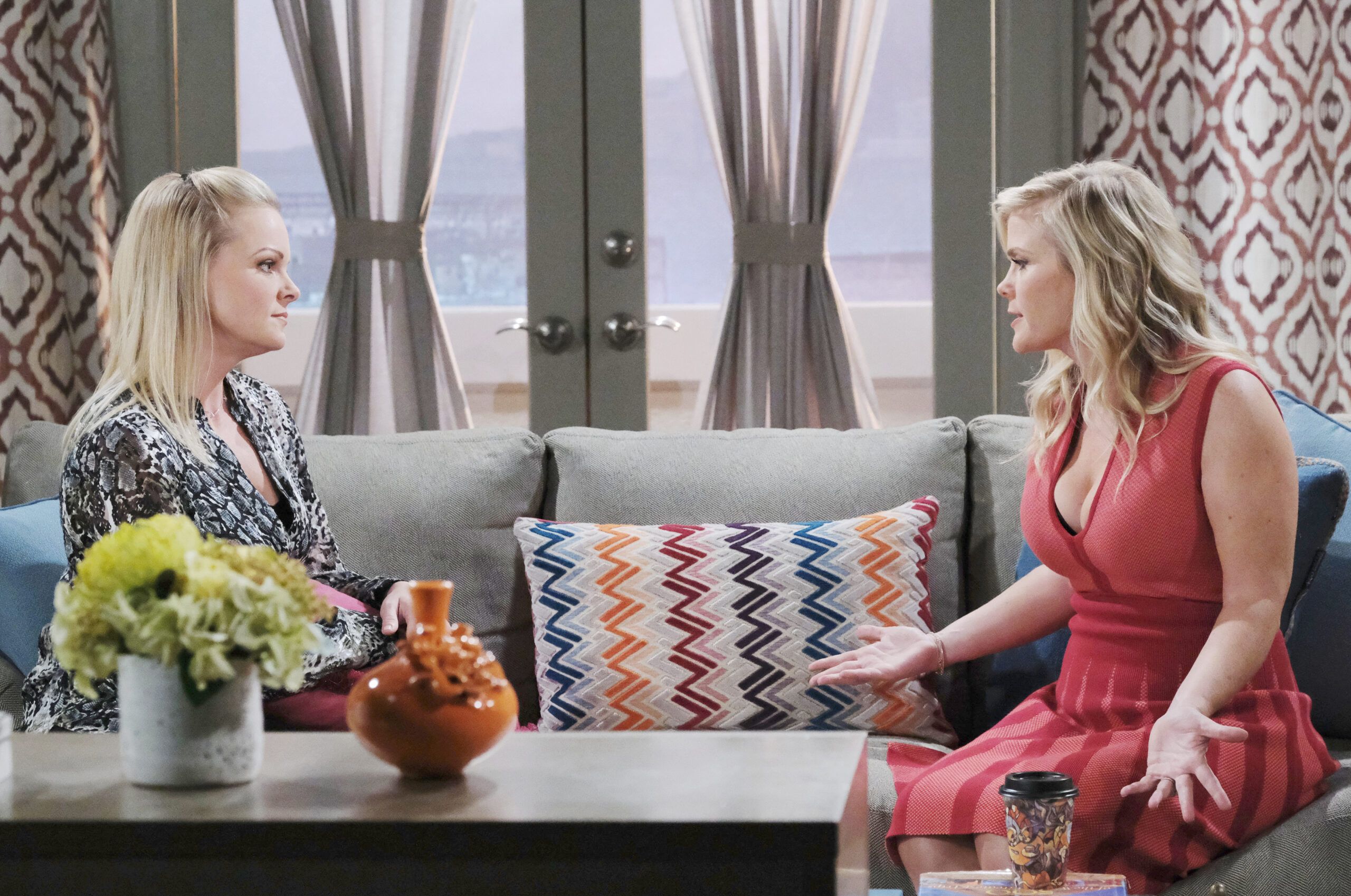 General Hospital’s Diego Sanchez Alcazar joined the cast as a troubled foster child in the town of Port Charles. Diego committed petty crimes but he redeemed himself when he saved Brook Lynn Ashton from a mob-related warehouse bombing. Believing his father was mob boss Sonny Corinthos, he decided to try to make a name for himself with the mob. Diego was shot and thought to be deceased. But his storyline wasn’t over. He secretly returned to Port Charles to avenge his father’s death. He became the “Text Message Killer.” Diego started his killing spree by strangling a nanny with a telephone cord and then the texts began. He launched thirteen attacks and four characters perished as a result. Diego met his end when he and Nikolas struggled and a rope got tangled around Diego’s neck. Diego tried to get away, but fell off the end of a catwalk and was hung. The Text Message Killer was no more. 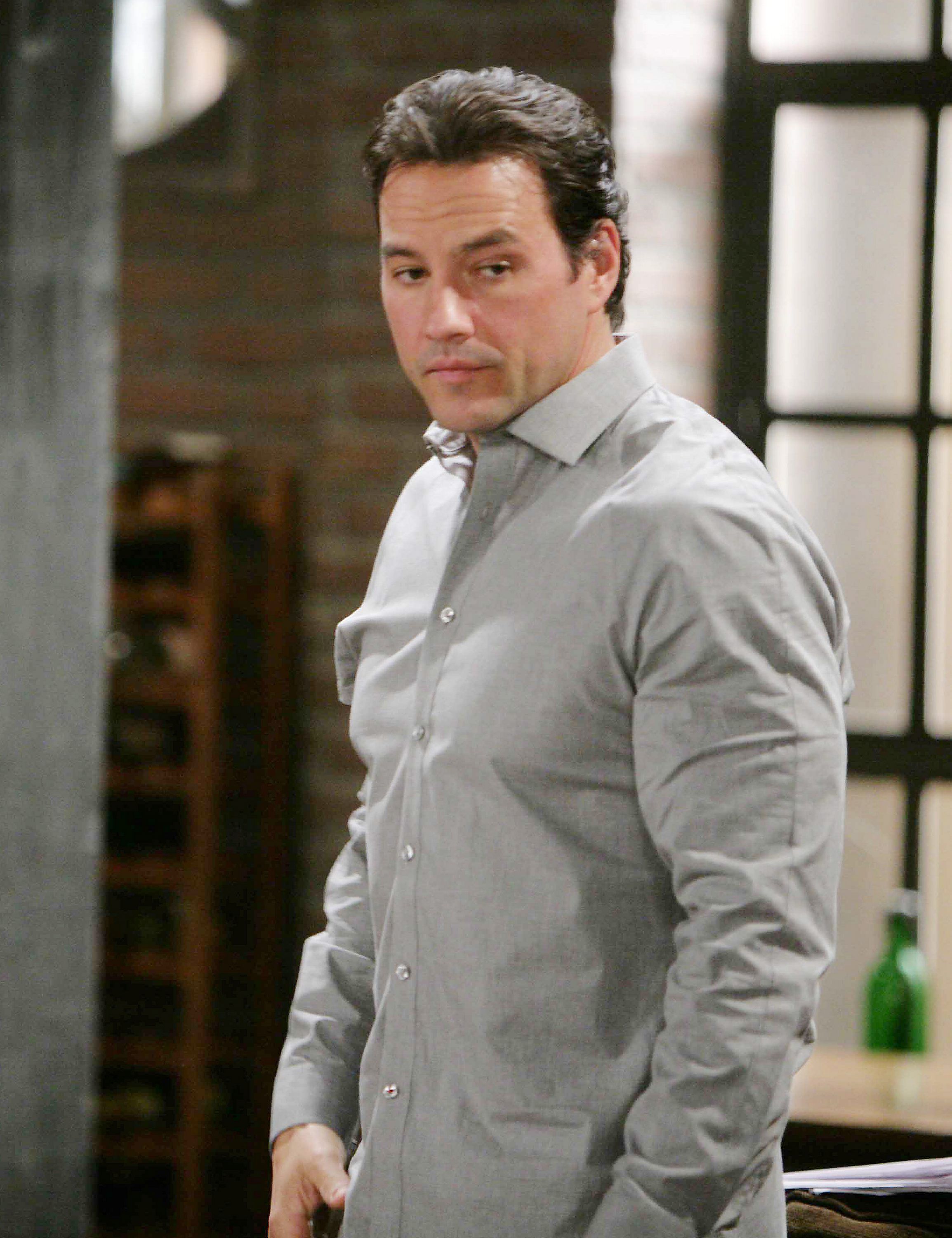 It’s not very often the soap writers include wild animals in their storylines. On B&B, two rivaling characters were Pamela and Donna. Pamela was close to shooting the source of her sister Stephanie’s heartache, Donna. In a remote cabin in the woods, Donna was about to escape but noticed an enormous bear lurking outside. She calculated that her chances of survival were better with Pamela than with the wild bear, but Pamela knocked Donna unconscious, tied her to a chair and covered her with honey! Her plan was to entice the bear into eating Donna. Donna begged and pleaded for Pam to stop. She struggled and screamed when Pam opened the door and let the bear inside! Then a knight in shining armor appeared! Owen bravely banged pots together to scare off the bear, rescuing Donna, while Pam ran off. It’s funny to think that this is the same Pam that is famous for her Lemon Squares that she always has freshly baked and ready on her desk. 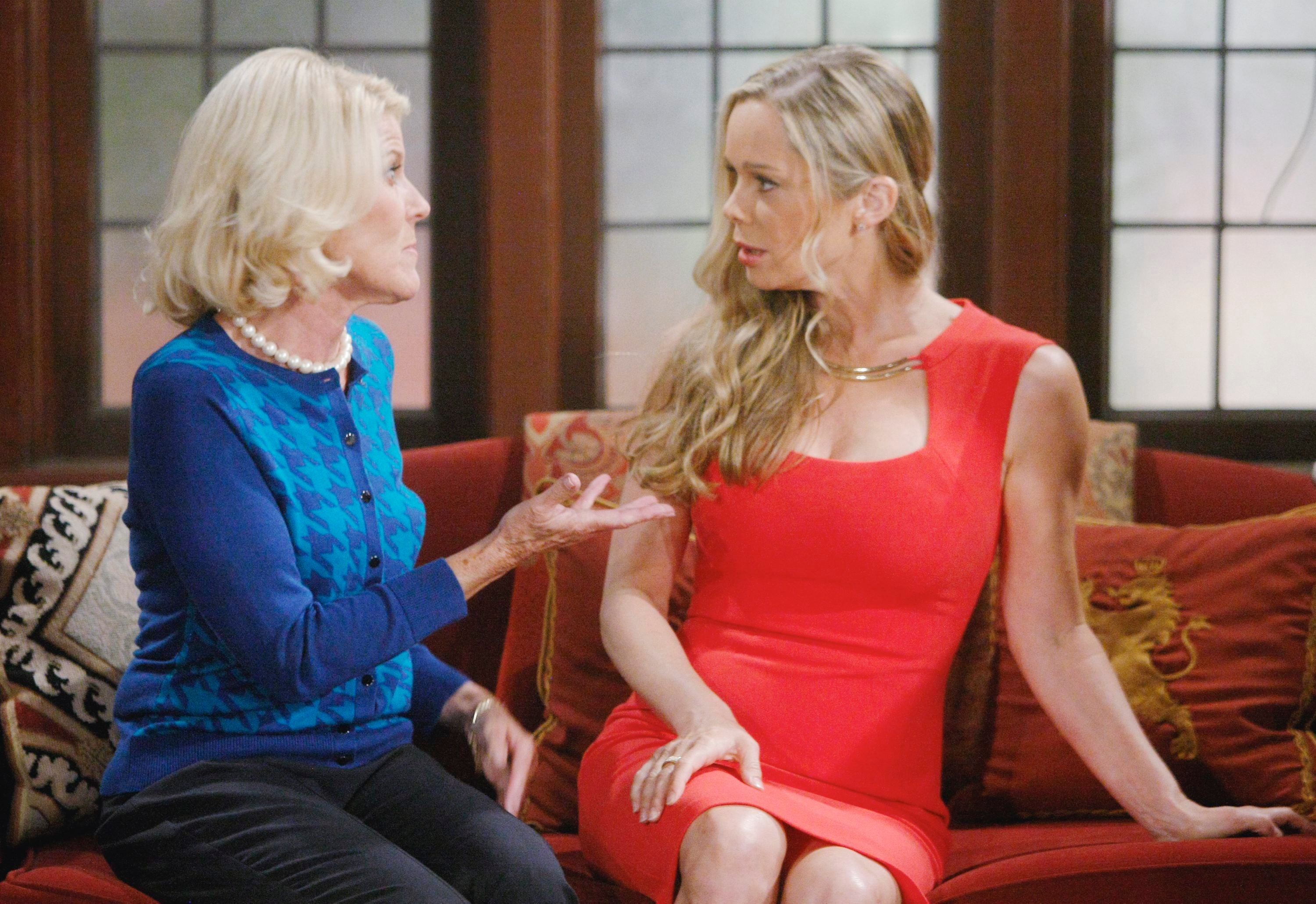 3. DOOL — Alice Getting Killed by a Donut

DOOL’s writers seem to love serial killer storylines! In 2003-2004, the town of Salem was terrorized by The Salem Stalker. After writer John Reilly returned to the show, he attempted to increase faltering ratings with this new storyline. It took place on an island called, “Melaswen,” which is literally ‘New Salem’ spelled backward. A classic murder mystery took a turn and became one of the most cringe-worthy storylines, causing fans to simply roll their eyes and shake their heads. Several main characters were killed off in really ridiculous ways, causing viewers wondering what on earth was going on! Tony was mauled by a tiger, then Alice being killed by the stalker with none other than a poisoned donut! The best eye-rolling moment was when John caught a bullet in his hand and shot it back with his fingers! 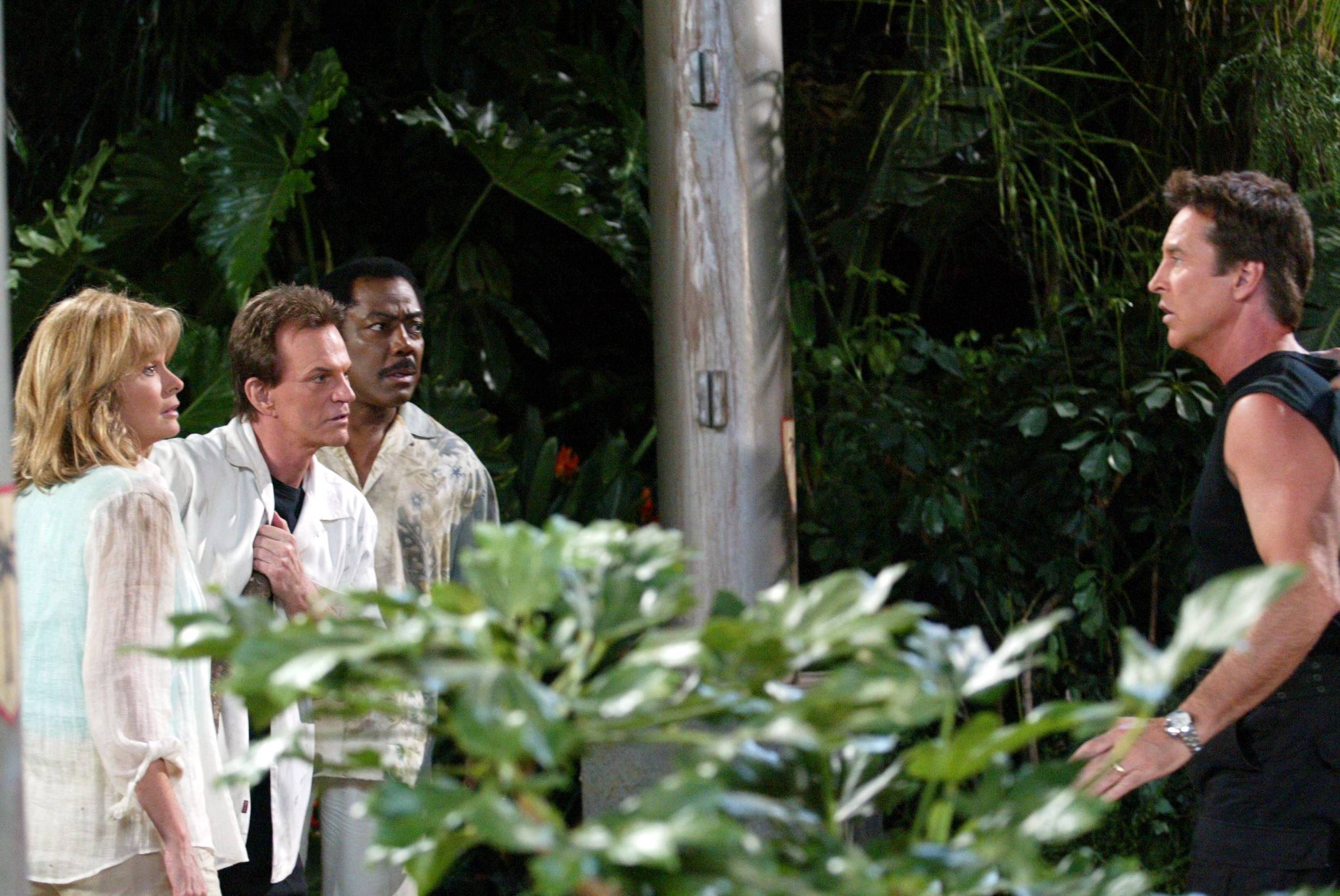 2. All My Children — Erika Kane’s Unwanted Child Ends Up Alive

This is a throwback to the 1970s. In 1973, Erika Kane was the first TV character to obtain a legal termination when she was expecting. This very contentious storyline played out the same year as the Supreme Court Roe v. Wade ruling took place. Erica was married, bored with her domestic life, and so she started a career in modeling. When she discovered she was expecting, she decided to secretly terminate to move forward in her career. This subsequently resulted in her husband finding out, the marriage falling apart and ending in separation. This was a very risky storyline at the time. Viewers thought that this was the end of it, but many years later, in 2005, a writer rewrote the story. She had Dr. Greg Madden transplant the embryo into his own infertile wife and they raised the child as their own. When the child, now grown, came to Pine Valley, it was revealed that he was Erika’s son, the child she thought she had terminated. Regardless, this was a politically-charged storyline that had many shaking their heads. 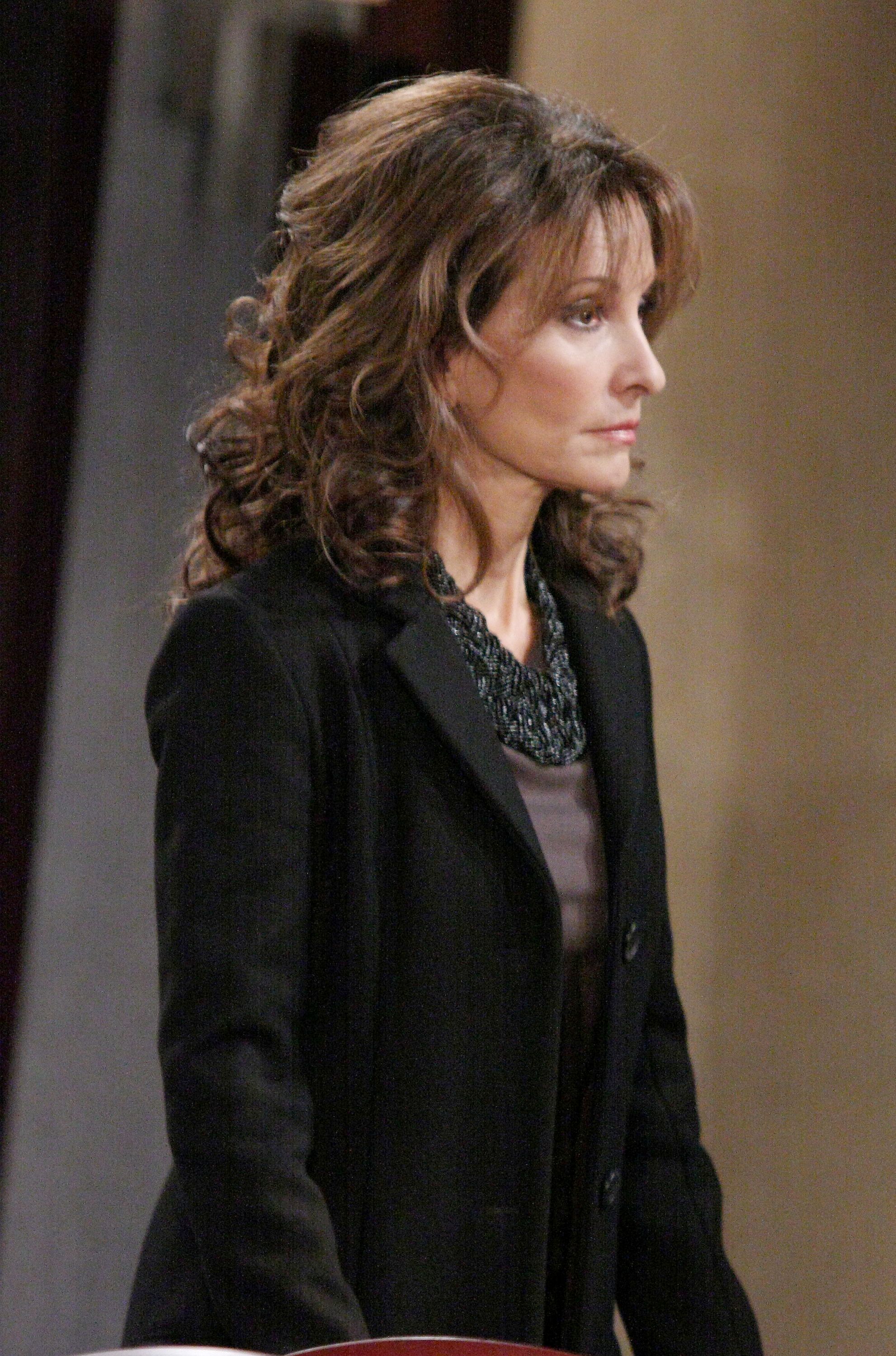 On Y&R, Katherine Chancellor (played by Jeanne Cooper) was a leading character on the show for 40 years. She had many incredible storylines, but the most stunning was the time her character had a facelift, which isn’t so unusual in itself – but the actress herself actually had a facelift and allowed it to be filmed and chronicled on the show! It was 1984 and it was the first time a real surgery was shown as part of a storyline. It was referred to as the first “extreme makeover.” Viewers had the privilege of witnessing her journey and when the bandages were removed, the cameras captured Jeanne’s genuine reaction to her new face! Watching real surgery can most definitely be cringe-worthy, especially for the squeamish, but the opportunity given to the viewer is quite a reflection of Jeanne’s dedication to her role. 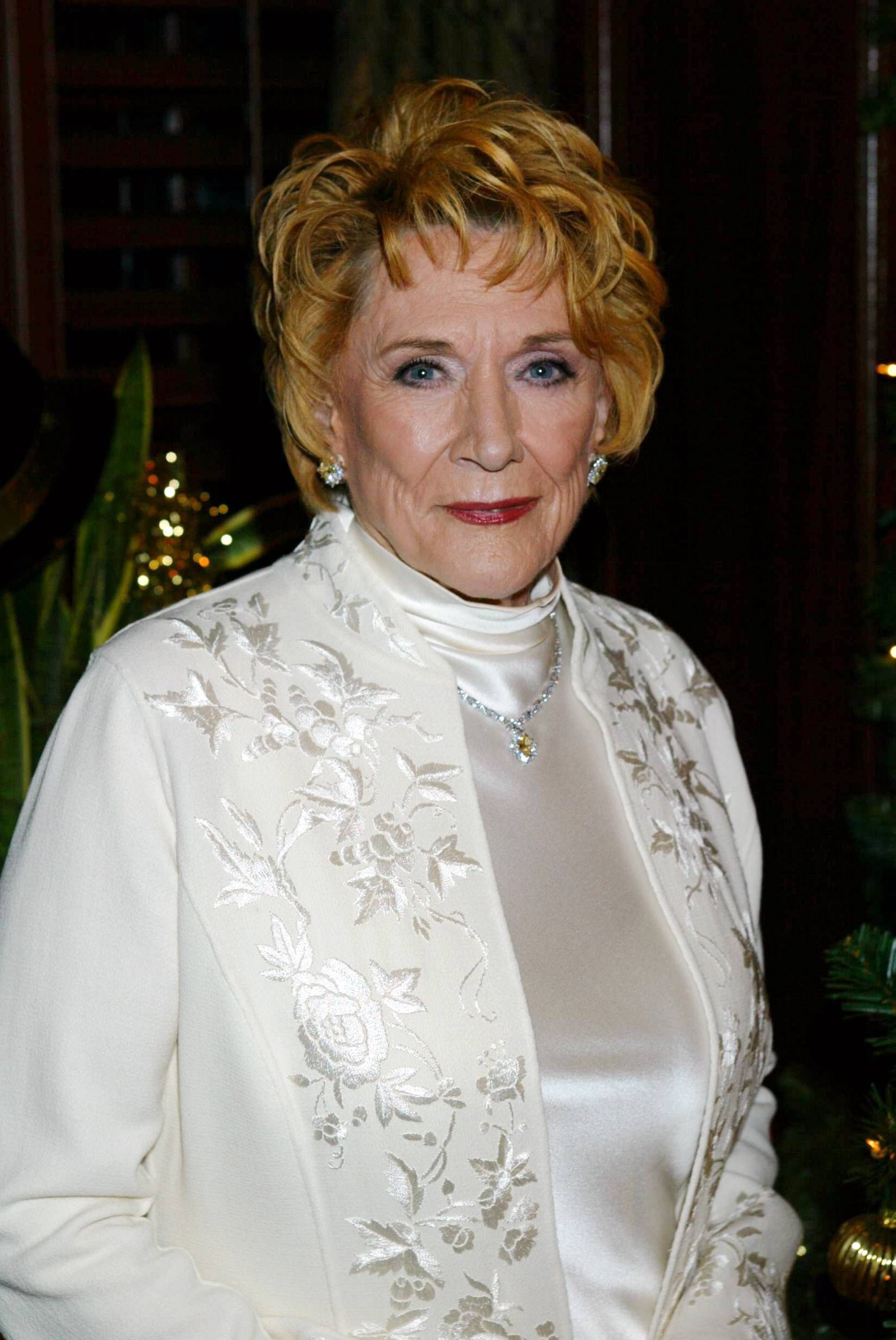 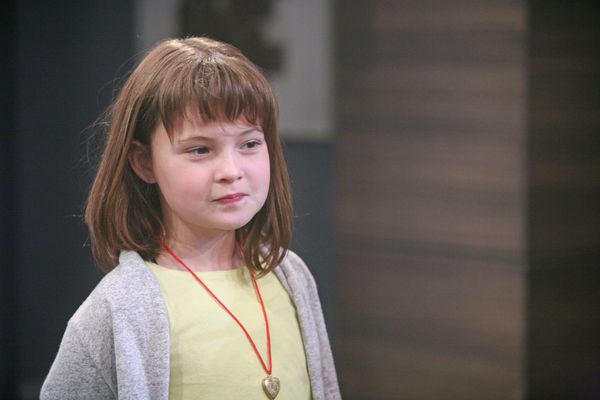